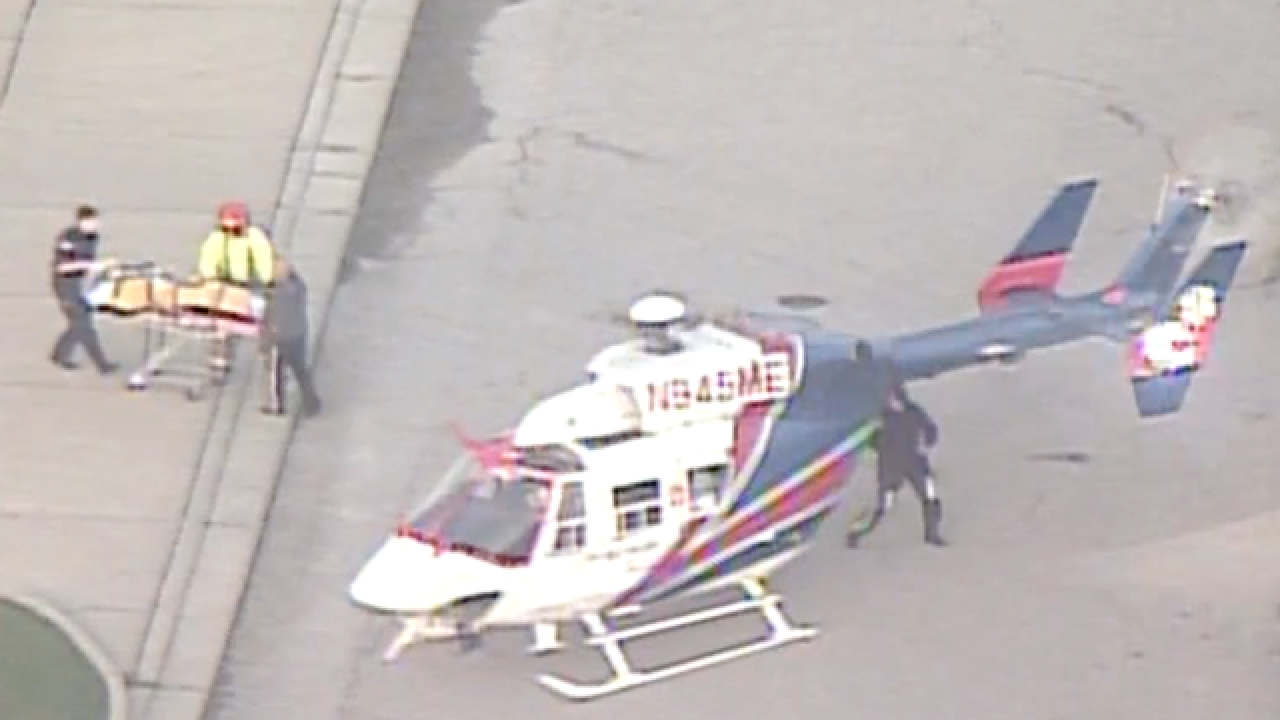 Copyright 2017 Scripps Media, Inc. All rights reserved. This material may not be published, broadcast, rewritten, or redistributed.
Dan Carroll | WCPO
<p>Hunter Donovan, a senior at Walton Verona High School, was flown to the University of Cincinnati Medical Center for treatment.</p>

WALTON, Ky. -- A 17-year-old senior at Walton Verona High School has died from injuries he sustained after he was struck by a car last month.

Donovan was struck by a driver on Nov. 15 at the intersection of Mary Grubbs Highway and Towne Center Boulevard, police said.

Police said Donovan was injured when Tara Koors, 51, of Walton, struck him with her 2005 GMC Envoy. Koors was traveling westbound on Mary Grubbs Highway in the left lane at the intersection with Town Center Boulevard on a green light when she struck the teenager. She was not injured in the crash.

Police said Koors is cooperating with the investigation. No charges were filed against Koors.

Any witnesses are asked to contact Deputy Dustin Bowling or Lt. Chris Hall of the Boone County Sheriff’s Department at 859-334-2175.