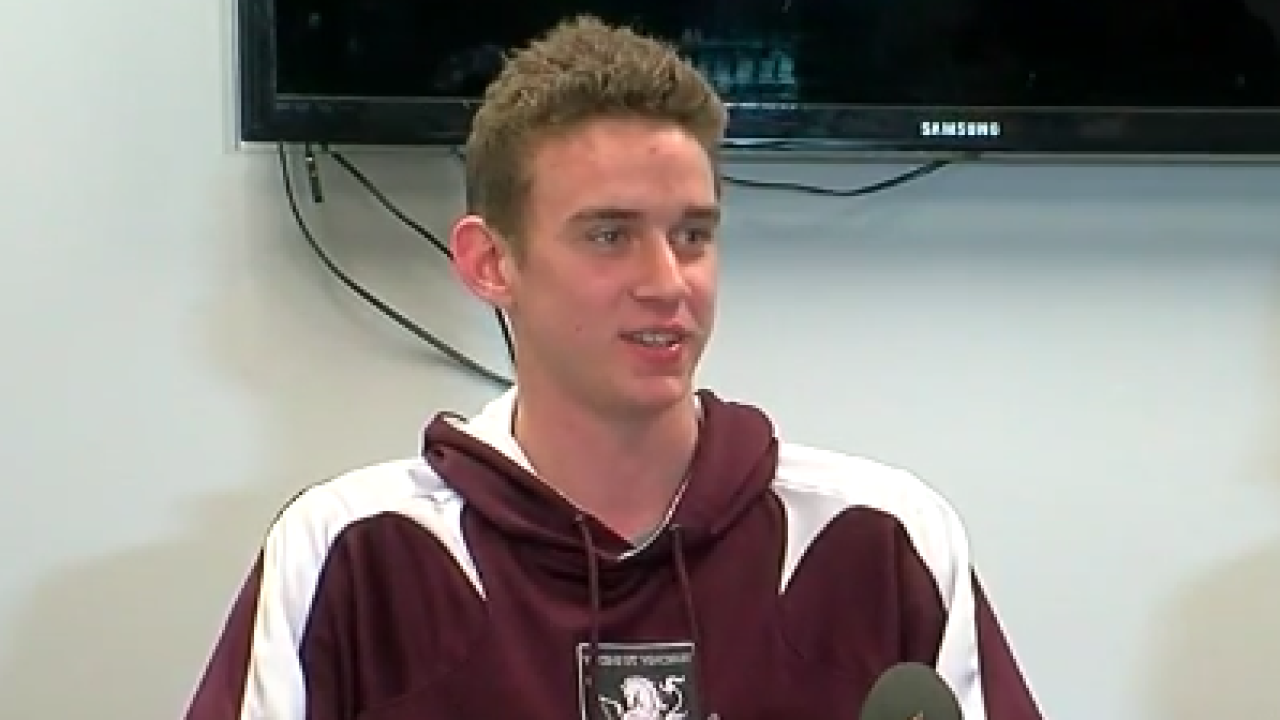 Copyright 2019 Scripps Media, Inc. All rights reserved. This material may not be published, broadcast, rewritten, or redistributed.
WCPO
Jerome Kunkel

WALTON, Ky. — An 18-year-old student and his attorney say they will keep fighting after a judge upheld a health department ruling restricting unvaccinated students from attending school.

Jerome Kunkel has refused to get the vaccine even after a chickenpox outbreak at his school, Assumption Academy, in February. He said banning him from school violates his religious beliefs.

“I’m definitely devastated by the judge’s ruling. It doesn’t seem logical to me,” Kunkel, a star on the basketball team, told WCPO on Wednesday.

“The 2005 Vatican statement says the use of these vaccines with aborted fetal cells in them is morally wrong. It’s always going to pose a moral issue."

Kunkel and his attorney, Chris Wiest, who represents 25 students, say they will appeal.

“We don’t believe the health department met its burden,” said Wiest. “They had the burden to prove that they used the least restrictive means possible to further a compelling governmental interest. There’s been no proof of that.”

“What the health department put in play isn’t stopping the spread of the chickenpox,” said Kunkel. “We’re still going to church together. We’re still doing everything together.”

The initial plan was to bar all unvaccinated students from attending extracurricular competitions with other schools, but principal Father Daniel Muscha objected: That would ban the entire basketball team. Only 18 percent of the student body was fully vaccinated.

Muscha and the health department subsequently agreed to allow basketball players to compete as long as they passed an immunity test. Two failed — and one of them was Kunkel. He and his parents met with health department officials in an unsuccessful attempt to contest the ban.

Mary Parker, who used to be a teachers’ aide, argues that everyone should get the chickenpox vaccine.

“As soon as you are in a large group of people like that, it doesn’t matter if you don’t believe in it — it’s something that you should protect everybody else,” Parker said.

Parker said she's had shingles twice and didn't think twice about getting the chickenpox vaccine.

"I think that, especially with chickenpox, the older that you are to get it it’s really dangerous. If somebody my age got chickenpox, it’s deadly," Parker said.

"I believe it’s not a deadly disease. My whole family, lots of them, had chickenpox and they never died from it. I seem perfectly fine," he said.

Wiest says they have 20 days to file their appeal filed and they are already working on it.

The Northern Kentucky Health Department said it did not want to comment.