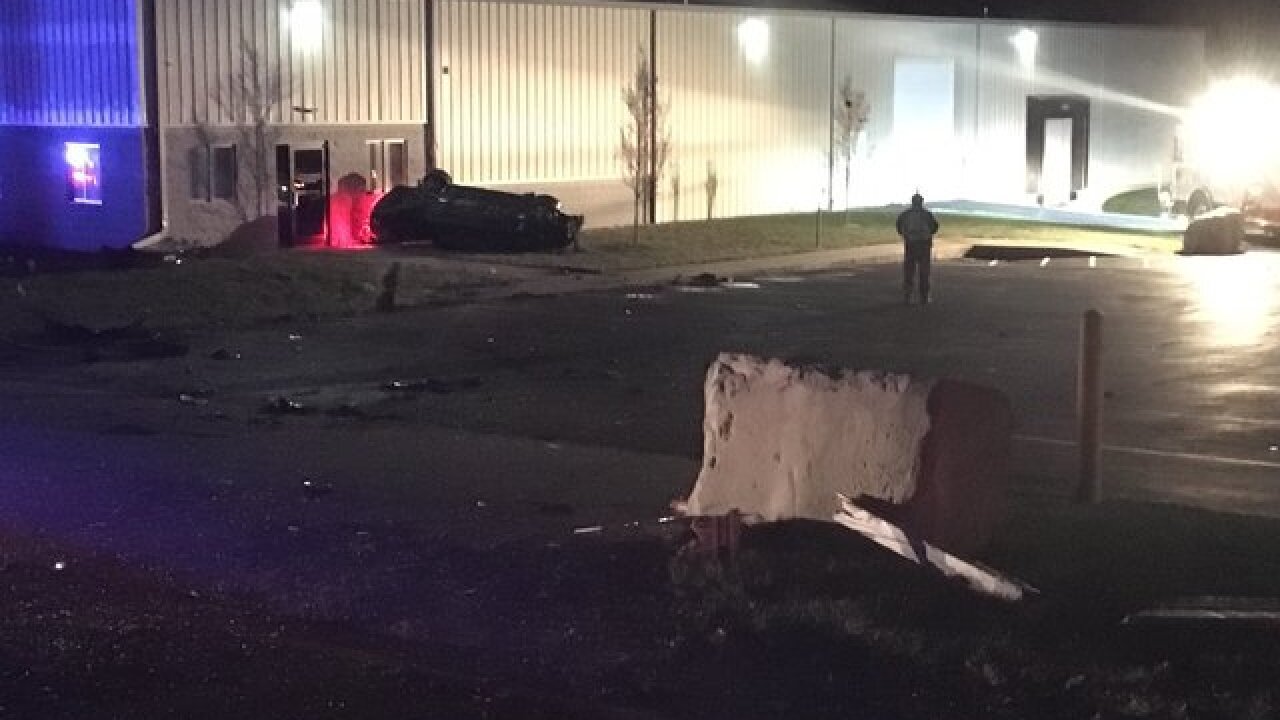 WALTON, Ky. -- Two people were taken by helicopter to the University of Cincinnati Medical Center with life-threatening injuries following an early morning crash in Boone County.

Police said Chandler Hancock, 24, of Independence, lost control of his 2017 Ford Mustang at 2:56 a.m. Wednesday at 11475 Old Lexington Pike. He drove into a ditch and continued for 315 feet until he struck a concrete culvert that sent his car airborne, crossing into the path of a semitractor-trailer heading north.

Hancock's car was thrown by the truck, flipping several times before it came to rest 125 feet away against the M & M Finishing company.

Hancock and his passenger, 24 year of Brien Dudley, of Walton, were extricated by the Walton Fire Department before being flown to the hospital.

Police said the road was closed for about four and a half hours. They said they suspected alcohol and speed to be factors in the crash.