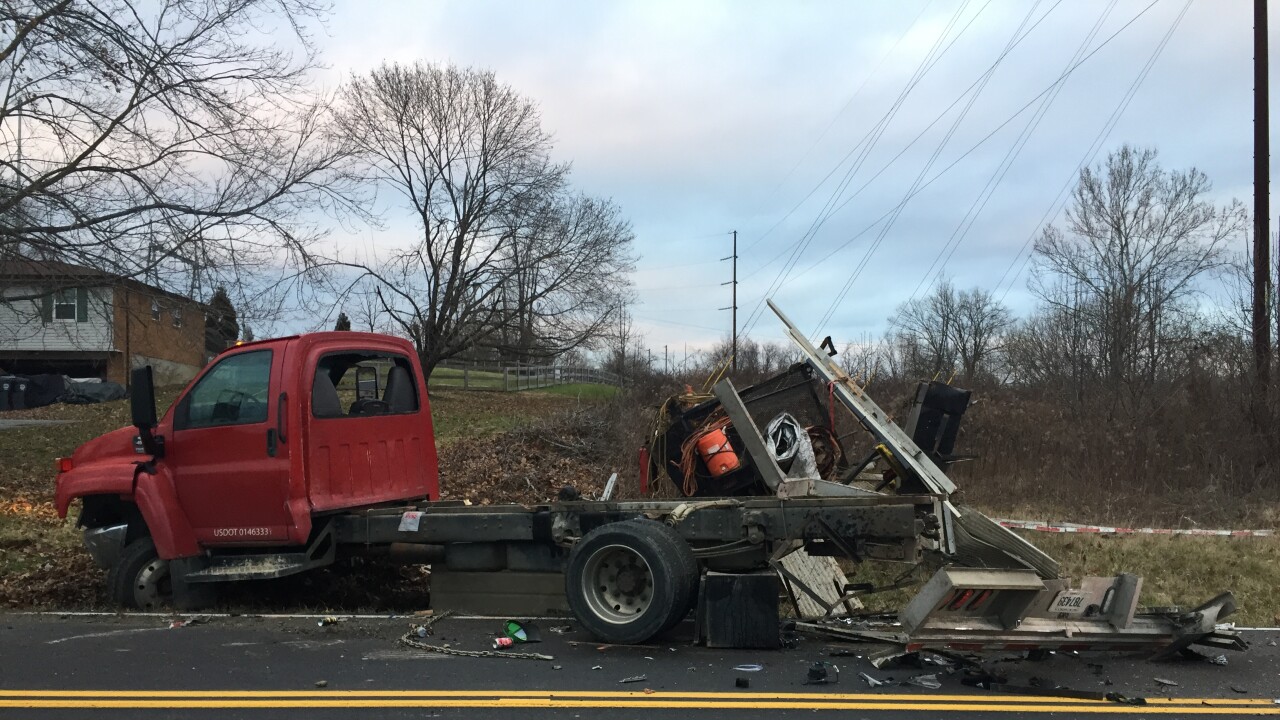 Boone County Sheriff&#39;s Office
One driver was killed and two children were injured in a crash on Richwood Road in Walton -- Jan. 9, 2019

WALTON, Ky. — One driver was killed and two children were injured when the driver of a flatbed truck crashed head-on into another vehicle at 7:20 a.m. Wednesday on Richwood Road in Walton.

The deadly crash was triggered when the flatbed truck’s right axles went off the side of the road, according to a news release from the Boone County Sheriff’s Office. The driver got the truck back on the road, but crossed the center line and struck a 2018 Honda Accord coming from the opposite direction. The 45-year-old driver was killed. Two children, both age 12, were transported to the hospital.

After the collision with the Honda Accord, the bed disengaged from the truck’s frame and struck another vehicle — a 2017 Toyota pickup. The driver of the third vehicle was not injured.

The driver of the flatbed truck was taken to the hospital.

The Boone County Sheriff’s Office is asking for any witnesses to call 859-334-2175. The accident reconstruction unit is investigating, according to the sheriff’s office.