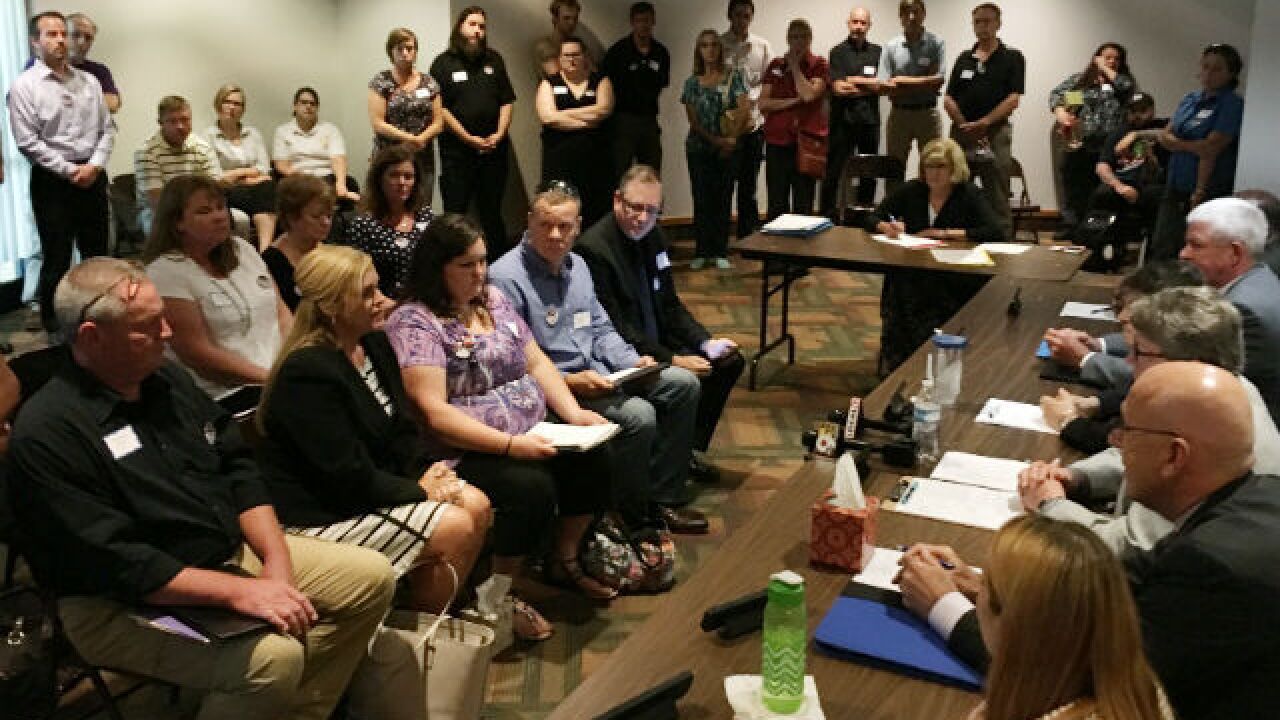 FRANKFORT, Ky. -- The 1991 crime was brutal: Terri Lindsley, a Union, Kentucky mother, stabbed 57 times in her home. Now, the convicted murderer wants to get out of prison on parole.

The victim's family traveled to Frankfort Monday to try to keep Douglas Reynolds behind bars.

Meghan Lindsley was 16 months old when Douglas Reynolds stabbed her mother to death just feet from where she slept. Now 26, Meghan pleaded with the Kentucky Parole Board to keep the convicted killer out of prison.

"Why should he get his freedom when I don't get my mom back?" Meghan said.  "The choice that he has made just can't be excused for any reason. The pain and suffering that we all feel is insane."

The murder took place  at the family's farmhouse as Reynolds delivered water there. He is serving a 25 years to life sentence and is eligible go free this October.

"This was my mom. You only ever get one. and I've lost out on that chance," she said through tears. "My son doesn't get to know his grandmother. I never got to know my mother. I can't tell you how much it hurts every day. Twenty-five years does not fix my life."

John Lindsley was at work when his wife was murdered. He said he still wants to know why Reynolds did it.

"It was just pure evil, that day in October of 1991, and I would implore you to deny parole for the maximum amount of time," she said.

Reynolds will make his case to the parole board on Wednesday from the Luckett Correctional Complex at LaGrange.