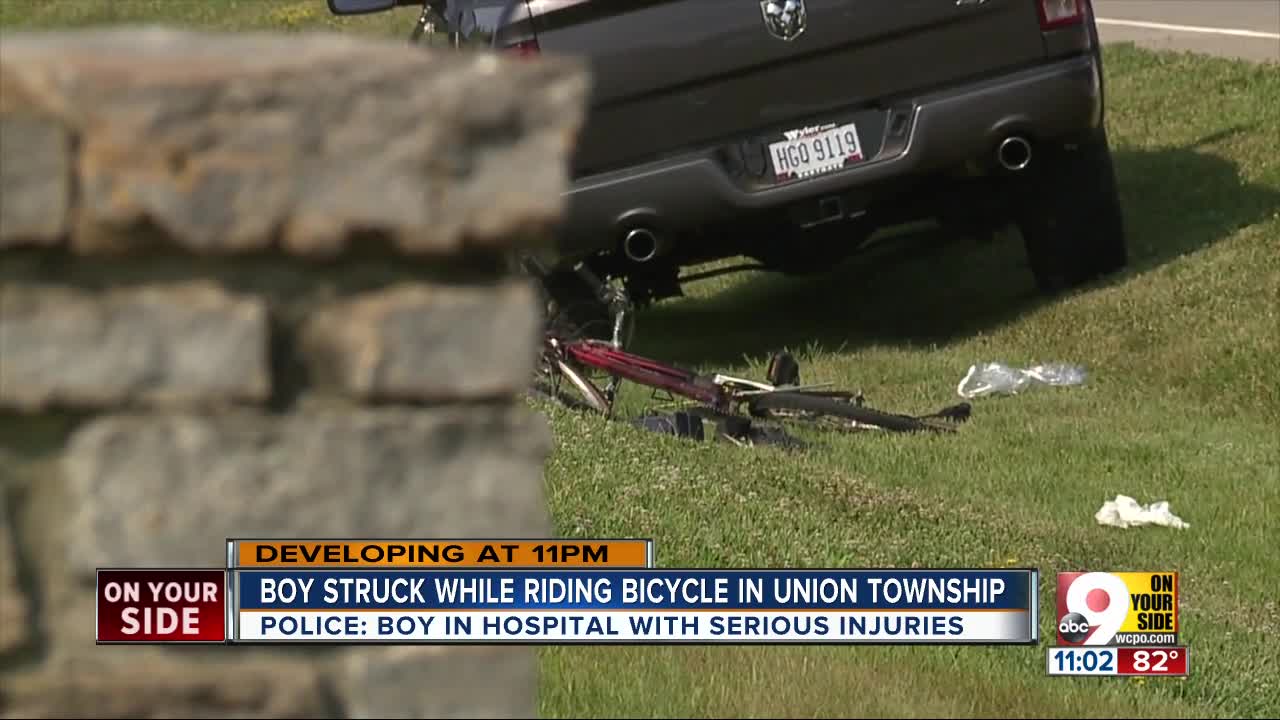 A Friday evening crash between a pickup and a bike on Tealtown Road left the young bicyclist with severe injuries, according to Union Township police.

UNION TOWNSHIP, Ohio — A 14-year-old boy who died while riding his bicycle Friday has been identified by the Hamilton County Coroner's Office.

Benjamin Murray, of Batavia, died Saturday at the University of Cincinnati Medical Center, according to a report from the coroner.

A Friday evening crash between Murray and the driver of a pickup on Tealtown Road left the young bicyclist with severe injuries, according to Union Township police.

A neighbor who declined to appear on camera said she had watched it happen feet from her driveway. According to her, the boy on the bike hadn't stopped at the stop sign separating Tealtown and Schoolhouse roads. She said the pickup's driver, headed north down Tealtown, didn't have enough time to react.

Brake marks at the scene indicate the driver likely tried unsuccessfully to stop before striking the boy.

The impact tore the front grill off the truck and left a dent in the front hood.

Police have not said whether anyone will face charges.