18-year-old says he vandalized schools, office in Burlington out of boredom 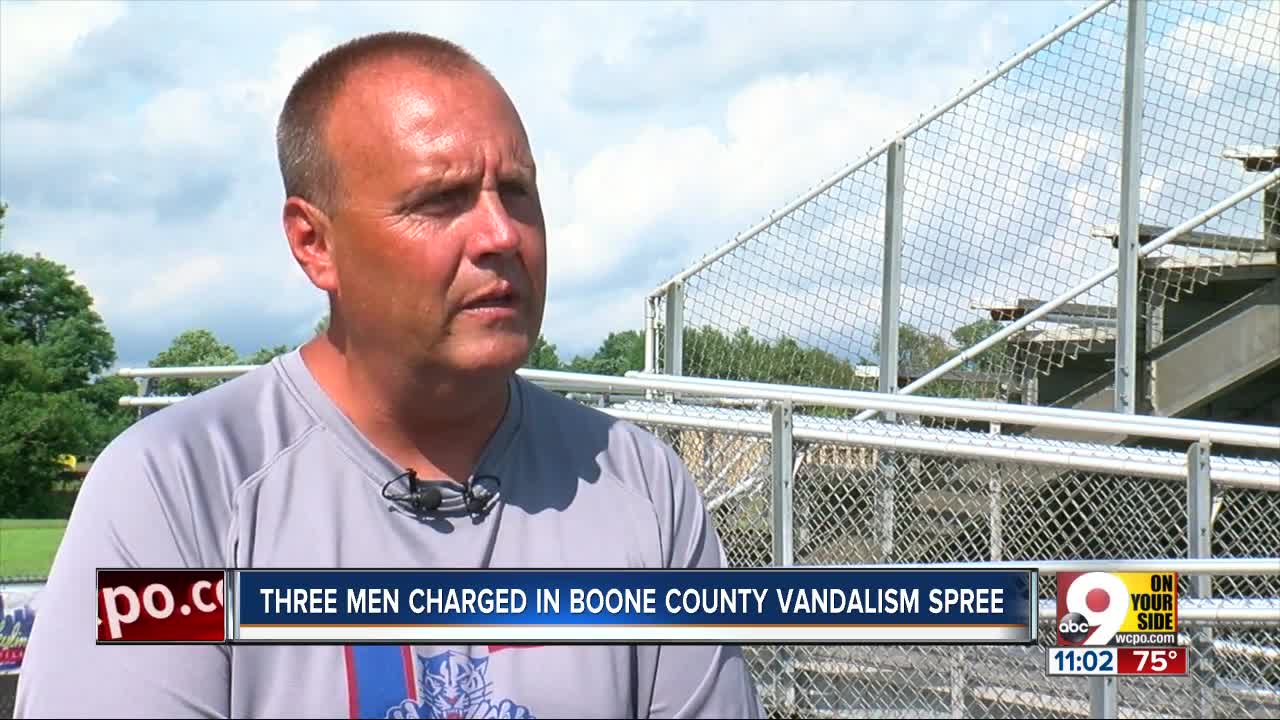 A trio of 18-year-olds embarked on an early-morning vandalism spree through Boone County Friday, according to police, leaving broken windows, flooded bathrooms and a vandalized elementary school playground in their wake. 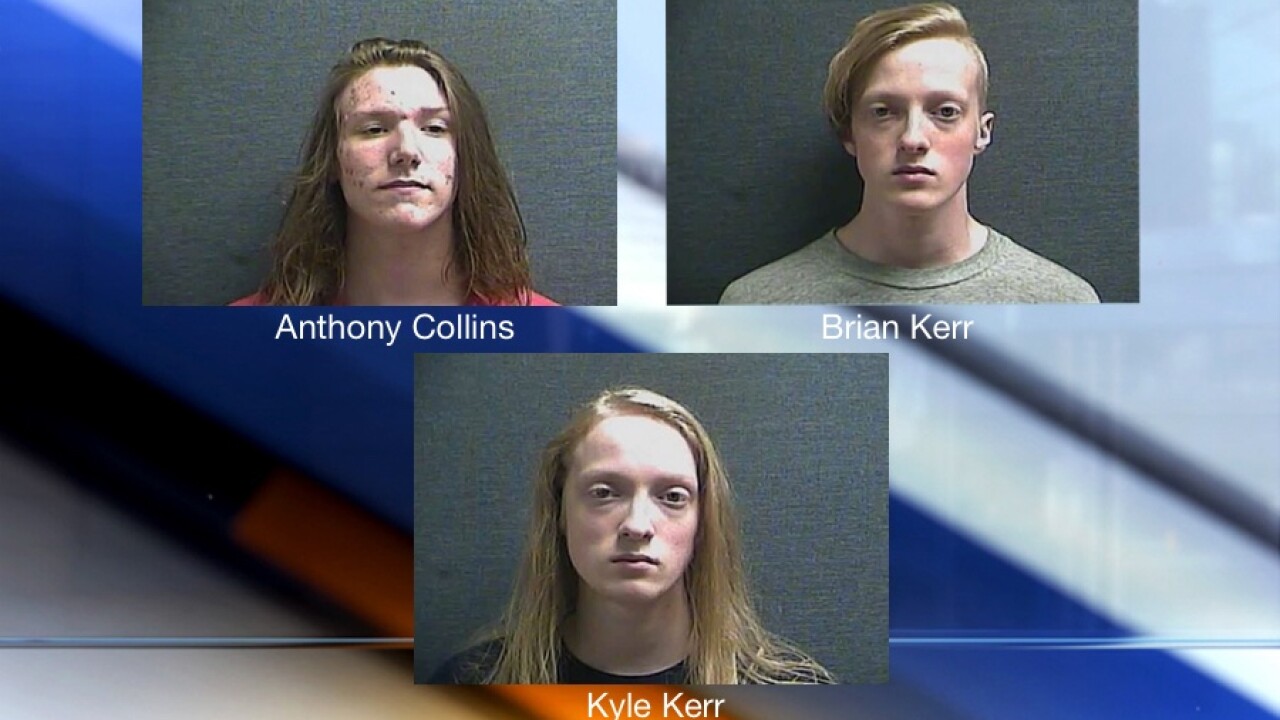 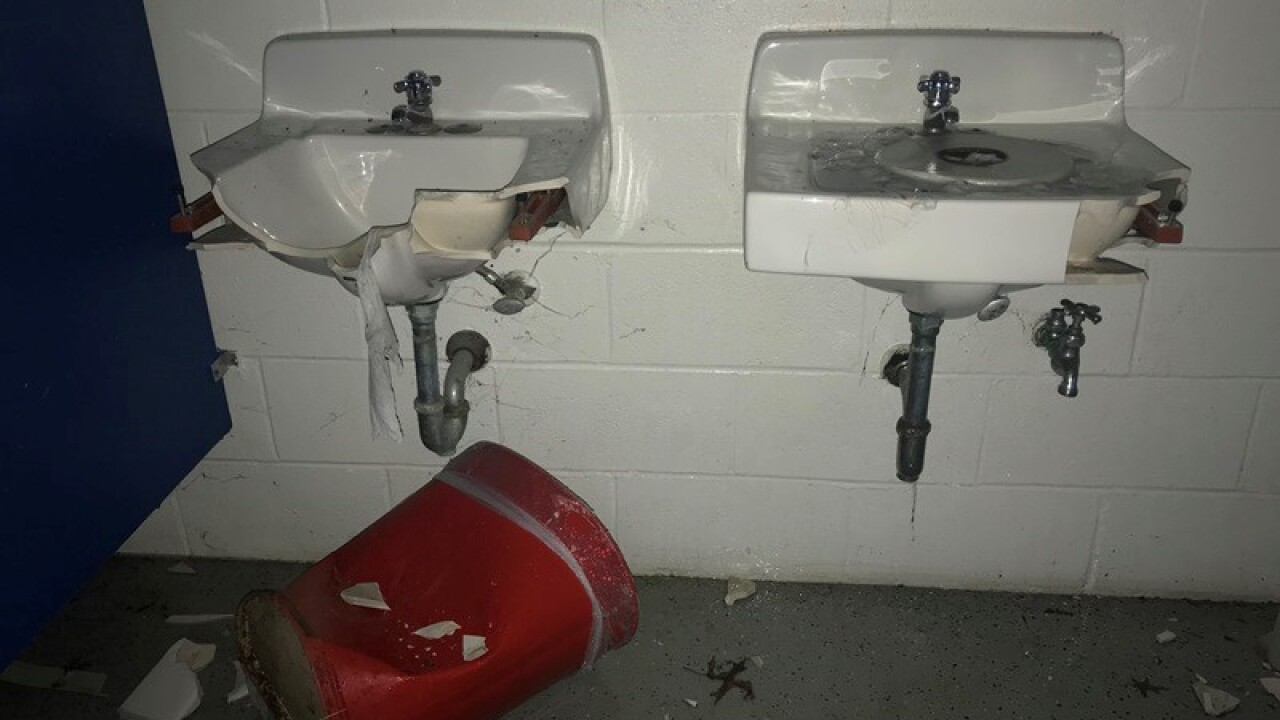 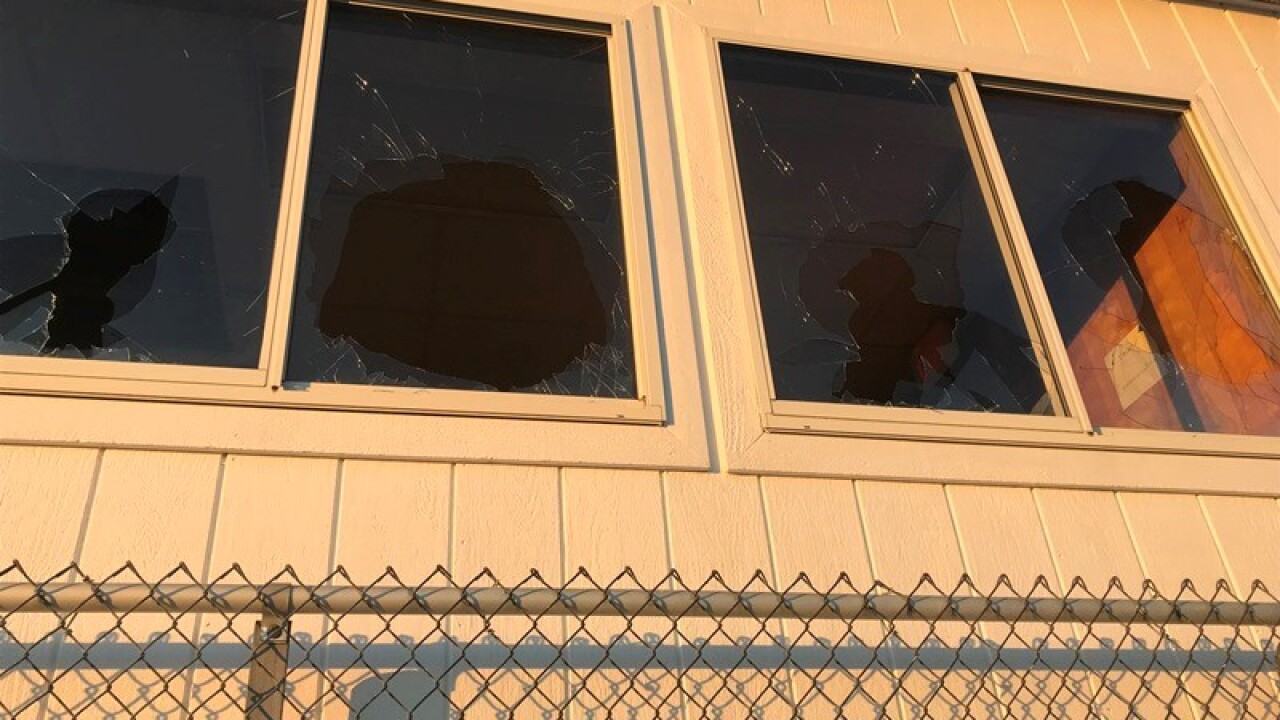 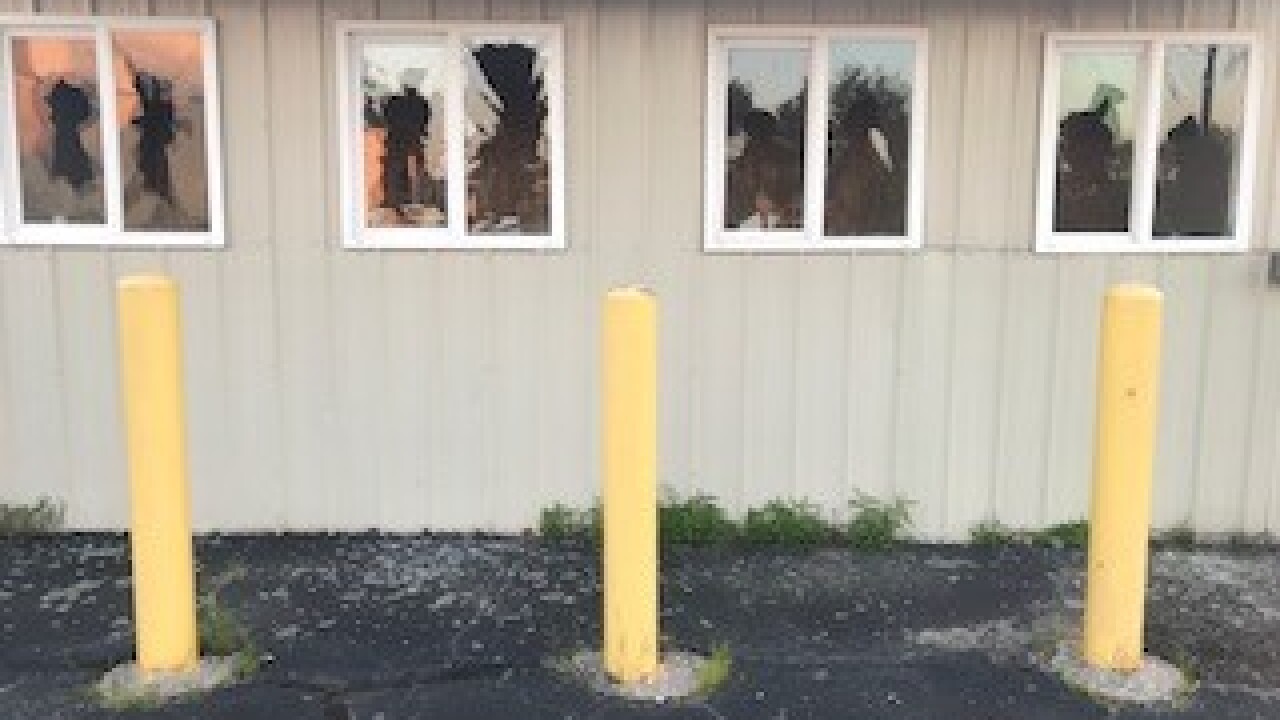 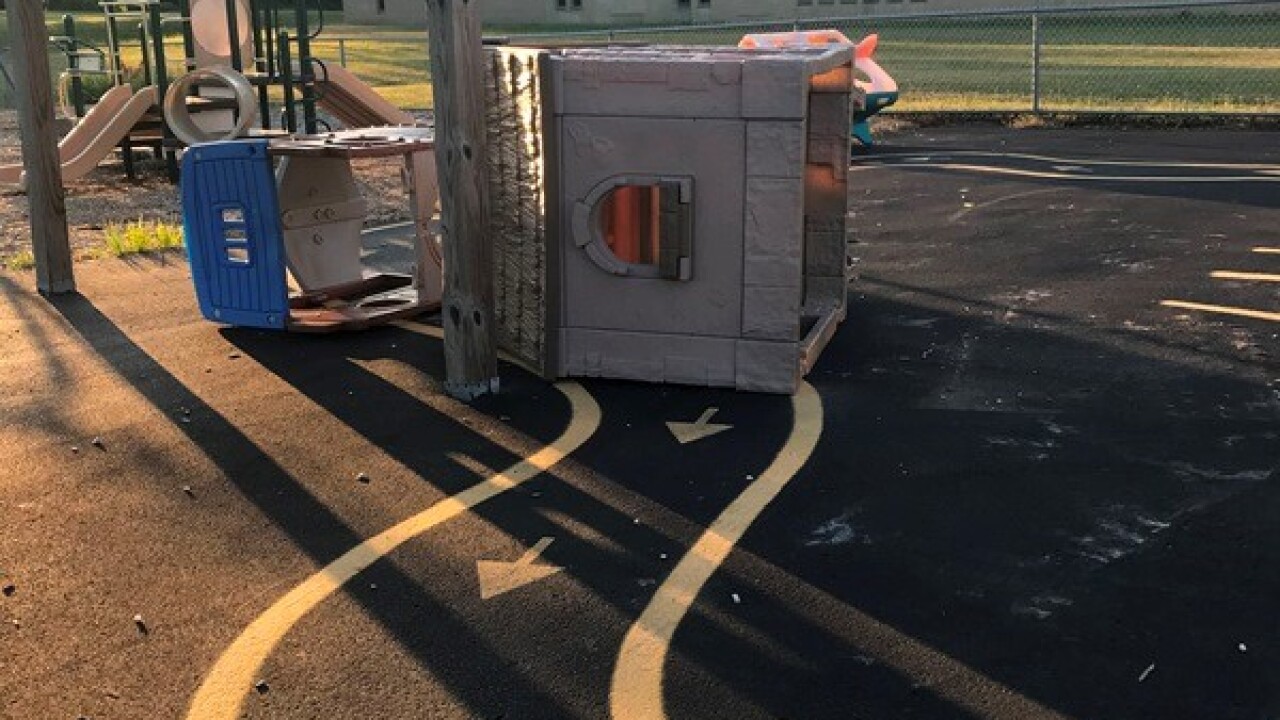 BURLINGTON, Ky. — A trio of 18-year-olds embarked on an early-morning vandalism spree through Boone County Friday, according to police, leaving broken windows, flooded bathrooms and a vandalized elementary school playground in their wake.

He, Brian Kerr and Kyle Kerr all face charges of criminal mischief and burglary.

“This has not been a thing before,” Conner High School Athletic director Jim Hicks said of the destruction on Conner’s campus. “This is the first one we’ve had in a very long time.”

Hicks’ staff arrived at 6 a.m. Friday to discover the windows of their football stadium’s ticket booths and press box smashed, the women’s bathroom flooded and the cougar mascot statue on its side.

“(I felt) just shock and awe that someone would have the audacity to do something to our school,” he said of the moment he saw it. “Disappointment and upset. … When you put in a lot of time and effort to maintain good facilities, to have something like this take place, it's very frustrating."”

That was only part of the destruction, according to police. Investigators also found broken windows in an empty office building on Burlington Pike, deliberate flooding in an adjacent hair salon and damaged equipment at the Goodridge Elementary School playground.

They believe the three young men were responsible for all of it. According to officers, members of the trio were recorded in the act on security cameras and confessed after their arrests.

Hicks said the vandalism wasn’t reflective of the Boone County community or Conner’s students, all of whom he described as treating the campus and its facilities with respect. Most of the vandals’ work had been undone by Wednesday.

“No damage was done to the cougar,” he said of the mascot statue, which had been placed back on its pedestal. “It still prevails. That’s who we are. We’re hard working people around here. That symbolizes who we are. Couldn’t mess with the cougar.”

If Collins was bored, he added, there are plenty of summer jobs available.