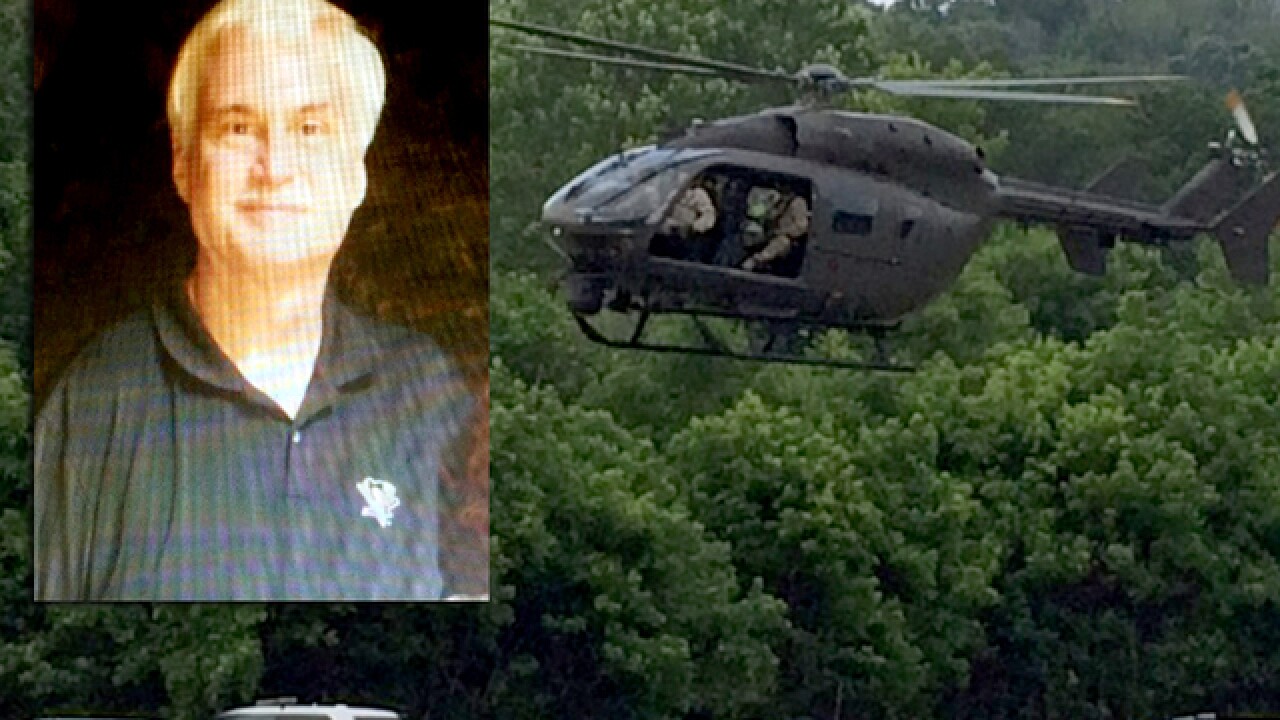 BOONE COUNTY, Ky. -- A week after Big Bone Lick State Park shut down for an daylong manhunt for an armed man, he was found dead in the park Thursday, according to the Boone County Sheriff's Office.

Around 11:30 a.m. Thursday, search team members located the body of David Lee Rickerson, 62, of Hagerstown, Maryland, in a secluded section of woods on park property.

The cause of death will be determined by the State Medical Examiner pending an autopsy, but no foul play is suspected at this time.

Officers with local law enforcement and the Kentucky National Guard searched 278 acres June 17, ultimately calling off the search just after 5 p.m., according to Maj. Bill Mark of the Boone County Sheriff's Office. Area residents were asked to stay on alert, and police said they would continue to patrol the park.

The manhunt began when a park ranger found an unoccupied Jeep near the park's lake around 10:30 p.m. June 16. He ran the car's plates to discover that it was connected to Rickerson, listed as a critically missing man from Washington County, Maryland. The ranger then saw Rickerson fire three shots from a 9mm handgun and run away.

Shortly afterward, a reverse 911 call was sent to all residents within two miles of the park to tell them a volunteer evacuation was in effect. Those who wanted to leave received a police escort.