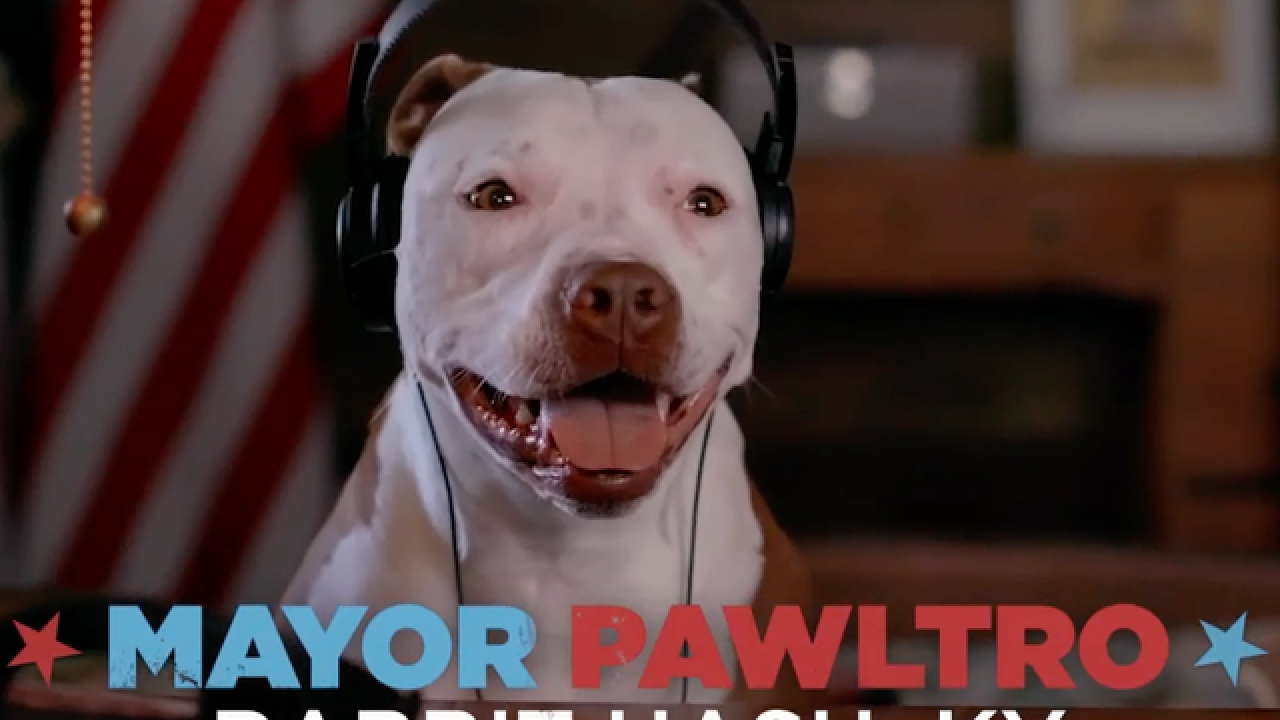 RABBIT HASH, Ky. -- This quirky Kentucky river town's mayor has a particular knack for bringing together folks from both sides of the aisle. Must be her wagging tag and cuddly disposition.

Mayor Brynneth Pawltro, a rescued pit bull mix, won Rabbit Hash's popular vote last November and took the reins from Lucy Lou, a border collie who had presided over the town since 1998.

Even though Brynn's been in office less than a year, that didn't stop newly elected Courtney Rose from seeking out her advice on how to preside properly in promotional materials for ABC's upcoming series "The Mayor."

Watch two commercials featuring Brynn in the video player above.