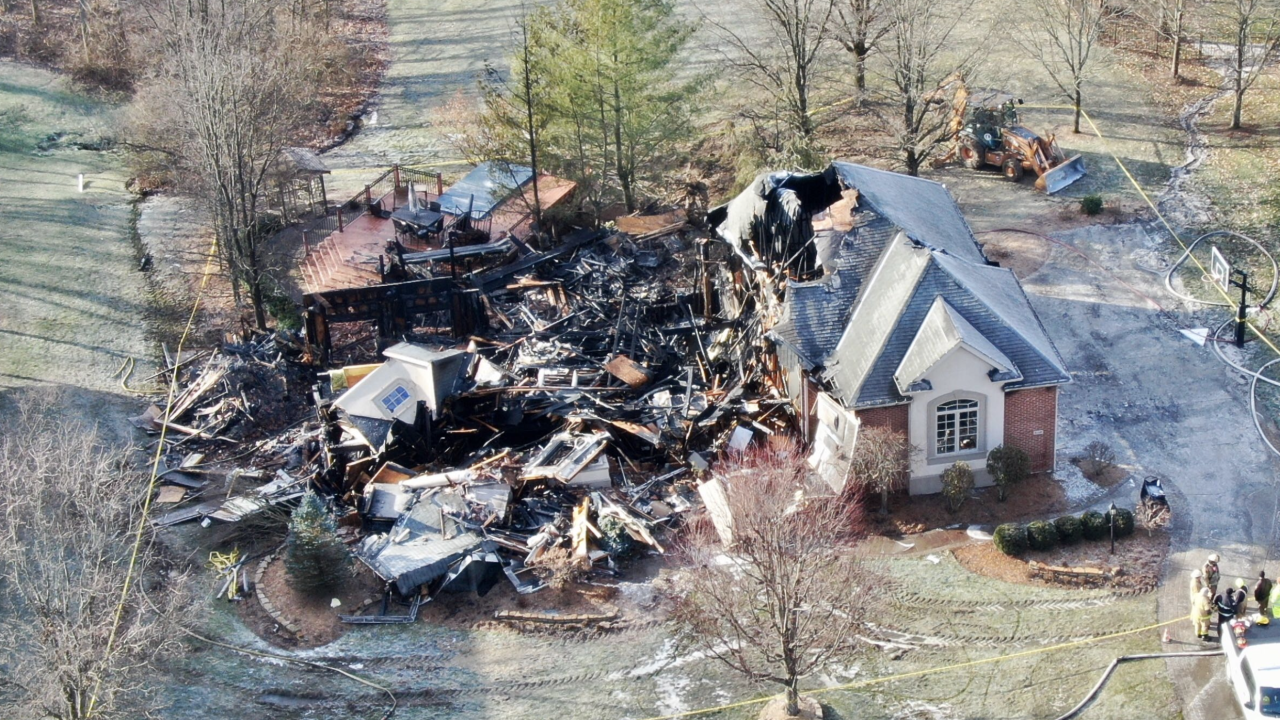 Copyright 2020 Scripps Media, Inc. All rights reserved. This material may not be published, broadcast, rewritten, or redistributed.
Dwayne Slavey
Crews have recovered the missing body of a woman after a house fire in Union, Ky.

UNION, Ky. — The Boone County Coroner's Office has identified the person found dead inside a fatal house fire on Caitlin Drive on Jan. 24.

Officials announced that the woman found dead was Linda Jean Anderson, 59, a resident of the home. Her official cause of death is still pending, according to the coroner.

The coroner said in a release they identified Anderson through dental records.

The search for Anderson started after crews were able to contain the fire Tuesday, January 21, and ended when they recovered her body the following Friday. According to Union Fire Chief Michael Morgan, the way the house collapsed from the fire made it difficult to sift through the rubble and debris.

“There was so much building material on top of different rooms,” Morgan said. “It was pretty close to the last part of the basement when it collapsed — it wasn’t so easy — it collapsed in different fashions.”

Morgan said identifying the cause of the fire could take a long time.