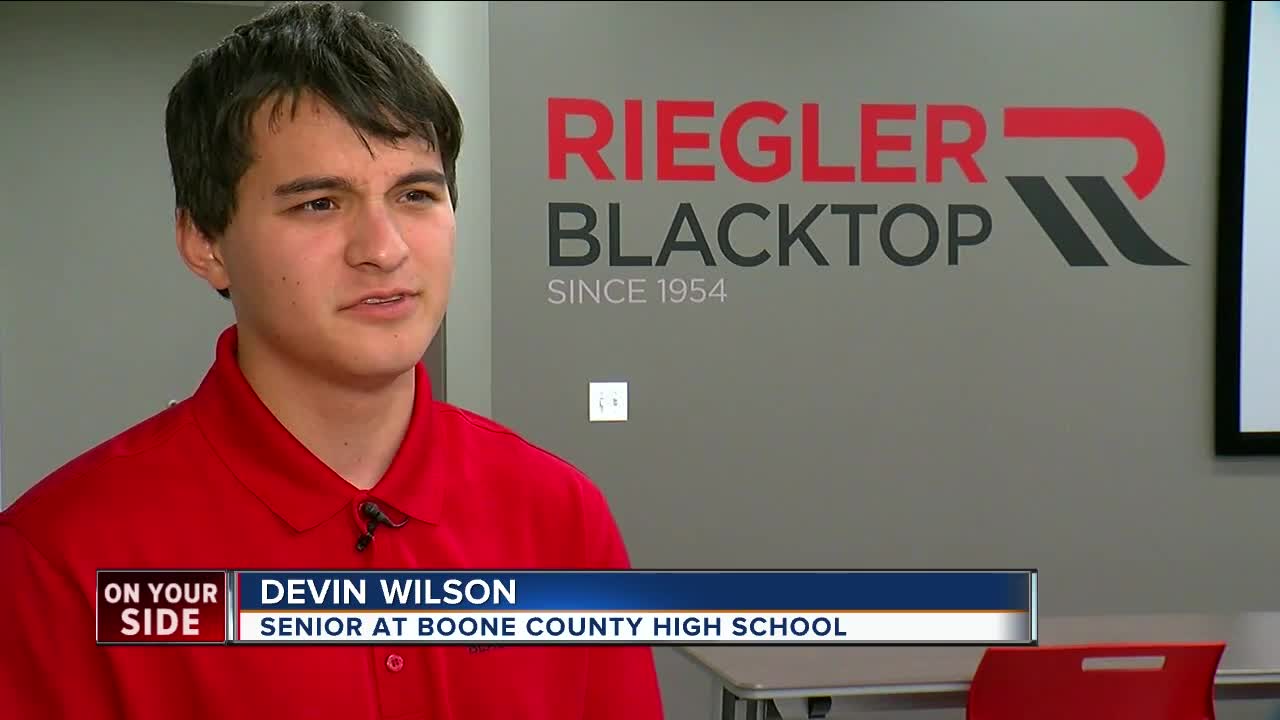 FLORENCE, Ky. — Amid skilled labor shortages, a Northern Kentucky construction company is getting creative in their recruitment efforts; their new internship program has already given one Boone County teen a foothold in a new career.

Riegler Blacktop isn't the only company seeing a shortage in skilled labor, but the company is working to help show students in the area that there are valuable career opportunities for those who don't see college in their futures.

Devin Wilson, a senior at Boone County High School, was one of the company's first interns, but he's made such an impact that he's already landed a formal job offer from his employer.

"My first day I was kind of finding my way," said Wilson. "and after that it just clicked."

Mike Riegler, president of Riegler Blacktop, said the internship is designed to teach high schoolers about the different types of work in the construction industry, like paving, concrete and others. He said he hopes it encourages more people to consider careers in the industry.

"It gives you a sense of pride when you're able to build something and turn around and see what you've done," said Riegler.

The internship, which allowed Wilson to work on weekends and after school, provided Wilson with the opportunity to experience a job he may not have tried, but he said now he's definitely interested in taking the company up on their offer for full-time work after he graduates high school.

"I actually cherish it, because they teach me what I don't know," said Wilson. He and one other student in this year's internship program will both start new jobs in the spring.

Riegler said Wilson stood out, because of his positive attitude, regardless of what job he was performing.

Although Wilson will start out at the bottom of the ladder when he joins Riegler Blacktop, he's still not going in blind; he's also a student at the Building Industry Association of Northern Kentucky's trade school, Enzweiler Building Institute, studying skilled trades. The school gives students training specifically tailored to construction and other skilled forms of labor.

"I was exploring my different ways that I would work and I figured out that hands on is better for me," said Wilson.