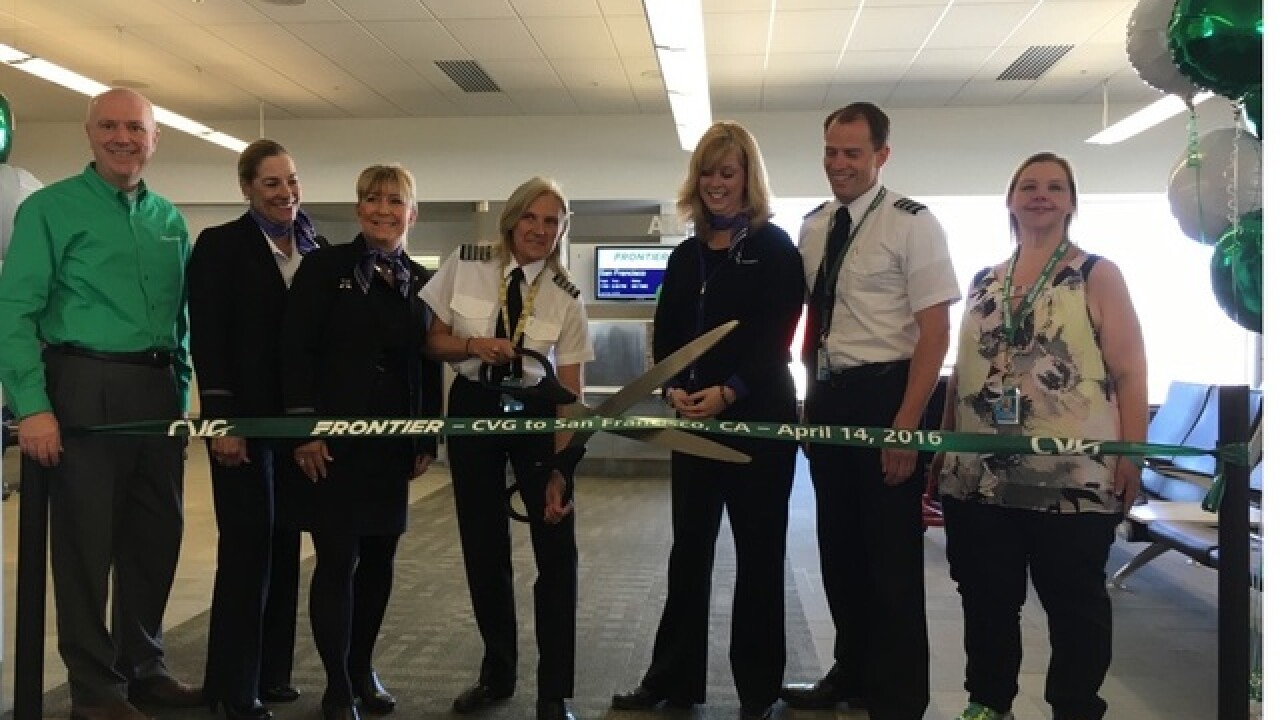 Frontier has operated from CVG since May 2013, according to spokeswoman Mindy Kershner. The addition of San Francisco, Houston and Los Angeles flights bring the total of nonstop CVG Frontier destinations to 11.