Meet the Hebron teen who helped save classmate from attempted kidnapping 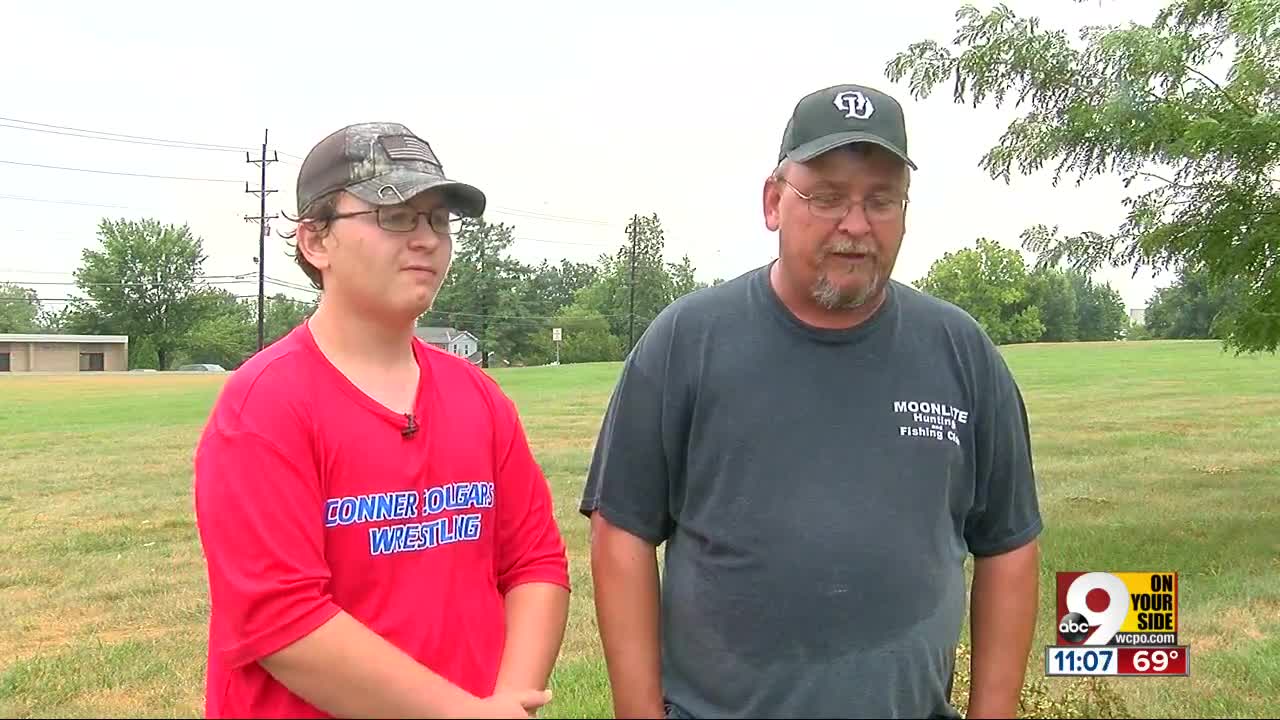 Cody Hardin said he saw his classmate in trouble Monday and knew he needed to help.

HEBRON, Ky. — Cody Hardin, who police said shielded a girl from an attempted abduction Monday morning, said Tuesday night he doesn’t think he did anything special.

He saw a classmate in trouble in the Conner High School parking lot, and he helped.

“I’d do it any other day for anyone else,” he said.

Hardin, a junior and a wrestler, was walking back to Conner from the nearby vocational school when his classmate brushed past him in a hurry. At first, he thought her “Don’t talk to me” was directed at him.

And then he saw 18-year-old Benjamin Margitza following her.

According to police, Margitza had flown from Las Vegas to Hebron that weekend with the intention of kidnapping the girl, who had become the target of his increasingly obsessive, sexual social media harassment since the start of the year. When she blocked him and changed her number, he messaged friends, followers and people she followed.

Arriving in person at Conner High School, where he knew she was a student, was a final attempt to harass her into a sexual relationship, police said.

Hardin said he tried to persuade Margitza to leave the frightened victim alone without success. When it became clear Margitza intended to follow her into the school, he stepped between them.

“I kept her in front of me, arms’-reach in front of me” and stayed that way until they were inside the building, he said. “I made sure that door was closed, I was making sure he was not in the school before that door closed.”

Once he and the girl were inside, they found the principal and the school resource officer, who stopped and arrested Margitza before he could leave the scene.

Hardin was shaking when it was done.

“My adrenaline was running,” he said.

The principal and superintendent thanked him the next day, he added. His father’s initial reaction was different.

When he stopped panicking, however, he was proud, too.

“He did the right thing,” he said of Cody. “I wouldn’t expect any less of him. He’s always there to help somebody.”

"Conner High School would like to publicly recognize Joseph "Cody" Hardin for his quick thinking and action in keeping his fellow students safe in the incident on 8/19/19. When it seems so many pull out a cell phone and record a "wrong" going on in the world, Cody took the correct action and performed a "right". He immediately helped avert a threat, and got himself and others to safety. Cody will receive rewards through our PBIS System for helping his fellow students."