Why does the Florence water tower say 'Florence Y'all,' anyway? 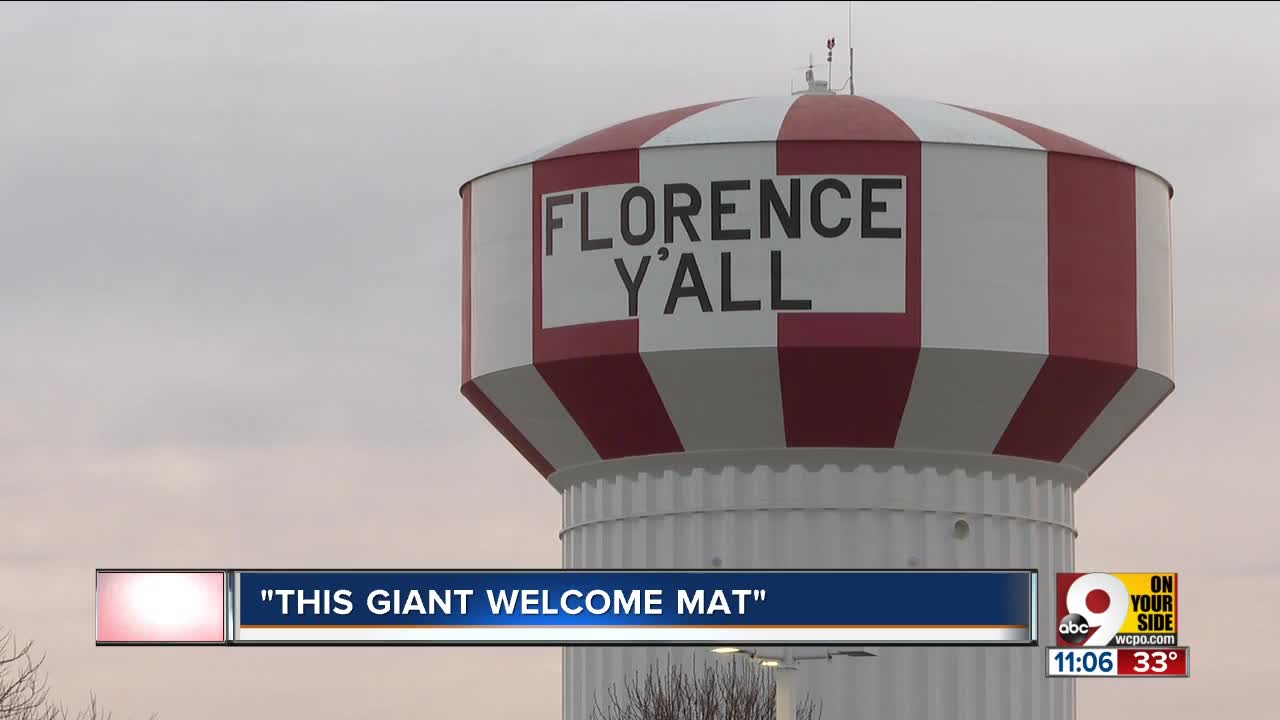 It began its life as an advertisement for the Florence Mall. Why the change? And why does the city love it so much? Josh Bazan talked to an expert source to find out.

Although the red-and-white water tower is iconic enough to have given Florence’s baseball team its new name — they’re the Florence Y’alls now, ungrammatical and full of hometown pride — its slogan came from a former mayor’s quick thinking to avoid fines from the state government.

His daughter and successor, Mayor Diane Whalen, remembers it well.

In 1975, she said, “the water tank was emblazoned with the words ‘Florence Mall’ as a welcoming to the new venture that was coming to the city“ at the end of the year.

But Mayor Hop Ewing, who had brokered the deal to bring the mall to his city, had gotten ahead of himself. The Kentucky State Transportation Cabinet informed him his administration could not legally advertise a business that did not yet exist. The tower had to be repainted, or the cabinet would fine Florence. Hard. Florence didn’t have enough money to hand over, but it also didn’t have enough to pay for a total cover-up.

The city government’s solution needed to be simple but effective.

Ewing began scribbling variations on the existing design on a napkin, Whalen said. The most successful and least labor-intensive was a simple cover-up: Paint over the two legs of the M in Mall and add an apostrophe between the first and second letters. Florence Y’all.

“He showed it to a couple people and said, ‘So, what do you think?’” Whalen said. “They told him they thought it was pretty hokey, but it could work.”

A local painter agreed to fix the tower up for $500, the mall opened on time in December, and Florence Y’all saved the city thousands in fines.

Four decades later, Whalen describes the tower and the slogan as icons of her city.

“It became just this giant welcome mat,” she said. “It’s the first southern hospitality (people) see when they come from Ohio into Kentucky, and it’s what they see when they’re on their way back home. … It has become a statement and it has been embraced by a lot of different people.”

Members of the baseball team are just a few of them.

For Whalen, however, the tower isn’t just an emblem of her city. It reminds her of her father, who fought to bring the mall and St. Elizabeth Hospital to Florence and enjoyed his notoriety as “Mr. Y’all.”

“Nothing made him happier,” she said. “He loved this community so much, and his fingerprints are everywhere.”