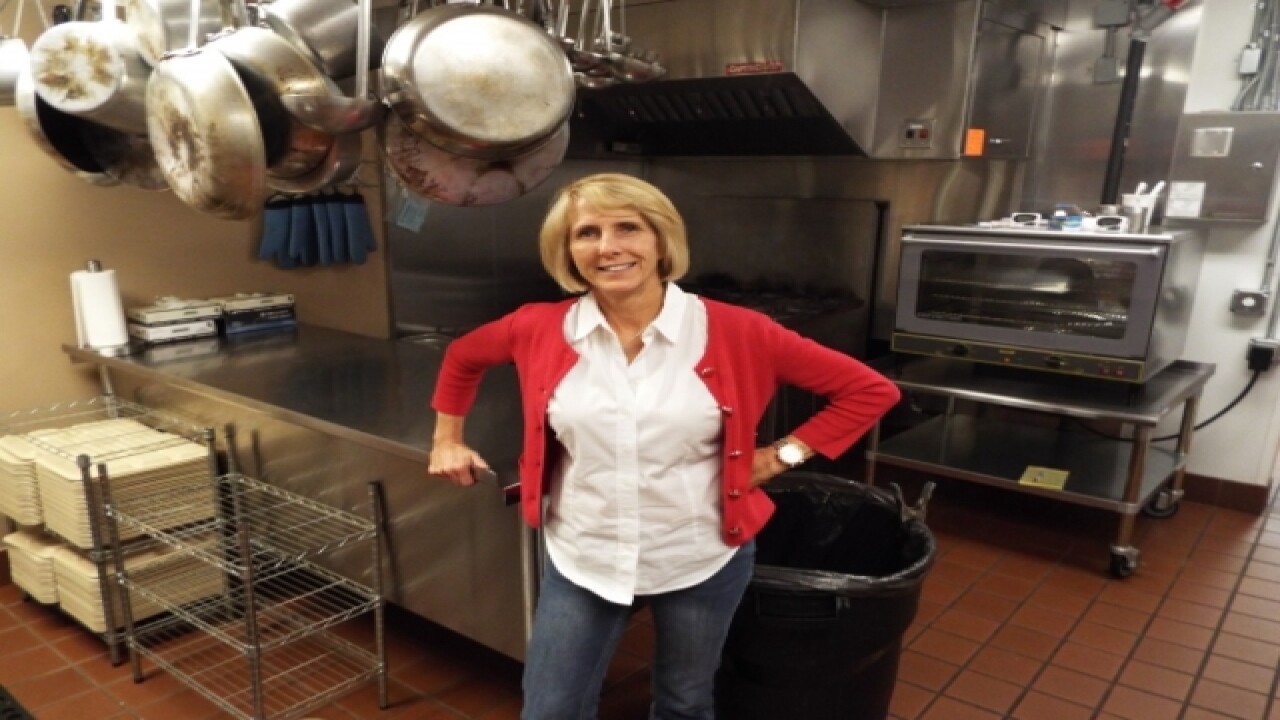 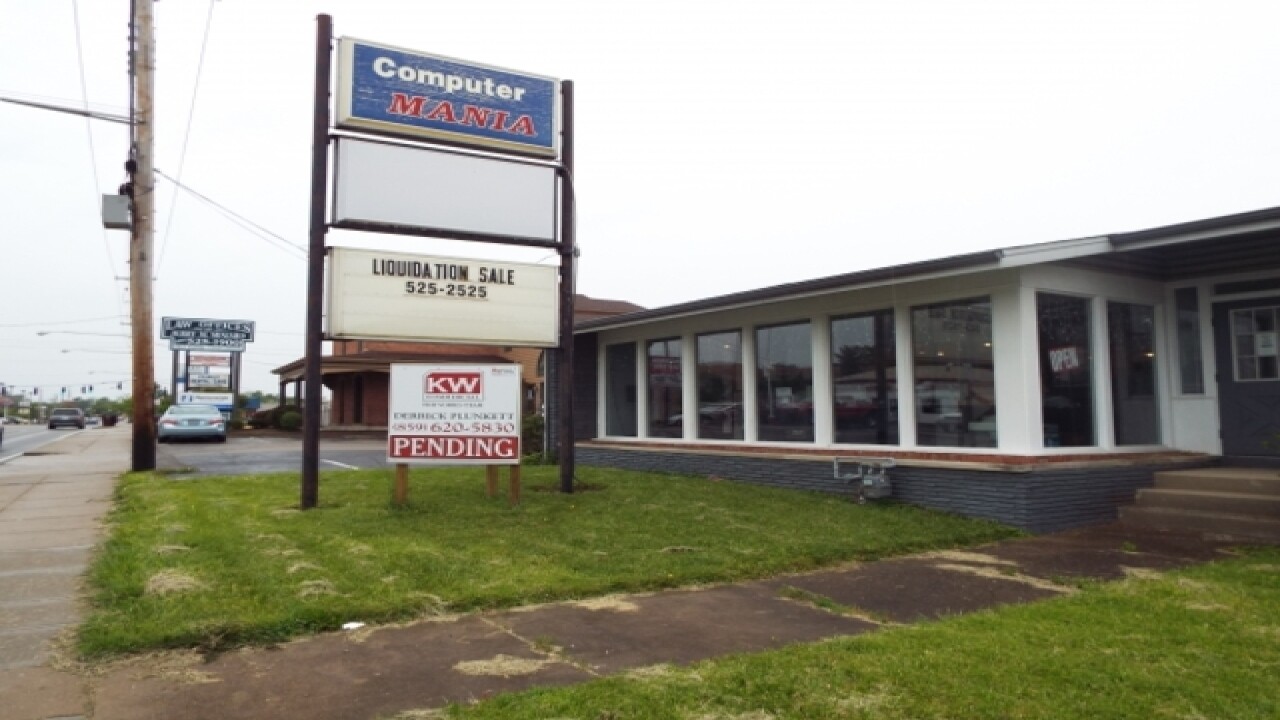 Stymied in its initial effort to provide shelter for the needy in Florence, Ky., the nonprofit Mary Rose Mission is trying a different tack: opening a hotel that would charge greatly discounted rates for overnight guests.

The Mission has an option to buy the former Computer Mania store at 6608 Dixie Highway, contingent on getting the proper zoning approval for the project, Mary Rose president and executive director Cincy Carris said. She declined to disclose the option price.

The Boone County Planning Commission has approved the project under regulations that govern where hotels and inns may be built. But Jerry Miniard, whose law office adjoins the Computer Mania property, has appealed that decision to the Florence Board of Adjustment and Zoning Appeals.

In his appeal, Miniard says that the project shouldn’t be considered a hotel but transient housing, which belongs on property zoned for public facilities. Attempts to reach Miniard for comment on this story were not successful.

The Board will hear the appeal at 7:30 p.m. June 8 at the Florence Government Center.

Carris believes the Dixie Highway property does have the appropriate zoning for the project, and she’s excited that it could become a reality.
The Mary Rose Inn, which Carris would like to open before winter, would have six rooms, each with its own shower/bathroom, that could house a total of 39 people. Guests would be admitted on a first-come, first-served basis, Carris said, and would have to check out every morning. They could check back in again that day if there were room, she said.

How much they will pay hasn’t been decided, she said, but it won’t be based on trying to recoup the cost of running the hotel. “I don’t ever want to have to need their money,” she said. “I don’t want it to be a hardship on our guests. If I have to lend them money I will – people have offered to do that.”

She would like to run it with volunteers, she said, as is the case with the soup kitchen, with the exception of one part-time worker. The money to buy the property has already been pledged, she said, and she hopes construction materials will be donated, as they were for the soup kitchen.

Anyone would be able to stay there; the staff won’t be asking potential guests if they are homeless.

The Mission deserves credit for creativity, resourcefulness and commitment in its efforts to provide shelter, said Josh Spring, executive director of the Greater Cincinnati Coalition for the Homeless. He didn’t know of any similar hotels in the Tri-State.

Neighbors usually oppose such projects, or even affordable housing projects, because they think they will lower their property values, he said, despite abundant evidence to the contrary. It takes on average about five years to get such projects built, he said, and they often involve lawsuits from neighbors.

In the fall of last year, the Mission tried a similar hotel project at 6603 Dixie Highway. But Boone County Zoning Administrator Kevin Wall found several problems with that proposal, including that first preference would have given to families with women and children and that it had dormitory housing rather than separate rooms.

That project looked more like a homeless shelter than a hotel, Wall wrote to Carris, something the Mission had talked with the city about building for more than a year. But the city’s zoning regulations don’t have a specific designation for homeless shelters, he wrote.

The Mission had tried to change that in December 2014, when it wanted to create a cold weather shelter in an unoccupied floor of HealthPoint, 7607 Dixie Highway, which provides medical care to the needy. The Mission asked the city of Florence to amend the zoning law to allow for homeless shelters on commercial property zoned similarly to the HealthPoint property, City Coordinator Rick Lunnemann said.

But the city council’s planning and zoning committee, which heard the proposal, was concerned because this would allow homeless shelters on commercial property zoned as such anywhere in the city, Lunnemann said. The committee voted against the change, which effectively killed the project.

Carris thinks the council may have reacted out of fear of homeless people — which is an unfounded fear, she said, because “they are the most grateful and humble people in the world.”

The Mission is no stranger to opposition. The Kentucky Enquirer reported that before it opened its soup kitchen, Boone County’s first, in a vacant building at 272 Main St., neighbors complained that Main Street had become a haven for social services agencies. After the soup kitchen opened, at least one neighboring business moved out of town.

When the soup kitchen opened in March 2013, it served a free meal on Saturdays and Sundays. Now, it’s five days a week, Carris said, and she hopes to offer a sixth day soon.

It’s not lack of funding that limits the hours, she said, but lack of volunteers. Thirteen workers are needed to serve the meals in the evening, with one cook and three prep cooks needed in the morning to prepare the meals.

Aside from food, the needy also get companionship.
“People who were just really lonely, now they have a community here,” she said. “Now they have friends and they play cards together. … I have seen people get better physically and spiritually, and just heal. It’s bigger than we ever could have imagined.”

Cutlines (Photos by Kevin Eigelbach) Cincy Carris, president of the Rose Hill Mission, stands inside the Florence soup kitchen’s kitchen on Main Street. The Mission is planning to build a hotel down the street that will charge greatly discounted rates for overnight stays.

Mary Rose Mission plans to build the Mary Rose Inn, which would charge greatly discounted rates for overnight stays, in this empty building at 6608 Dixie Highway, the former Computer Mania store. Next door is the law office of Jerry Miniard, who has appealed the Boone County Planning Commission’s decision to allow construction of the inn.