Officers praised for going 'beyond the normal call of duty' 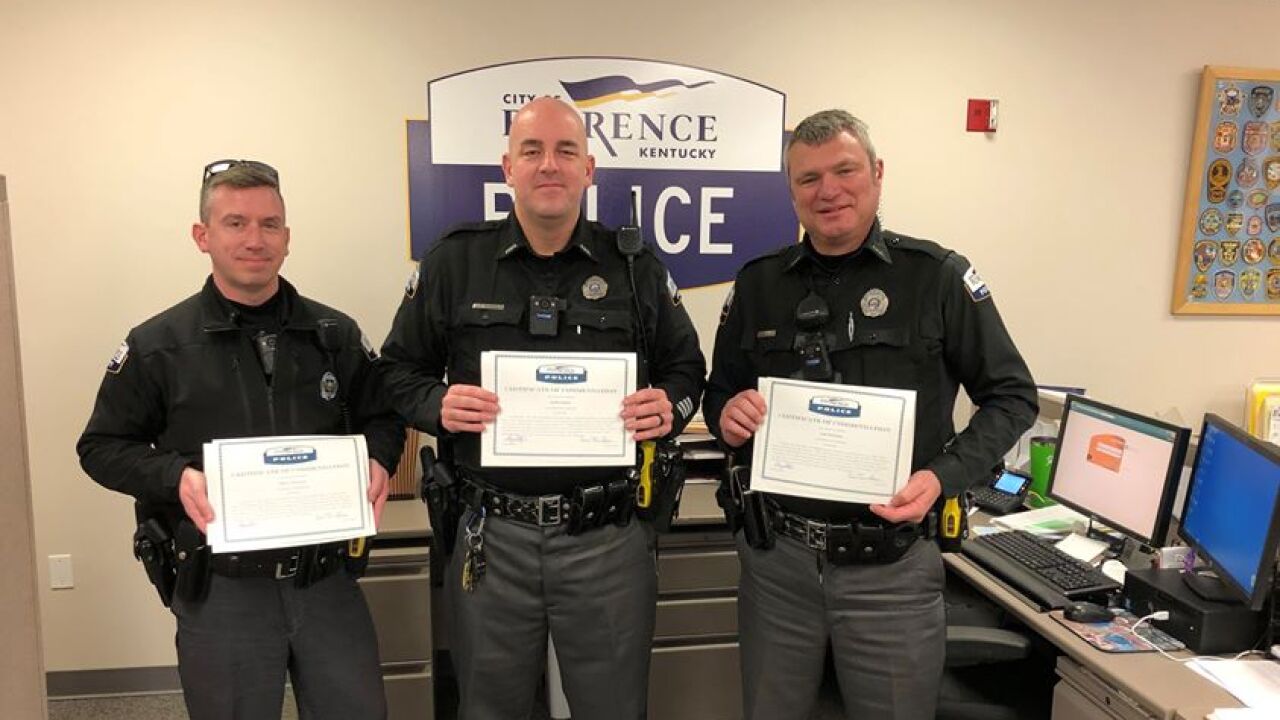 Copyright 2020 Scripps Media, Inc. All rights reserved. This material may not be published, broadcast, rewritten, or redistributed.
Provided
Florence police officers Lowe, Guidice and McKibbin (left to right) were commended for helping a local family lay their dog to rest after it was killed in the road last month.

FLORENCE, Ky. — Three Florence police officers are being commended after helping the owners of a dog killed by a passing car lay their beloved pet to rest.

Officers Lowe, Guidice and McKibbin responded to a report of a dog struck on Kentucky Route 18 on Jan. 30, according to the Florence Police Department on Facebook. Officers found the deceased dog in the middle of the street, but the driver of the vehicle that struck the dog did not stop or attempt to contact the dog’s owners.

The officers soon located the owners, who lived nearby. Carrying the dog in a blanket, the officers delivered the dog, named Bagel, home, where they learned Bagel belonged to the family’s young son.

“This event obviously devastated their family, as witnessed by these officers,” read Florence Police Department's Facebook post. “The officers stayed with the family during this difficult time and made arrangements to have Bagel laid to rest for his family at an area business specializing in pets.”

When the dog's owners returned to the business to pick up Bagel, they learned the fee was "paid in full by one or all of the responding officers, as whoever it was wished to remain anonymous.”

“For the officers' compassion and efforts above and beyond the normal call of duty, they each received a Certificate of Commendation from the Florence Police Department,” the post read. "Thank you Officers Lowe, Guidice and McKibbin!!"