Florence man ticketed for stopping car to give food to panhandler 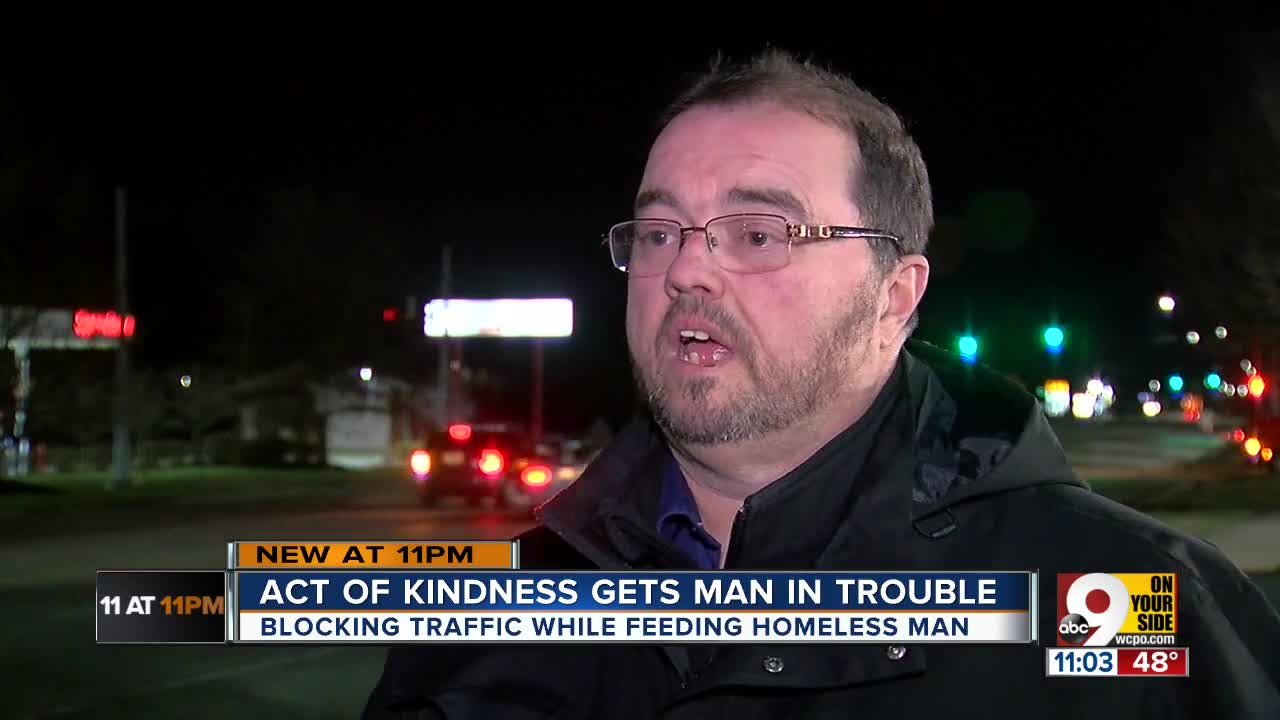 A gesture intended as an act of kindness toward a homeless man ended with 51-year-old Morris Soard facing a $143 ticket from Florence police.

FLORENCE, Ky. — A gesture intended as an act of kindness ended with 51-year-old Morris Soard facing a $143 ticket from Florence police.

The sight that stopped him Feb. 15 was pitiable, Soard said Wednesday: A gray-bearded man standing at Kentucky Exit 18 with a sign reading Hungry. He felt he couldn’t drive past without doing something to help.

Soard returned to the man’s spot with food from Raising Cane’s several minutes later, pulling over and turning on his hazard lights so his wife could hand the food out the window. No one else was on the road with him, he said.

Then came the keening sound of a police siren behind him.

“I look in my mirror, I see a police officer coming a block away,” he said. “Walked right up behind me when my wife was handing the food. Turned the lights on — ‘whoop whoop,’ that type of deal.”

When contacted with a request for comment, representatives of the Florence Police Department said tickets are given at individual officers’ discretion. A court will decide whether to uphold the citation in April.