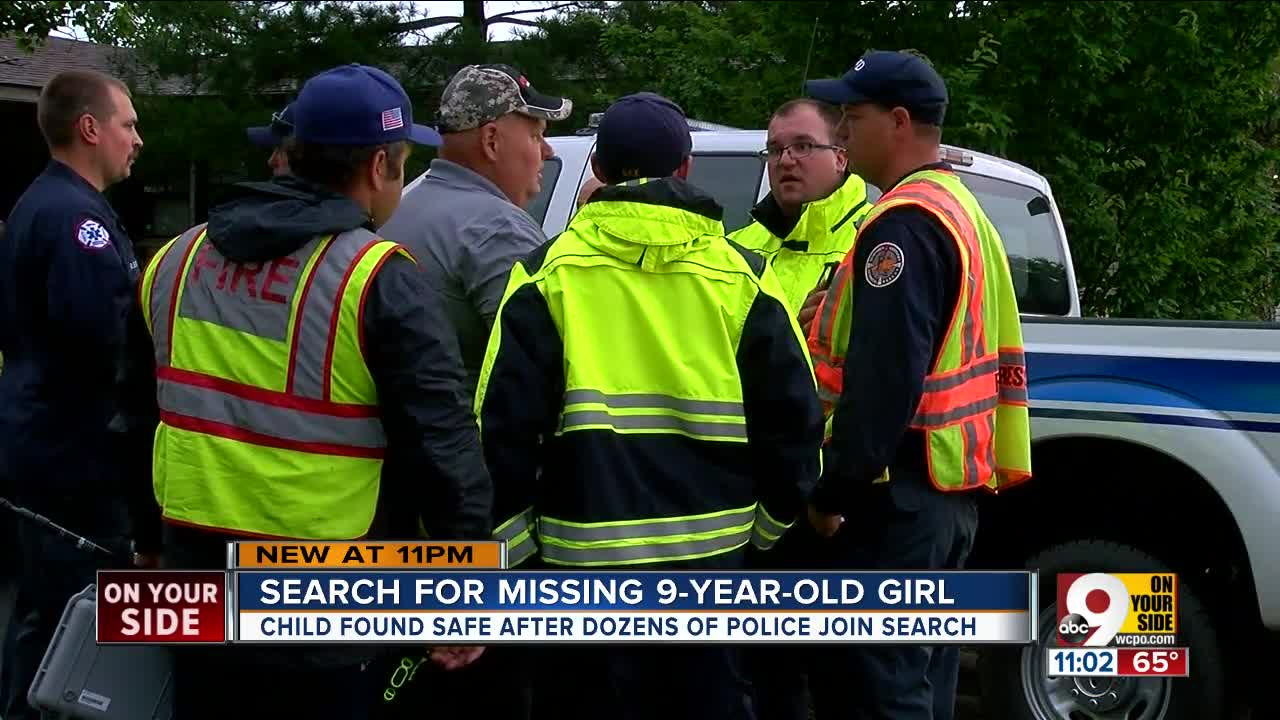 Police and fire departments from across Northern Kentucky spent Wednesday evening searching with dogs, drones and helicopters for a missing 9-year-old girl who would be discovered safe with a relative just up the road.

FLORENCE, Ky. — Police and fire departments from across Northern Kentucky spent Wednesday evening searching with dogs, drones and helicopters for a missing 9-year-old girl who would be discovered safe with a relative just up the road.

“This is the best outcome we can ask for,” Boone County Lt. Philip Ridgell said. “You never want the opposite. When we can find a young child who has been missing for many hours safe and be able to speak to them, you can’t ask for anything more.”

Aliah Marie Humfleet had been playing in her front yard that afternoon when she vanished, according to an initial news release from the Boone County Sheriff’s Office.

At 7 p.m., deputies sent out a missing-persons notice requesting the public call 911 immediately if they had any information about her whereabouts. Law enforcement teams were already searching the area near her home.

They were preparing to bring in a Tactical Response team by 9, according to Ridgell.

“That would have expanded the amount of people down here,” he said. “There would’ve been a massive grid search.”

And then the relative with whom Aliah had been staying nearby saw the commotion.

It was a relief, Ridgell said.

“We left, went over, picked (Aliah) up, made sure she was safe, brought her back with one of the relative,” he added.

He praised the well-coordinated response of local agencies, even though their search was unnecessary, and said he hoped the incident would be a reminder to parents.

“It’s summer time,” he said. “The days are longer. In an area where it’s condensed like this, family and friends live nearby, it’s important to know where your kids are at all times. Obviously, we’ll give every resource we can when a situation like this comes up. We want to make sure parents understand: Watch your kids.

“Know where they’re at, and hopefully we don’t have to go through this in the future.”