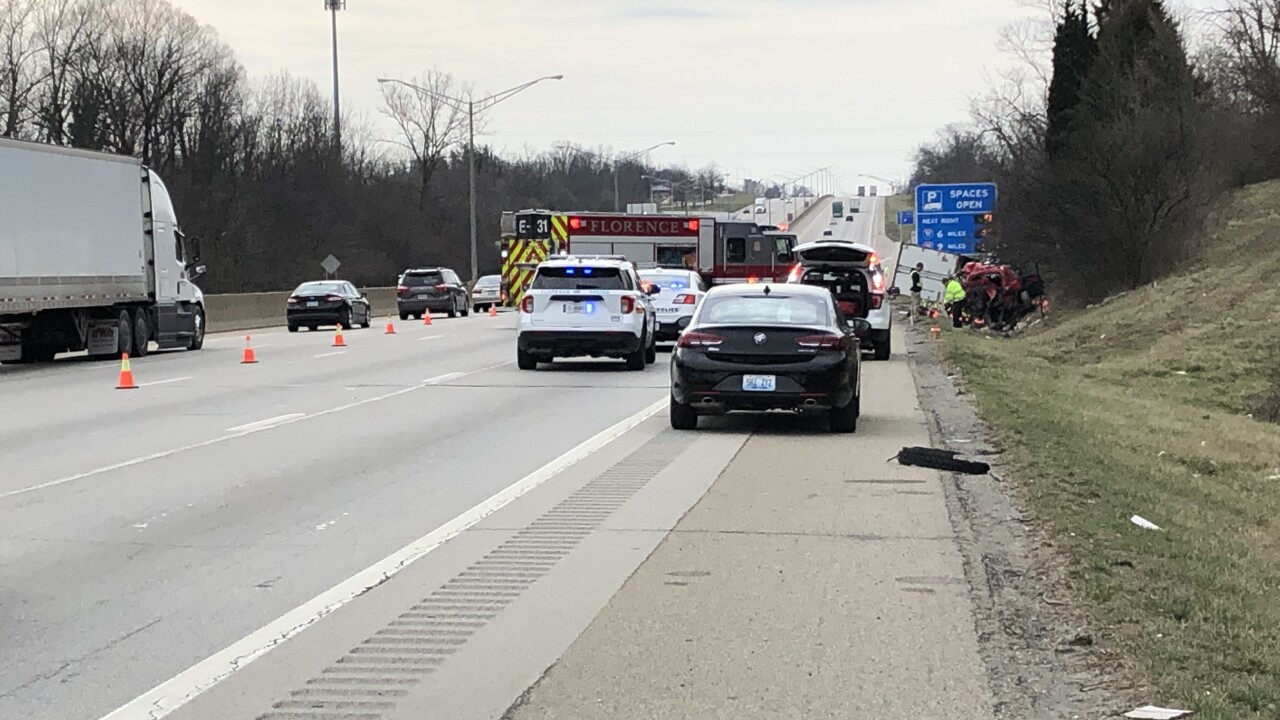 FLORENCE, Ky. — A Mason man and a Cincinnati Hills Christian Academy senior were killed in a crash on Interstate 71/75 earlier this month.

Joshua Jones, 34, and Katherine Elizabeth Kincaid, 17, were killed in a crash on March 9 on southbound I-71/75 when a semitrailer struck two vehicles pulled onto the shoulder, according to Florence police.

One other person was injured, but is expected to recover. Jones died at the scene; Kincaid died at the hospital two days later.

Authorities said a pickup truck and another vehicle pulled to the shoulder of the highway after a minor crash. While the vehicles were pulled over, a passing semi struck the two vehicles, including two people who were standing outside.

Police said Kincaid was an organ donor and was "able to save numerous lives through these extraordinary gifts."

In an email to families shortly after the crash, Cincinnati Hills Christian Academy identified the two people injured in the crash as a senior student and her father, who were on their way to a college visit.

Counselors were available at the school on Monday and will continue to be available to students on Tuesday, according to CHCA Principal Dean Nichols.

"We will be gathering together for an informal time of prayer and community this evening at 7:00 in the Lindner Theater," Nichols wrote in an email to families. "Tomorrow on the MSL campus, we will have a regular block day schedule but with open access to counselors throughout the day for anyone who would like to talk with someone."

Authorities closed southbound I-71/75 for a period of time as the Florence Police Accident Reconstruction Unit investigated the crash.

Police have not yet confirmed any charges associated with the crash.