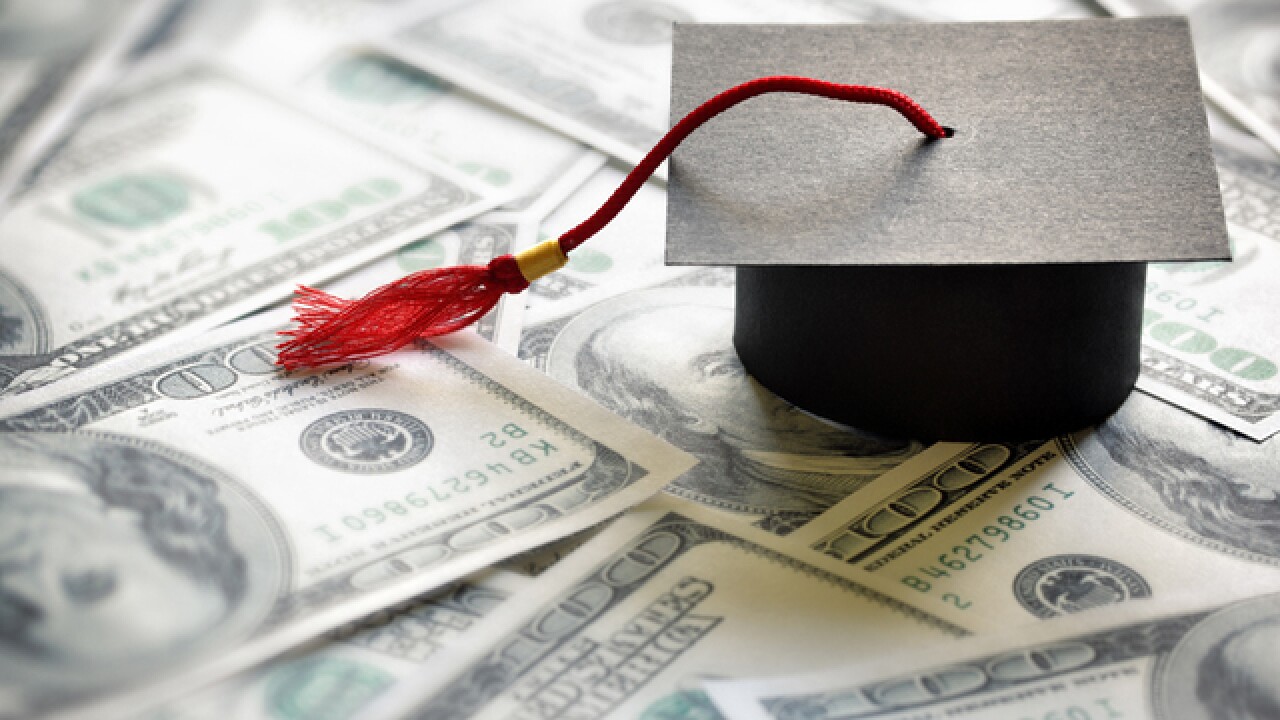 FLORENCE, Ky. – Almost a year after the president of Northern Kentucky’s state community college retired amid running tensions with its board of directors, the college’s foundation will begin paying him a $348,000 incentive in July.

The 2014 “incentive plan,” obtained through a public records request to the Kentucky Community & Technical College System, was intended to reward G. Edward Hughes for his “efforts, abilities and accomplishments” during 14 years as president of Gateway Community & Technical College. His regular base salary was $177,463 a year, with an “allowance” of up to $22,000 more.

Hughes’ supplemental pay from the nonprofit Gateway Foundation was never made public until now, and it is drawing criticism amid community college budget cuts, belt-tightening and declining enrollment.

“It’s stunning,” said Joe Meyer, secretary of the Kentucky Education and Workforce Development Cabinet from 2009 to 2013. “It really calls their fundraising into question. Was this a fundraising for the college or was it fundraising for the personal enrichment of the fellow who was engaging in it?”

The Gateway Foundation is the independent, charitable arm of Gateway Community & Technical College, one of 16 Kentucky community colleges. The foundation’s mission is to “raise funds and awareness for Gateway.” It claimed about $2 million in net assets as of last June 30, according to its audited annual financial report.

Jeff Groob, president of the college’s board of directors, said he was unaware of the incentive payment. During the past two years, Groob and other directors have clashed openly with Hughes over his job performance, spending and real estate deals. Gateway also faces disqualification from federal financial aid programs if it can’t lower its federal student loan default rate to less than 30 percent.

“The money would have been better spent on funding hundreds, if not thousands, of scholarships for deserving students, many of whom attend Gateway without enough money to buy their own lunch,” Groob said in an e-mailed statement. “These revelations reinforce that KCTCS has lost its way and needs a structural overhaul with an emphasis on accountability.”

The surfacing of the $348,000 incentive payment to Hughes is the latest episode to cast light on controversial actions by nonprofit foundations tied to Kentucky’s public colleges and universities. In Louisville last year, revelations of the University of Louisville Foundation’s payment of $4.2 million in deferred compensation to President James Ramsey and former Provost Shirley Willihnganz led some U of L trustees to complain of being kept in the dark.

According to the incentive plan signed by Hughes and former Gateway Foundation Chairman Lee Flischel, on July 1 the foundation will pay Hughes the first of $34,800 annual installments over the next 10 years. A summary of the obligation is included in the foundation’s audited 2015 financial report, which isn’t posted online and not readily available to the public.

Flischel did not return a message left with someone at his home Monday.

The current foundation chairman, Jim Parsons, said the 2014 incentive plan replaced an earlier one from 2005.

“It was basically an understanding that was worked out years before as a concept of an incentive for him to continue to stay at Gateway for at least a 10-year period as president,” said Parsons, who was not on the foundation board in 2005.

But the 2005 incentive consisted entirely of a $210,000 life insurance policy for Hughes. It contains no provision for any kind of incentive payments, neither during nor after Hughes’ service to the college.

Parsons supports the payment of $348,000 to Hughes for his service to Gateway.

Krista Hossman, a 2014 Gateway graduate who served as the student representative to the Gateway board of directors, said the $348,000 in payouts left her “speechless.”

Craig Mauk, who retired as a Gateway biology professor on Dec. 31, said the incentive payment will rankle Gateway faculty members.

“The fact that monies are tight, (that) they’re not going to be traveling for professional meetings, (that) there’ll certainly be no raises and, in looking at student enrollment declines, that money could have been better spent to attract students,” Mauk said.

Gateway has campuses in Boone County, Covington and Edgewood. From an all-time peak of 4,857 in fall 2011, Gateway’s total enrollment has steadily fallen to 4,583 as of fall 2015 -- a 5.6 percent decline. Enrollment decline throughout the Kentucky Community & Technical College system has been much steeper during that time -- 26.1 percent.

Fourteen of the 16 KCTCS colleges have separate, fund-raising foundations. Although they share their audited financial reports with KCTCS, they are not obligated to provide “other documents pertaining to their finances,” said Terri DeAtley, director of policy administration and legal analysis at KCTCS.

Meyer, the former state Education Cabinet secretary, questioned the appropriateness of a $348,000 golden parachute to Hughes when Gateway has struggled to deliver trained workers. Under Hughes, Gateway spent $26.8 million on a large new campus miles away from Northern Kentucky’s population core.

“The relationship between the school and the two largest employers here in Northern Kentucky -- advanced manufacturing and health care -- was poor,” said Meyer, a Covington resident. “The manufacturers are incredibly frustrated by the inability of the school to effectively partner with the manufacturers to help them get the number and quality of employees they needed to maintain their competitive advantage.”

Meyer said the amount of the incentive is “distressing” because community colleges were struggling even before Gov. Matt Bevin, in his first budget, proposed a 9 percent annual cut in public higher education spending.

“I’m left sorta speechless by it because folks in education -- especially in higher education -- at these levels are very well compensated already,” Meyer said.

KCTCS came under internal criticism in 2014 after the Kentucky Center for Investigative Reporting revealed that Box’s predecessor, Michael McCall, was given a $324,000 retirement send-off by the Board of Regents.

This story was produced by the Kentucky Center for Investigative Reporting, a nonprofit news organization. Reporter James McNair can be reached at jmcnair@kycir.org or (502) 814.6543