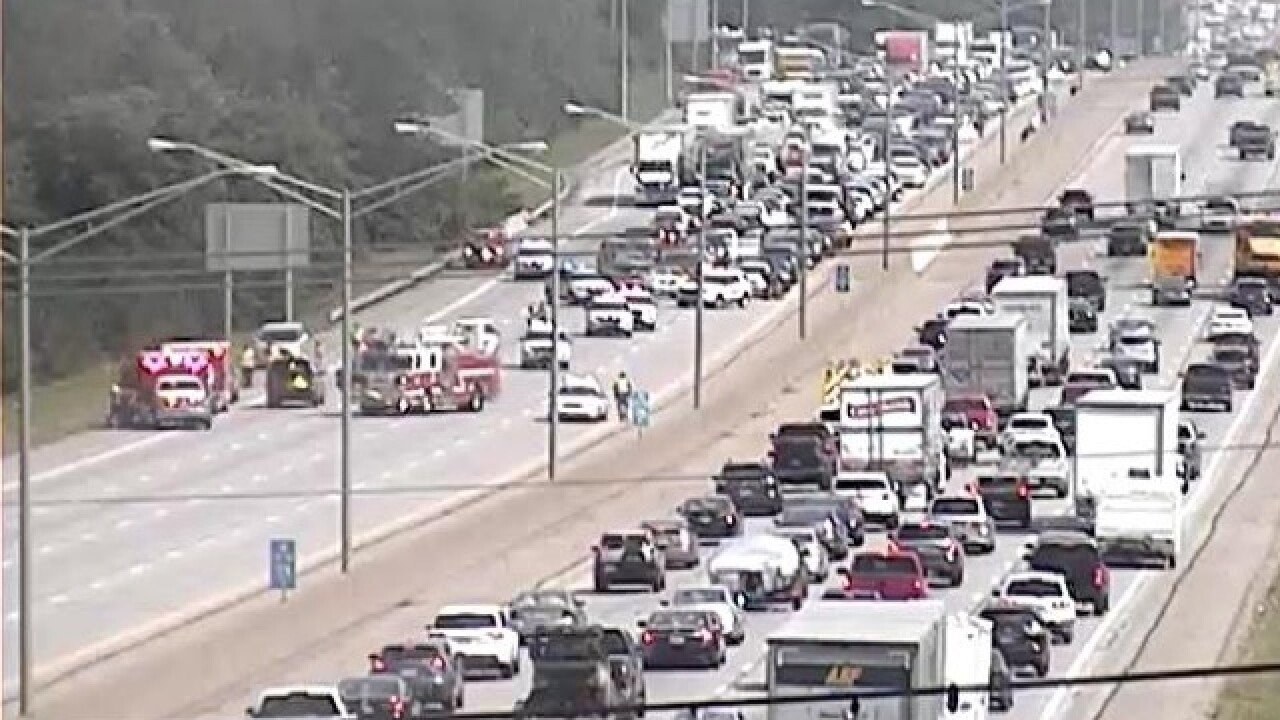 BOONE COUNTY, Ky. -- A man and nephew were killed Sunday morning when a pickup truck overturned in Walton.

Preston A. Gilbert, 35, was pronounced dead at the scene. His uncle, 47-year-old Robert L. Gilbert, was taken to University of Cincinnati Medical Center by helicopter, but he also died.

Both men were from Glens Fork, in southern Kentucky.

They were hauling a boat trailer south on Interstate 71/75 when the rear driver's-side wheel came off near the Richwood Road exit.

According to Sgt. Philip Ridgell, spokesman for the Boone County sheriff, the driver lost control, went off the right side of the interstate and into the embankment.

It appears neither man was wearing a seat belt, Ridgell said, and both were thrown from the truck.

The southbound lanes of the interstate were closed from about 10 to 11:30 a.m.