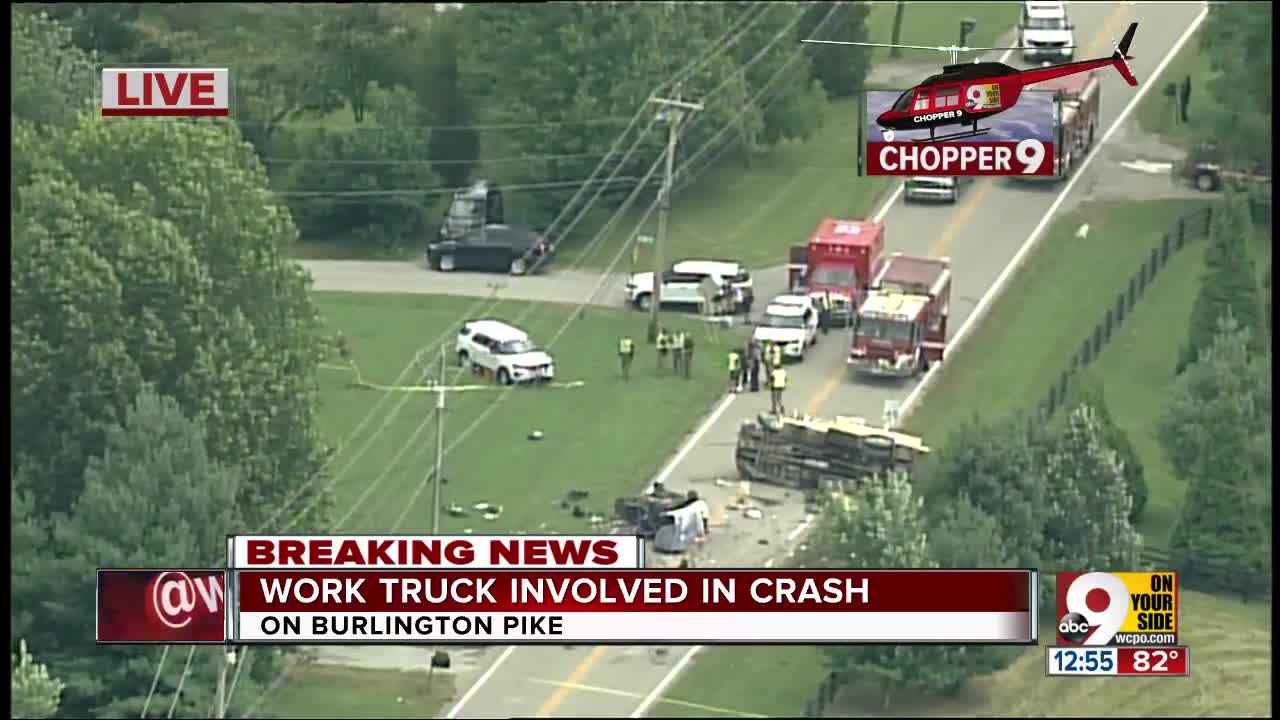 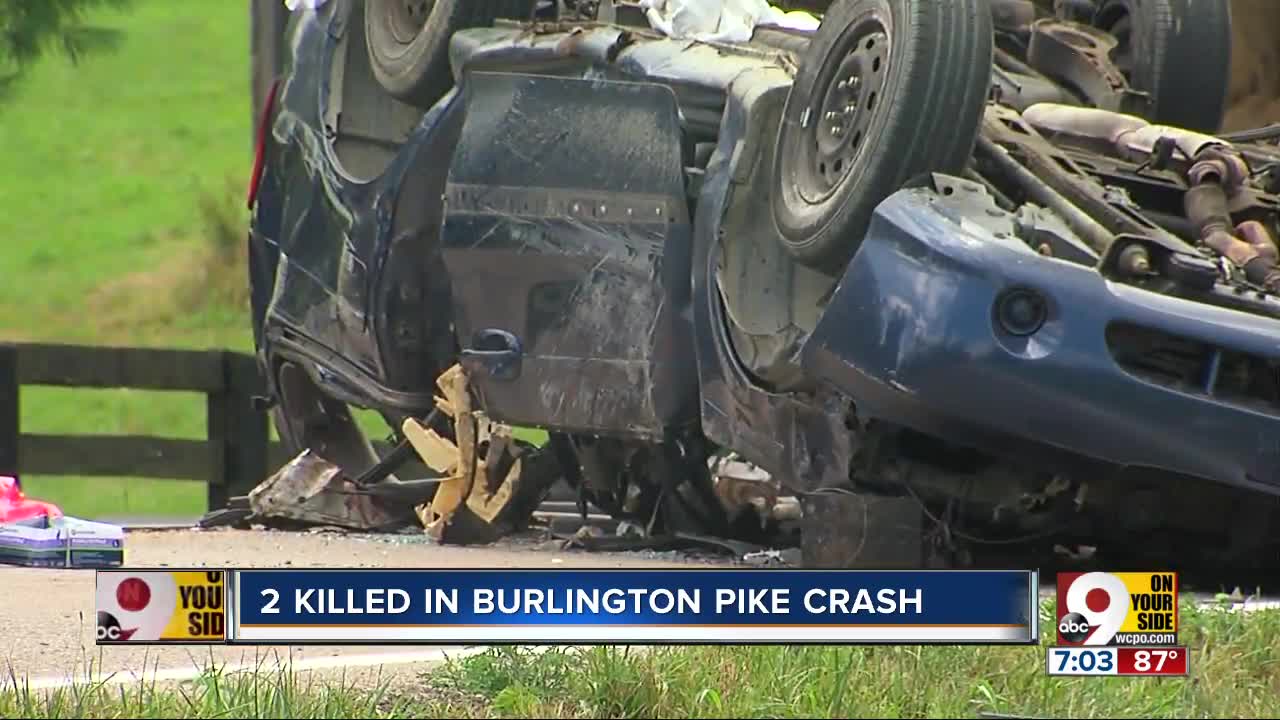 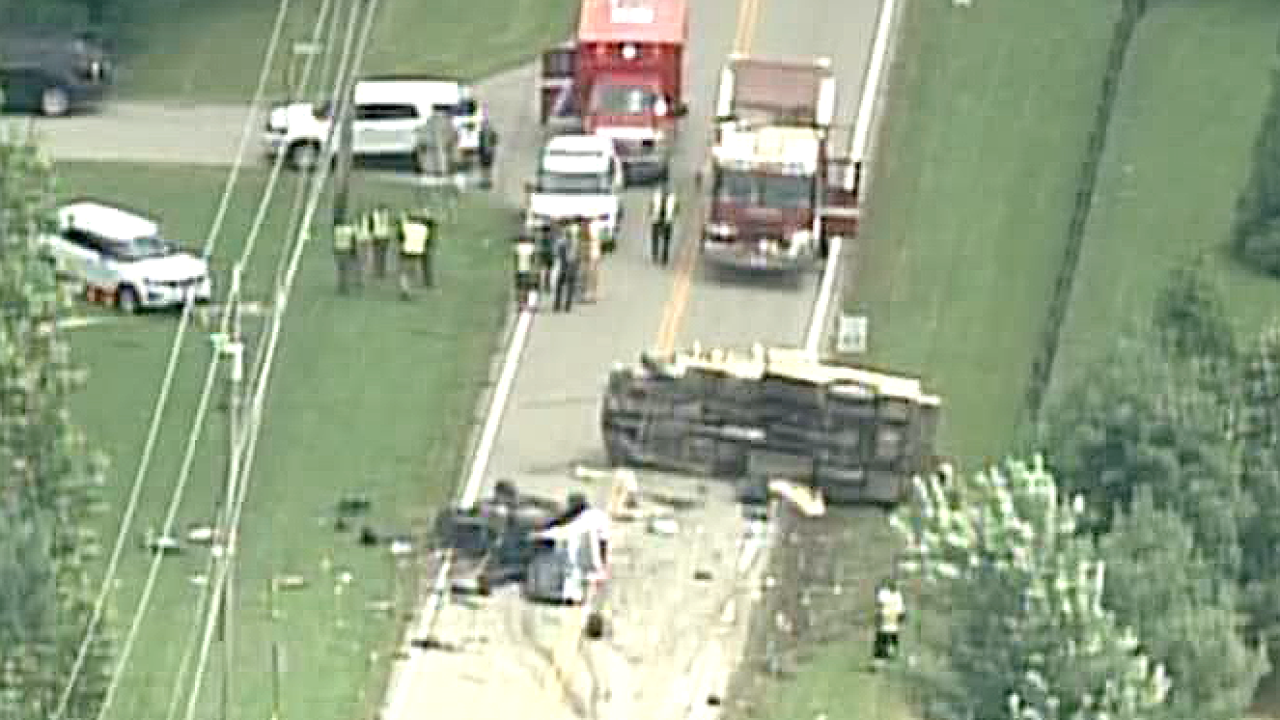 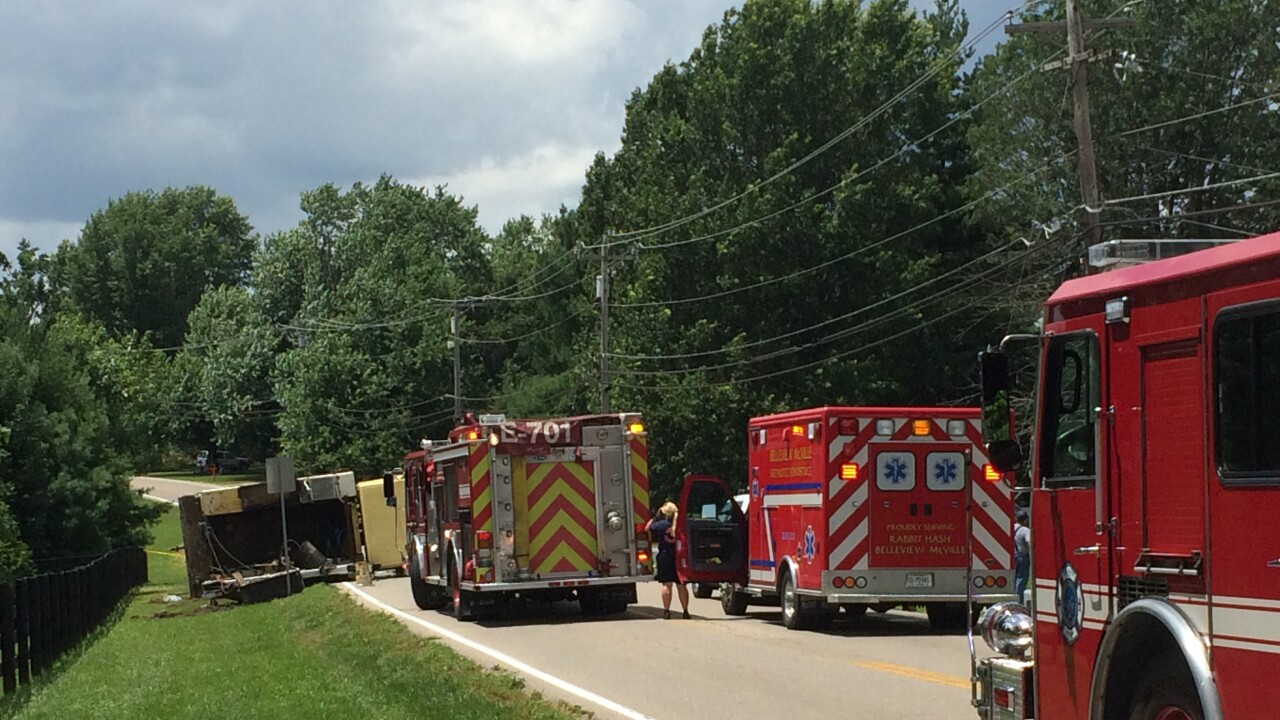 BURLINGTON, Ky. — A husband and wife were killed when their car collided head-on with a dump truck in a three-vehicle crash in Boone County Tuesday, according to the sheriff's office.

The victims were identified as James Harrison, 31, and Cheyenne Harrison, 30, of Petersburg, Kentucky.

Dan Carroll in Chopper 9 had an exclusive aerial view of the scene and shot the video above.

The Harrisons were extricated from their blue Kia Sedona but died at the scene, according to the sheriff's office. The sole occupant in the other car, a red Honda Civic, and the dump truck driver suffered non-life threatening injuries and were transported to local hospitals.

According to the sheriff's office, the Honda Civic was trailing an SUV and both slowed down when the SUV prepared to turn into a driveway. The Harrisons' Kia Sedona struck the rear, driver’s-side bumper of the Honda Civic, then crossed the double yellow line into the eastbound lane. The dump truck was traveling eastbound and struck the Sedona.

The impact caused the dump truck and Sedona to overturn on the roadway.

The accident scene reopened to traffic shortly before 4 p.m.