Thousands turn out to pay respects 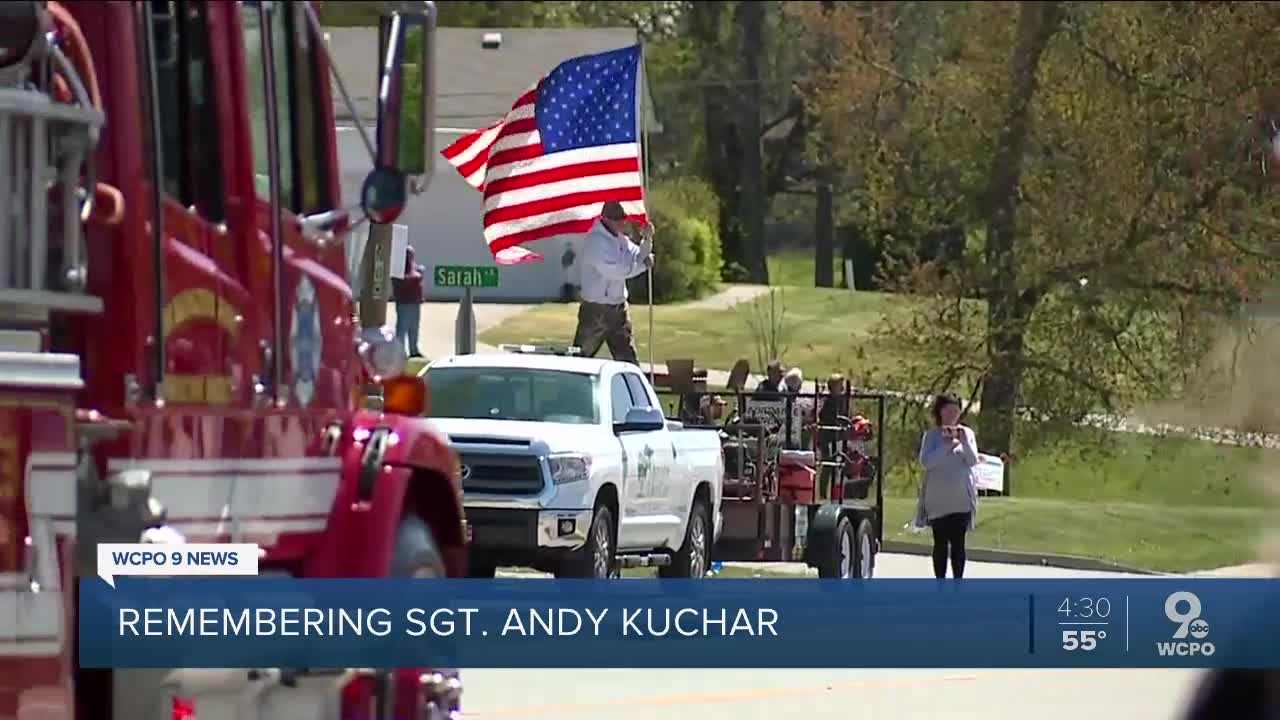 Burlington Sgt. Andy Kuchar, a 13-year veteran with the fire protection district, died April 16 due to complications from an injury sustained during a training exercise. 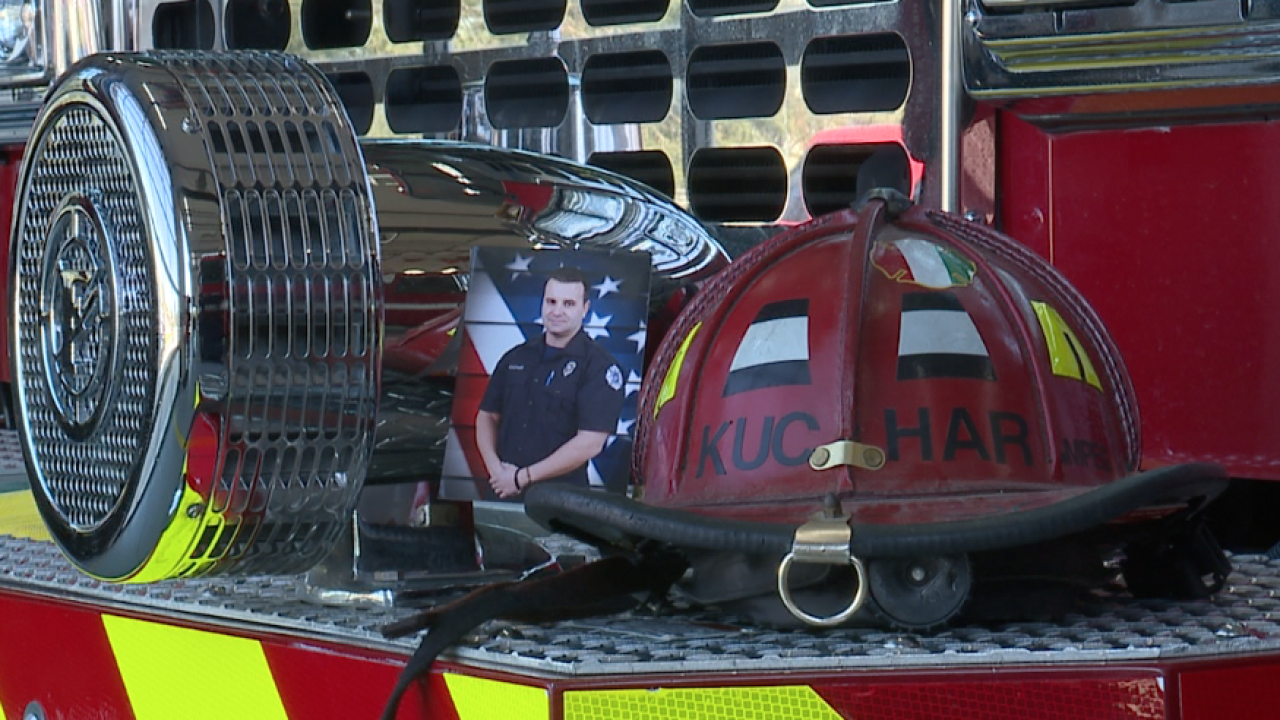 Kuchar, a 13-year veteran with the Burlington Fire Protection District, died of complications from an injury he sustained a training exercise last week. He was 43.

During Tuesday afternoon's procession, the smallest of signs showed the biggest of meanings, as Kuchar meant so much to many who lined the sidewalks. Among them were Andrew Leibfarth and Gavin Griffin, who knew Kuchar as a coach at Conner High School.

“He was a good coach to us,” Griffin said. “Very motivational. Very inspirational. He pushed us to the best we could to everything we could. 110%.”

Francine Draughn, who worked with Kuchar for a short time at the Southern Campbell Fire District, said she remembers a guy who cared about others.

“He’d talk to you for hours if you needed it. He was always there to listen," she said.

Some showed up having never met the husband, father, Navy veteran and Burlington firefighter.

“My prayers and thoughts are with his family,” said Allen Weckbach, standing in attendance at the procession.

But there they stood in support of the fallen hero, watching his casket draped with an American flag ride atop a fire rescue truck one last time.

“It’s going to be great for his family to see that even with all this going on, not being able to do the whole funeral like we’d like for him,” Draughn said. “To see that everyone is able to pay their respects to him.”

Burlington Fire officials are setting up a trust fund for the two children Kuchar leaves behind, and they also plan to hold a celebration of life event as soon as large in-person gatherings are allowed again.

“He has one teenager, and one younger child," said Assistant Fire Chief Rob Butcher. "We want to make sure that they have those memories preserved for a lifetime."

To donate to the Madison and Stella Kuchar Trust Fund, you can mail a donation to Burlington Uniform Firefighters Local 452, PO Box 56, Burlington, KY 41005. For more information, click here.