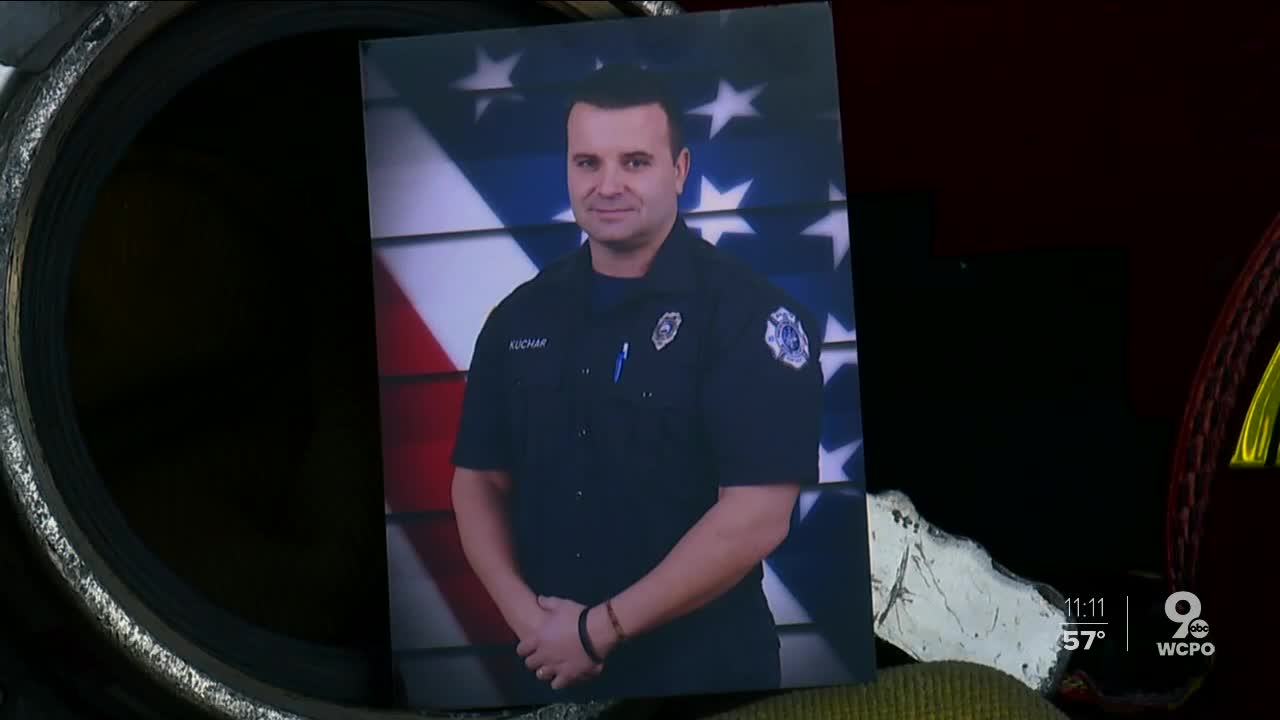 The husband and father of two was a U.S. Navy veteran and joined the Burlington Fire Protection District as a volunteer in 2007.

BURLINGTON, Ky. — Burlington Fire Sgt. Andy Kuchar, remembered by firefighters for his acts of service and devotion to his family, died last week of complications following surgery for an injury he sustained on-duty.

The husband and father of two was a U.S. Navy veteran and joined the Burlington Fire Protection District as a volunteer in 2007. Assistant Fire Chief Rob Butcher remembers Kuchar as a man with a big heart and an amazing life cut too short.

“Andy was one of those guys that if you needed something, he was there,” Butcher said. “He had a fondness in his heart for children, and for any type of charity event that was happening especially for children.”

Butcher said it’s been a tough few days at the Burlington Fire Protection District, filled with moments of sadness and grief.

“And tears. Lots of unbottled emotion that you didn’t know you had in you sometimes,” Butcher said.

Kuchar was injured on duty during a training exercise last week, which led to emergency surgery.

“His exact words were, ‘Everything went fine. As expected, no surprises.'”

But the following afternoon, the department received the call that Kuchar had passed away peacefully at home.

In video shared on social media, Northern Kentucky fire departments showed support on overpasses as Kuchar was transported to Louisville for an autopsy.

“One of those things that make you realize that you’re a part of this amazing family in the fire service,” Butcher said.

With the COVID-19 pandemic restricting gatherings at this time, making funeral arrangements has been a challenge.

“It’s been an extreme issue. It’s not anyone’s fault. It’s the situation we’re in," he said, adding that the department will hold a celebration of life as soon as people can gather in large numbers again.

Butcher said the funeral home and cemetery won’t be accessible Tuesday. Instead, Burlington Fire officials are hoping community members will show up on sidewalks along the funeral procession route to show support.

The procession begins at 2 p.m. Tuesday. The route will go south on Camp Ernst Road from Rte. 18 passing Camp Ernst Middle School, then on to Pleasant Valley and south once again on US 42 all the way to Ryle High School.

“That show of support would mean a great deal for his family,” Butcher said.

You can view the full route in the map widget below:

Butcher said Kuchar was quick-witted with a great sense of humor, and could make anyone in the room smile.

But above all, Kuchar will be remembered for a lifetime of service, with his legacy rooted in what he did for others.

“We can all take a little piece of what Andy meant to us, and keep that with us,” Butcher said. “Continue that legacy of serving others to the very best of our ability in the way that he would do that.”