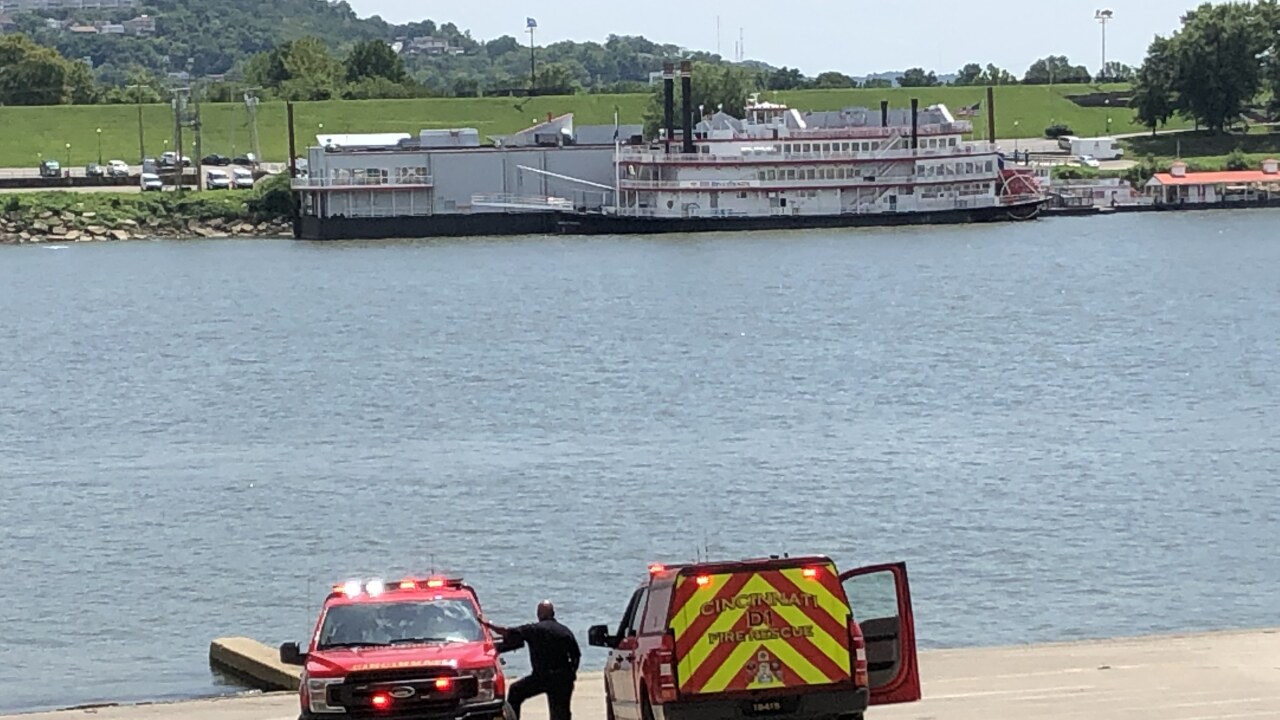 Copyright 2019 Scripps Media, Inc. All rights reserved. This material may not be published, broadcast, rewritten, or redistributed.
WCPO
Cincinnati rescue crews responded to the Public Landing after a worker reportedly fell off the dock at BB Riverboats on the Newport riverfront. 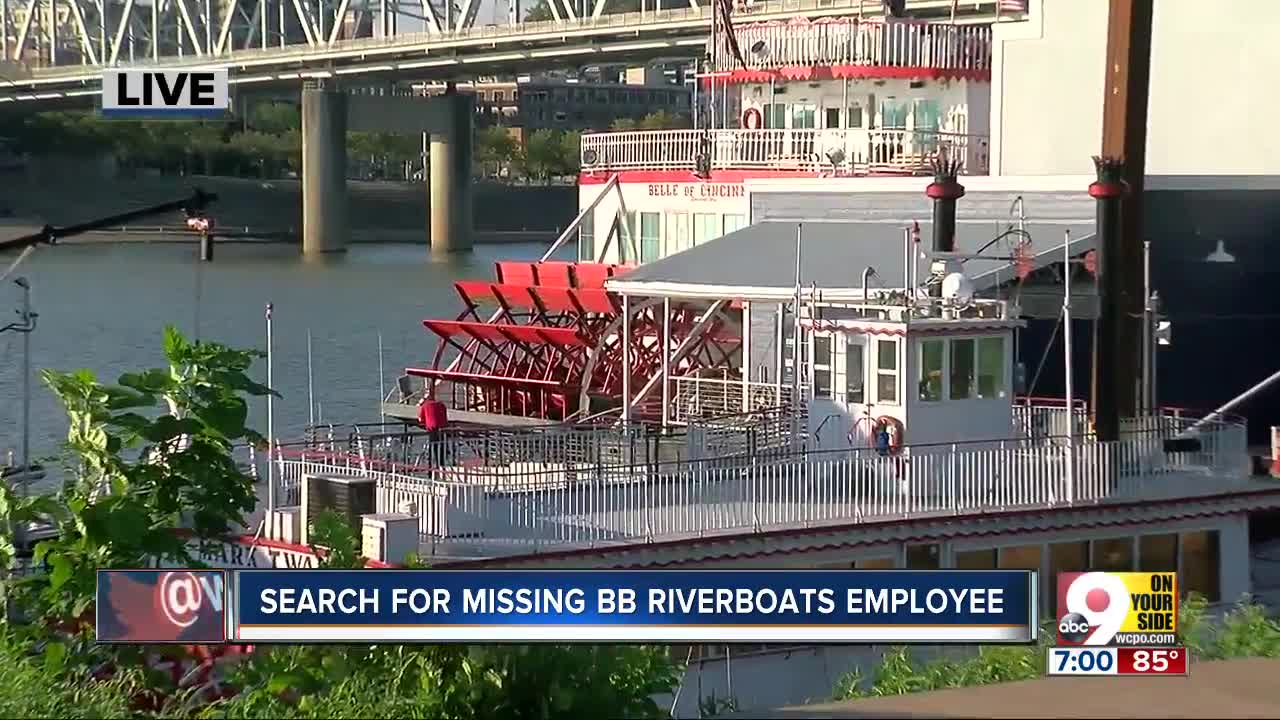 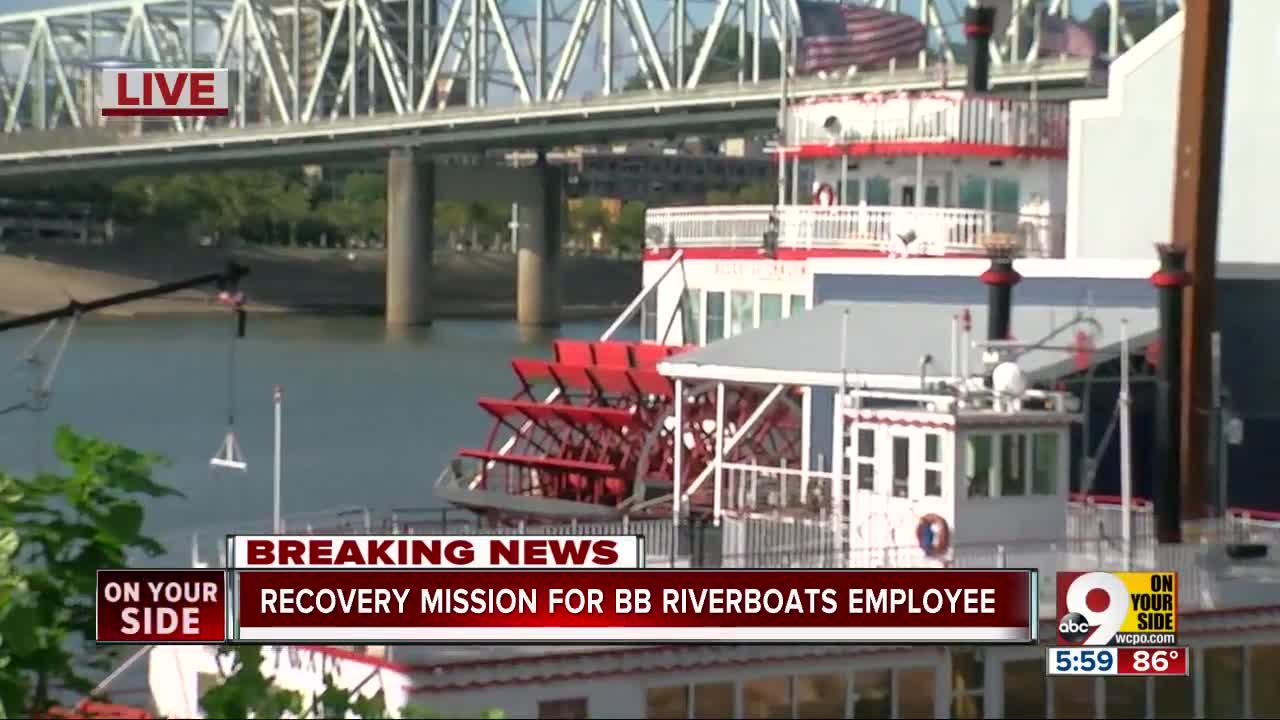 NEWPORT, Ky. — Coast Guard boats spent a second day Wednesday searching the Ohio River for a BB Riverboats employee who fell in Tuesday morning. They called off the effort at 8:15 p.m., promising to return and resume in the morning.

Newport Fire Chief Bill Darin called it a recovery mission, not a rescue.

The family of the 37-year-old man has been keeping a constant vigil from the riverbank.

The long gap between his disappearance - 10:35 a.m. Tuesday - and the report he was missing - about noon - is the most distressing part, according to family members who spoke to WCPO off-camera and did not wish to share their names or his.

Deputy Director Greg Butler of the Campbell County Emergency Management Agency said EMA and the Coast Guard were doing their best to keep relatives abreast of the search.

“Any time you’ve got potential of losing a loved one or anything like that, they’re going to be very emotional,” he said. “We talk to them, give them updates that we can give them.”

According to Darin, surveillance cameras showed the man was alive and appeared well at 10:35 a.m. From there, he disappeared from the surveillance footage and hasn't been seen since. None of his coworkers witnessed anything.

The Coast Guard led the subsequent search on the river, using SONAR to search for objects under the water. Campbell County EMA searched the shore for signs of the missing worker.