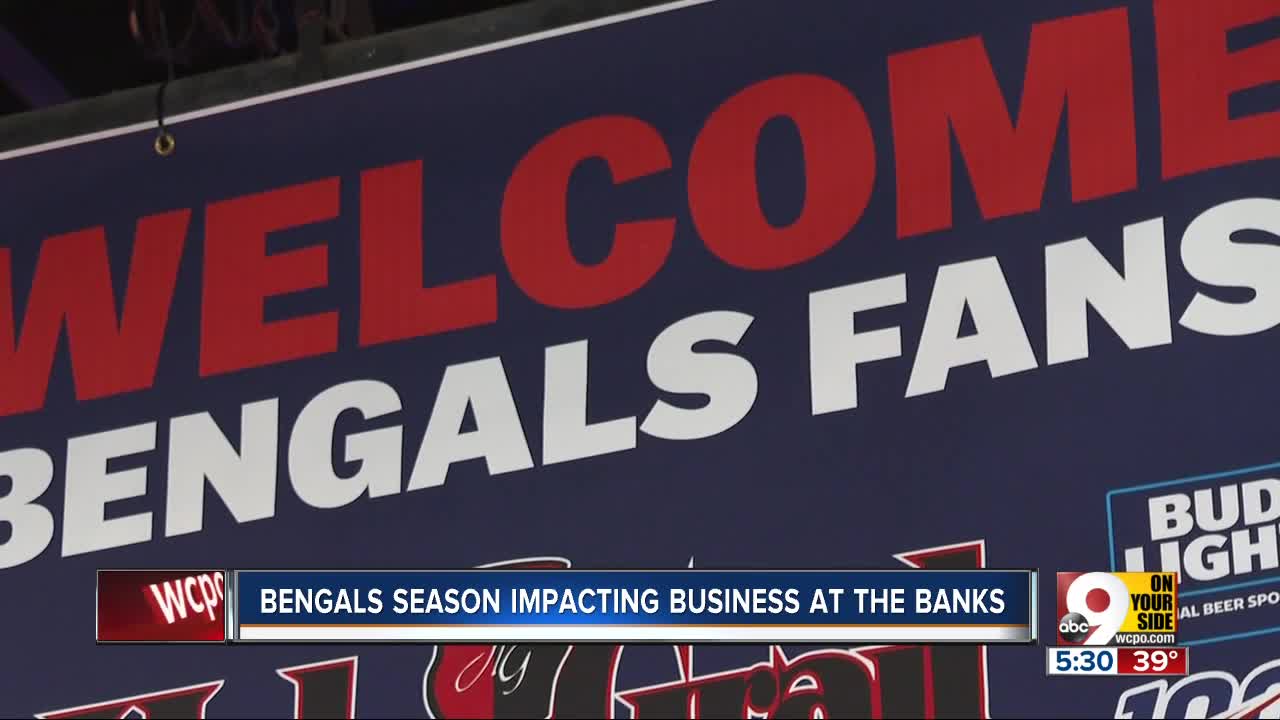 The Bengals' losing streak, it doesn't just affect morale inside the stadium, it also affects businesses at the Banks.

"It can be very depressing," Ross Kirchner, regional manager at Condado Tacos, said of the Bengals’ 0-11 record – worst in franchise history.

"It always starts out hopeful," Denice Koenig, manager of the Holy Grail, said about her customers' mood. "And then kind of as the game goes along, you can kind of see … the turn of, I don't know if the drinking becomes more happy or sad."

Both agree business was better last year even though the Bengals had a third straight losing season.

“A lot of times last year, we fill up, we'd be on a wait, maybe even a little bit of a line out the door,” Kirchner said. “We're getting a good fill, but just not the same energy as we had last year. A lot quieter and a lot earlier of the crowd departing."

"It's a little bit different this year, for sure," Koenig said.

If there’s one good thing about it, Kirchner said he’s seeing more fans from the Bengals’ opponents, like last week when the Steelers were in town.

"Really more than anything, other teams in the area, we're seeing a lot more representation," he said.

Both businesses are hoping to see some redemption Sunday when the Bengals take on the 4-7 New York Jets. A home victory would finally give patrons at The Banks a reason to celebrate.