Avondale and the Cincinnati Zoo are a whole lot brighter, thanks to Duke settlement grant money

New bulbs inside and out at homes and businesses 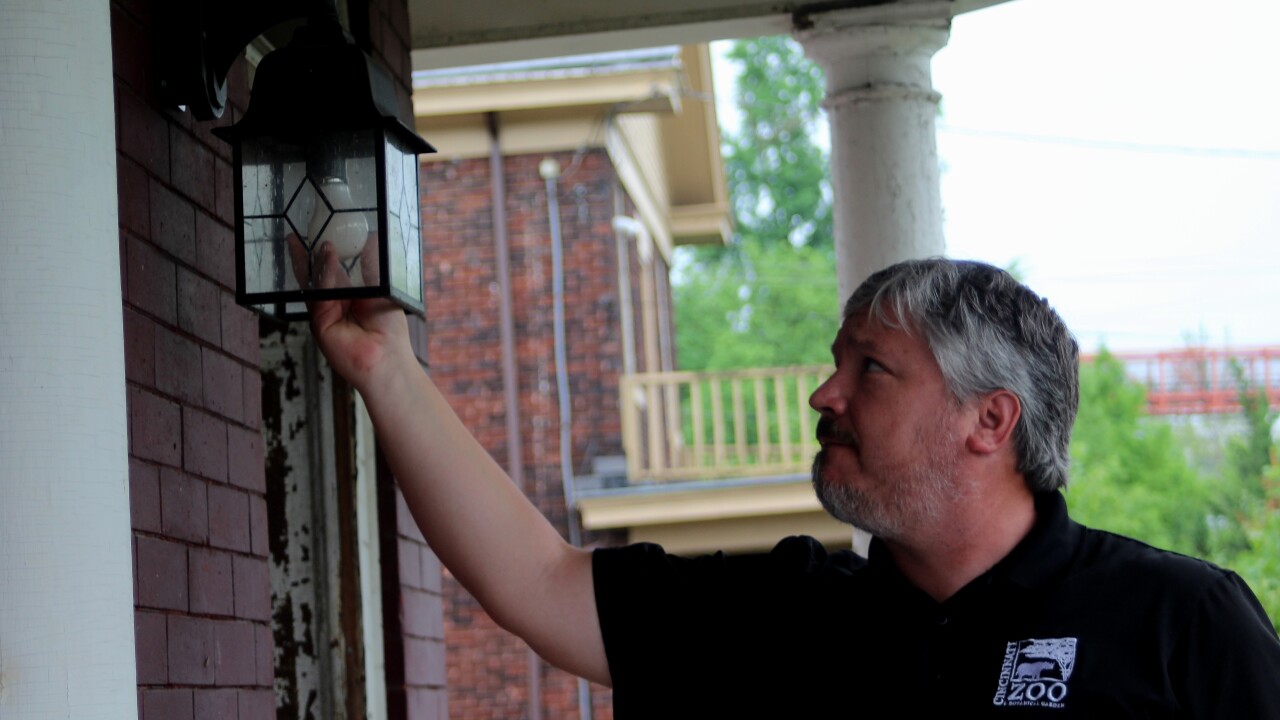 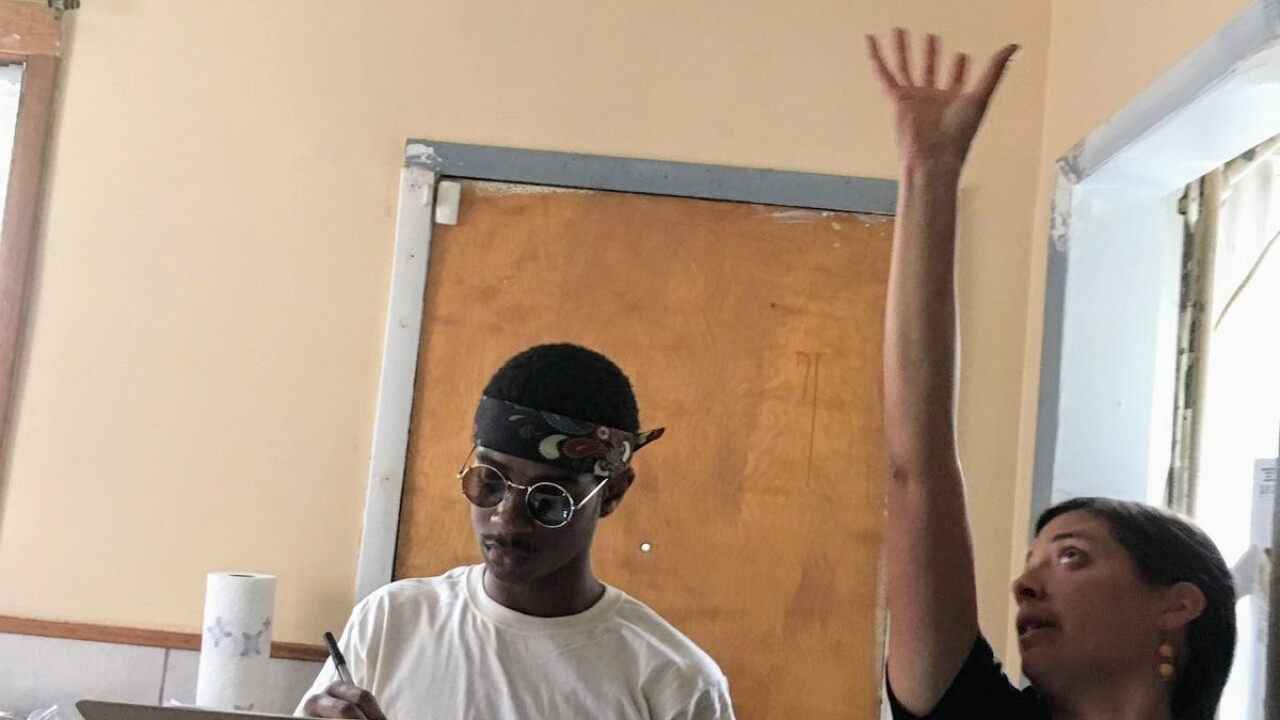 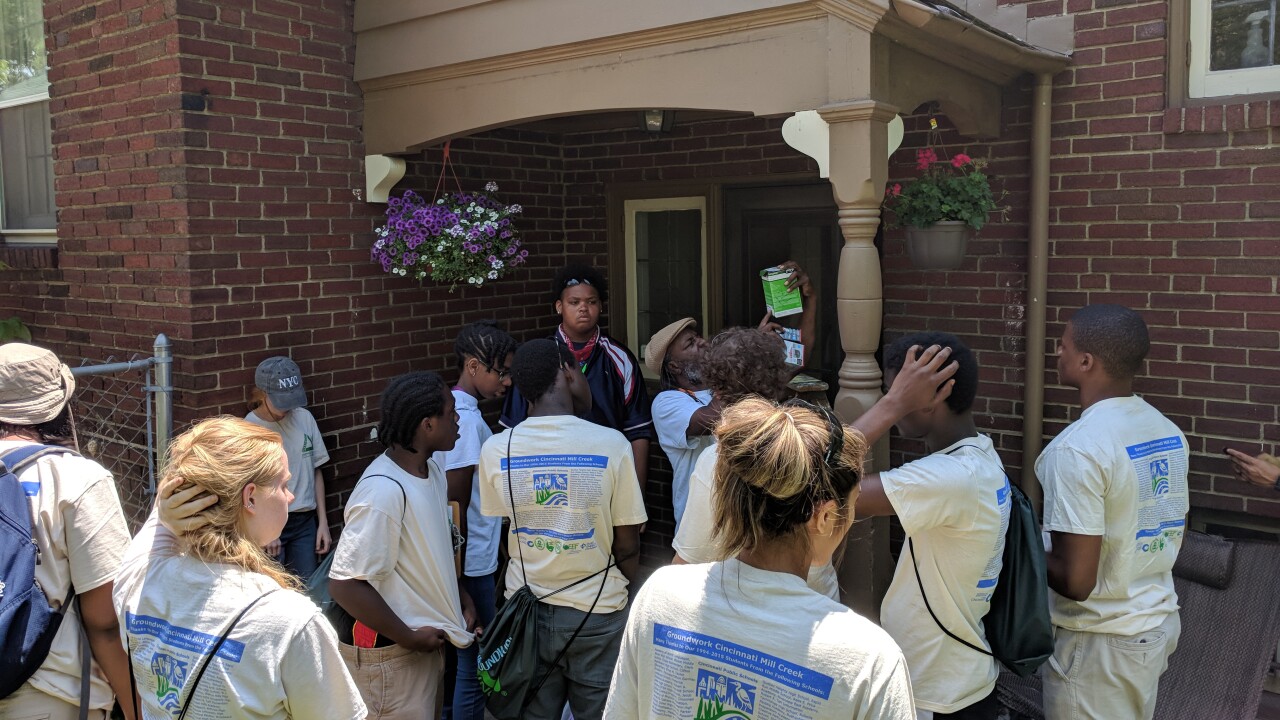 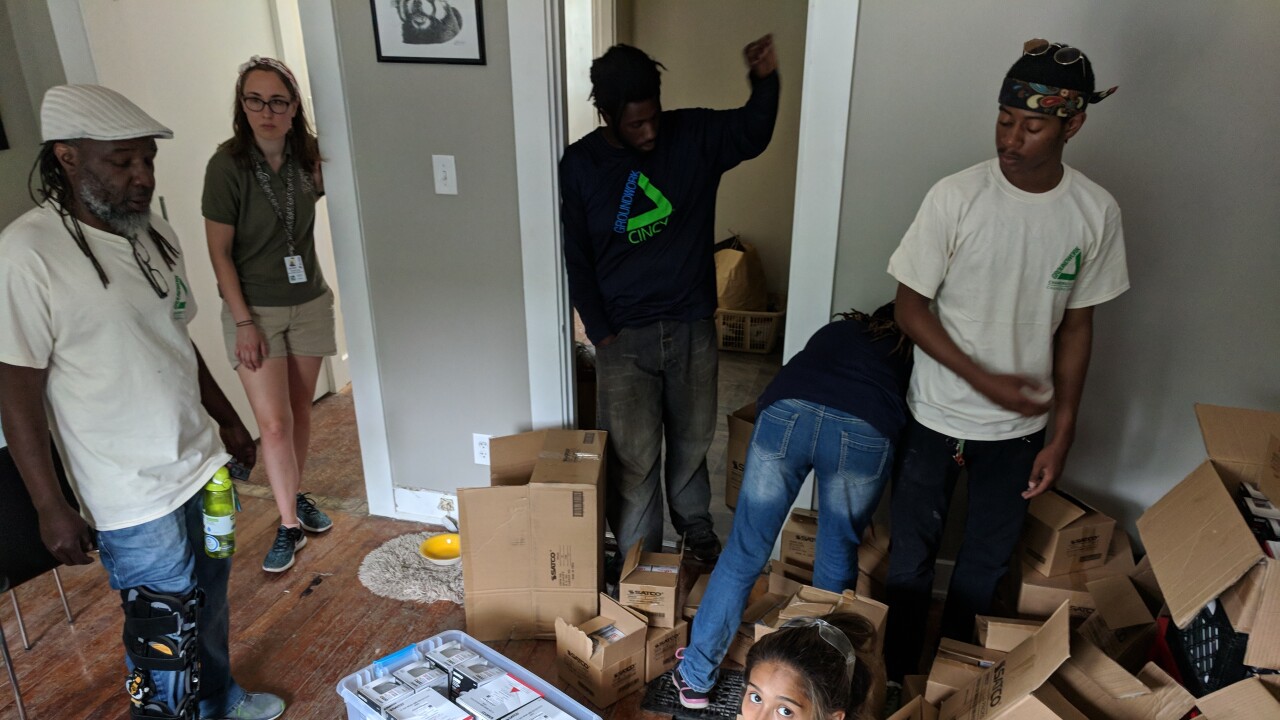 CINCINNATI — Lights at homes and businesses in Avondale are shining brighter these days and costing a whole lot less, thanks to a grant awarded to the Cincinnati Zoo & Botanical Garden.

As part of the Light Up Avondale Project, the zoo is continuing its partnership with Donovan Energy and the Millcreek Alliance’s Green Corps to transition lights both inside and out at every Avondale home and business to high-efficiency LED bulbs.

Combined energy savings and maintenance for participants in the neighborhood will total more than $150,000 per year.

The zoo received grant money from the Duke Class Benefit Fund, which was established as part of a class-action lawsuit settlement by Duke Energy in 2015.

Mark Fisher, the Cincinnati Zoo's vice president of facilities, planning and sustainability, said to date the group has swapped bulbs in about 70 homes and 26 businesses and nonprofits, including the Urban League, Ronald McDonald House and all neighborhood churches. The group also added safety lighting to neighborhood senior homes and schools.

The cost savings for these nonprofits now can be funneled back into the community, he said.

“The Urban League, for example, reduced their energy bill by thousands a year, and that’s money they now have to spend on programs for Avondale,” he said.

While switching lights may seem like a simple task, Fisher said, it’s riddled with challenges, taking into account the myriad antiquated lighting fixtures in older homes and buildings. For help, the zoo recruited Green Corps, a combination of volunteers and Cincinnati State students trained in lighting upgrades, who receive college credit for their time. Fisher said the group also goes door to door and passes out fliers to help spread word about the program.

“We’ve been plodding along a bit on the residential side,” he said. “We knew it was going to be difficult telling people, ‘Hey, we’re there to change their light bulbs,’ so getting people to answer the door is the first step.”

Avondale Community Council office manager Belinda Larkin said the Green Corps swapped out her lights more than a year ago. She said in addition to changing multiple lights in ceiling fans in every room, specialty lights in a chandelier and florescent lights in her basement, the group made a special trip to bring in floodlights for her yard. Green Corps members were friendly, knowledgeable and efficient, she said, and they worked well together as a team.

“These young people should be very proud of the work they do,” she said. “And I’ve seen a big change in my electric bill, trust me.”

The Avondale Community Council plays an important role in spreading word to residents at monthly meetings, she said, and her homeowner neighbor eagerly followed her lead after seeing the results. But not many have switched at the rental units nearby, she said.

Fisher said reaching everyone is difficult, since homeowners make up only 22% of residents in Avondale. And in order to swap lighting, he said, the group often needs permission from the owner.

“They’re mostly renters, and it’s not their building, so it’s complicated,” he said.

The project began after Fisher saw grant funds become available through the Duke Class Benefit Fund. He then submitted a proposal to change all lights within the zoo, including swapping the Festival of Lights’ bulbs to high-efficiency LEDs. When the first round of funding didn’t complete the change-out, he said, the zoo submitted a second proposal.

“The idea was, let’s go for a half a million, 100 for us and 400 for Avondale to go through the neighborhood,” he said. “And the board that was reviewing those grants loved the idea and awarded up to $450,000 to do it and that’s where it all started nearly three years ago.”

For those unfamiliar with Williams v. Duke Energy, Duke Class Benefit Fund board chairman Brewster Rhoads said that between 2005 and 2008 the energy giant passed rate hikes onto homeowners and businesses in order to fund rebates for its largest, preferred customers, resulting in an $81 million settlement.

Rhoads said Ohio Federal Judge Edmund Sargus asked him to head the Duke Class Benefit Fund board after setting aside $8 million in grant money to be used on energy-saving projects to benefit consumers.

“Most people think the Duke Class Benefit Fund means Duke is giving the money and gets the credit,” he said. “They’ve become a wonderful partner, but they were the culprits and got caught. The judge ordered them to pay a big-time fine. So it’s become like a poster-child settlement that may be replicated by others because of wrongdoings by utilities.”

In addition to the zoo’s grant, Rhoads said they’ve awarded money to the City of Cincinnati to upgrade recreation centers, improve HVAC systems in Habitat for Humanity homes, convert the former city hall in Silverton to an energy-efficient brewery and replace antiquated insulation at the Taft Museum of Art.

“The zoo was one of the entities that applied and received a couple different grants, because they received a supplemental grant after they showed us they could do such a good job,” Rhoads said.

During the next 10 years, Fisher said, the conservative estimate is $2 million in electric savings for Avondale residents and businesses; he said the zoo itself is saving thousands on the Festival of Lights.