As the riverfront gets hipper, the rent in Northern Kentucky gets higher 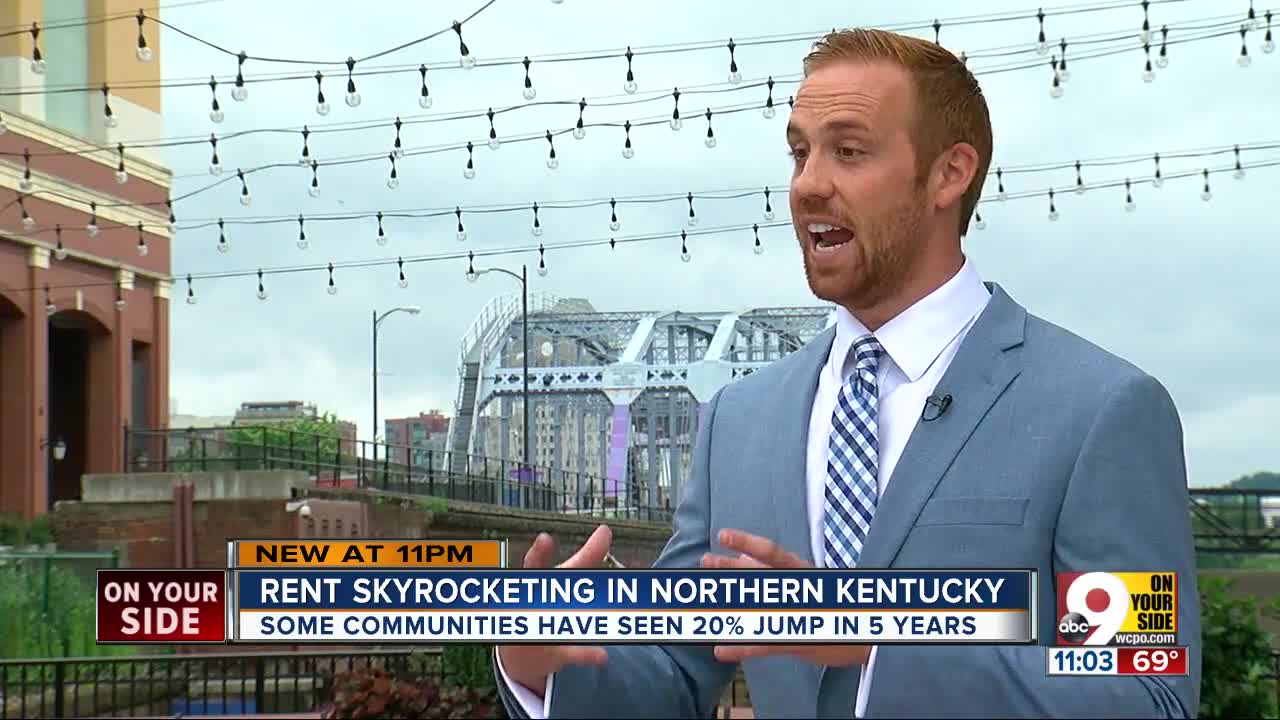 It's getting more expensive to live in Northern Kentucky, worrying some who moved there years ago in search of affordable housing.

Editor's note: A former version of this story included the incorrect name for Missy Spears. This story has been updated.

It's getting more expensive to live in Northern Kentucky, worrying some who moved there years ago in search of affordable housing.

"The economy doing really well is driving up prices," said Walt Gibler, a real estate agent with Coldwell Banker West Shell, on Thursday. "Also with the buildings and the retail and the restaurants all going in, it's created such a desirable place, that the rents are naturally going to go up because the demand's going up."

Northern Kentucky is often considered more affordable per square foot than much of Cincinnati, but the new trend of rising property values bucks that expectation. According to Zillow, home values in Covington alone have risen more than 12% in the last year.

"The rent was low when I first moved here," said Missy Spears. "It was extremely affordable. It's increased in such a quick fashion that the people who have lived here for some time might not be able to keep up."

Further away from the Ohio River, Independence has experienced a more than 20% jump in rent since 2015; some rents in Florence are up nearly 19%.

Gibler said he doesn't believe this spike is sustainable. According to him, the average rent across the Midwest goes up about 2 to 3 percent, which should be more visible in areas like Northern Kentucky as time passes.

"For a while, Northern Kentucky and Cincinnati, in general, has been a sleeper town," said Gibler. "Now, with the urbanization that's happened after the 2008 crash, people are starting to come down to the core of the cities."

Waiting for rent prices to stabilize as demand dies down may not be an option for more financially strained families, Spears said. She added that although she's willing to do whatever it takes to stay in Covington, rent increases have forced out residents as the area has become more desirable.

"Pricing local apartments if I had to move, the rent is definitely too damn high," she said.