This Ameristop taps into community with craft beer 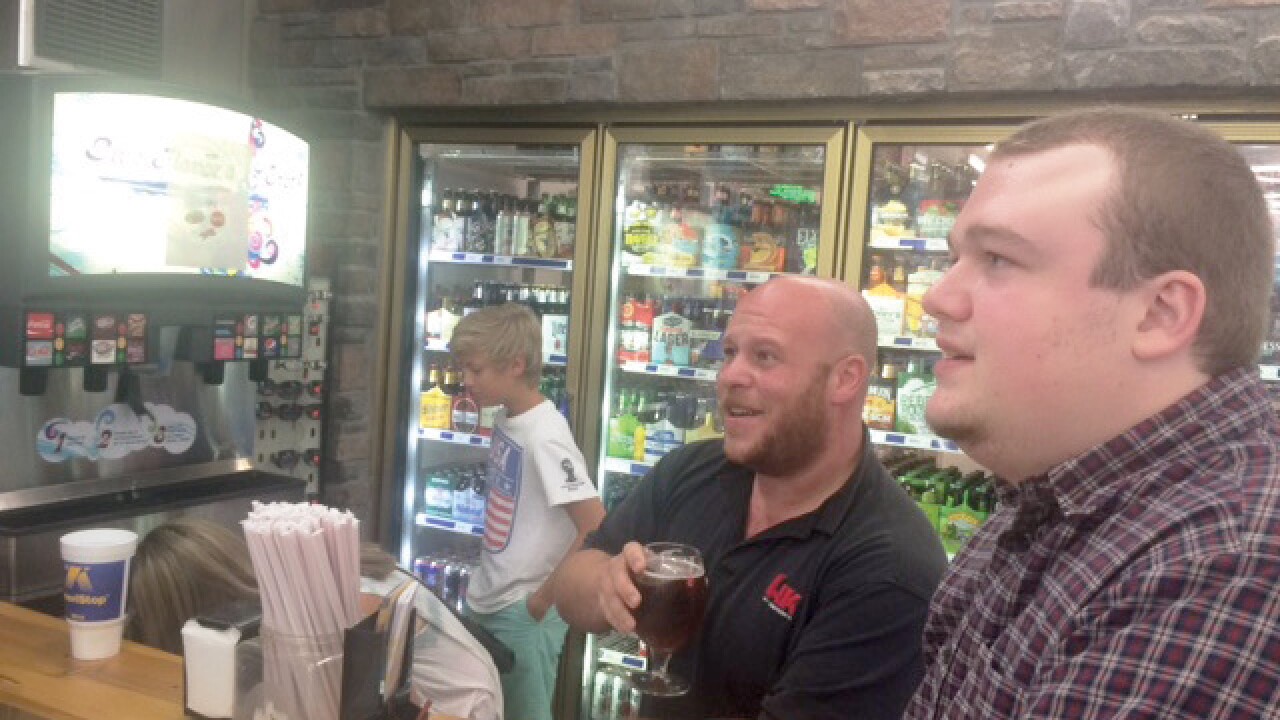 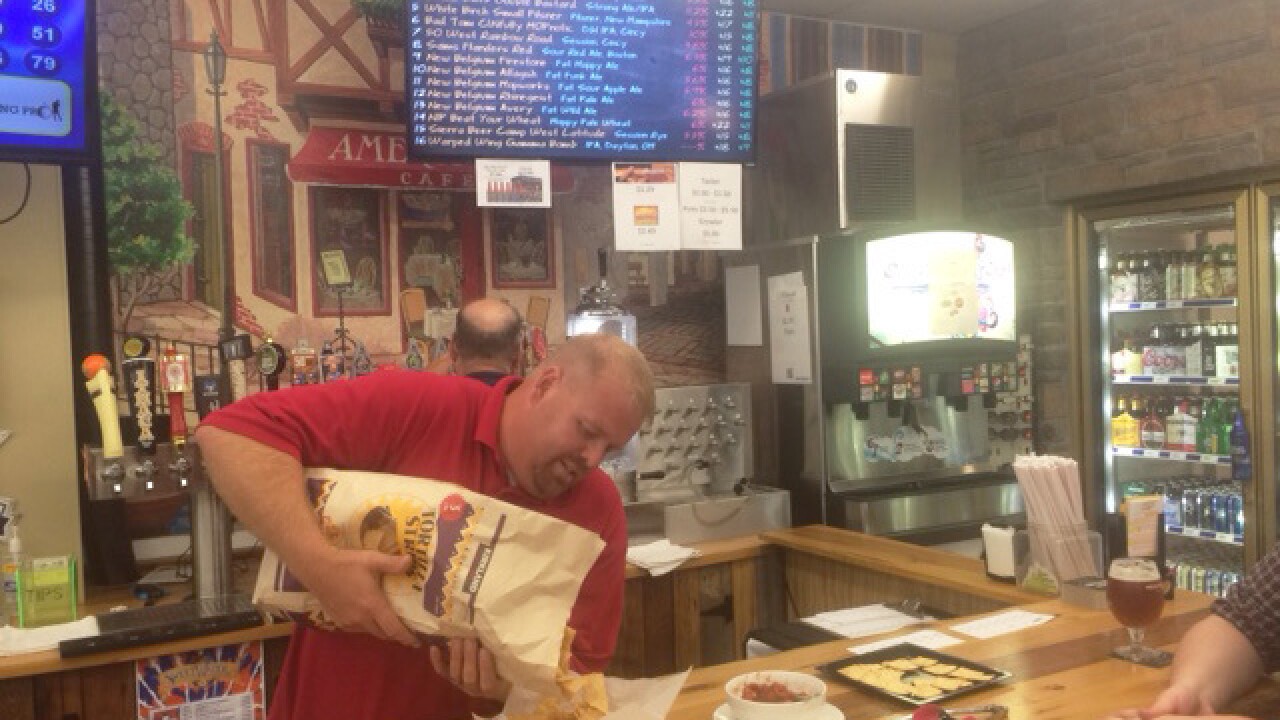 It’s only when they walk inside that new customers find something decidedly different from the norm: Beyond the cash wrap along the wall on the left, past the gum and mints, is a bar.

Granted, it’s not big by bar standards. There’s room at the bar for four, and two high-top tables can accommodate about eight more drinkers. Still, it’s a bar in a convenience store, and it sells craft beer by the pint, flight, or growler to go.

Despite having been there longer than a year, the bar still catches first-time visitors off guard, store manager Chris Tallon said.

“They’re like, ‘Wow.’ They’ll take pictures,” Tallon said. “They’ll go outside, get people from the car with them and bring them in. They’ll take selfies.”

For most people, it’s not something you see every day. But the Growler Bar, as it’s come to be called, has become a watering hole for an eclectic clientele. From P&G suits to blue-collar residents of nearby apartments, the regular crowd is as unusual as the bar they’ve come to call home.

“I think one of the best parts is that you get such a broad variety of people,” said regular Zach Miller, a resident of the neighboring Wellington Place townhome community. “It’s very different. It’s very interesting, but it’s very welcoming.”

Co-owners Steve Eckart and Joe Hancock first got the idea to install the bar two years ago during a visit to a National Association of Convenience Stores convention in Atlanta. After a year of planning and obtaining permits, the Growler Bar was born.

The bar features 16 rotating taps for craft beer and cider. Four-ounce samples cost between $1 and $1.50, while 64 ounce growlers can cost anywhere from $6 to $22 to fill, depending on the beer. Tallon works with beer distributors to host bi-weekly “tap takeovers,” promotional events that include beer and other items, like glassware and bottle openers, from a featured brewery.

The Growler Bar boasts a Pegas CraftTap beer dispenser, which fills growlers with minimal carbonation and keeps them fresh longer. The bar also sells its own branded swag, including growler bottles and T-shirts.

The store once depended heavily on ice cream and Icee sales, but the opening of a nearby Kroger cost the store about 20 percent of its business. Pint sales have been a winner for the store since the bar opened last year.

“This is the most fun we’ve had in probably 20 years,” Hancock said.

Some people visit the store specifically because of the bar, Tallon said.

“Honestly, our best advertising is word-of-mouth,” Tallon said. “People will come in and say someone told them about it, and they have to see it for themselves. It just keeps going and going.”

Craft and imported beer have been featured in this Ameristop – which celebrated its 30th anniversary last week – for a long time. The store has a walk-in cooler with plenty of local and regional craft beers, as well as cases of refrigerated singles and bombers.

“I think we have been one of the leaders in that (in Cincinnati convenience stores),” Eckart said.

The Growler Bar has become a driver of sales for the store, too, from salty snacks to microwavable food. Eckart and Hancock are investigating the possibility of expanded food service.