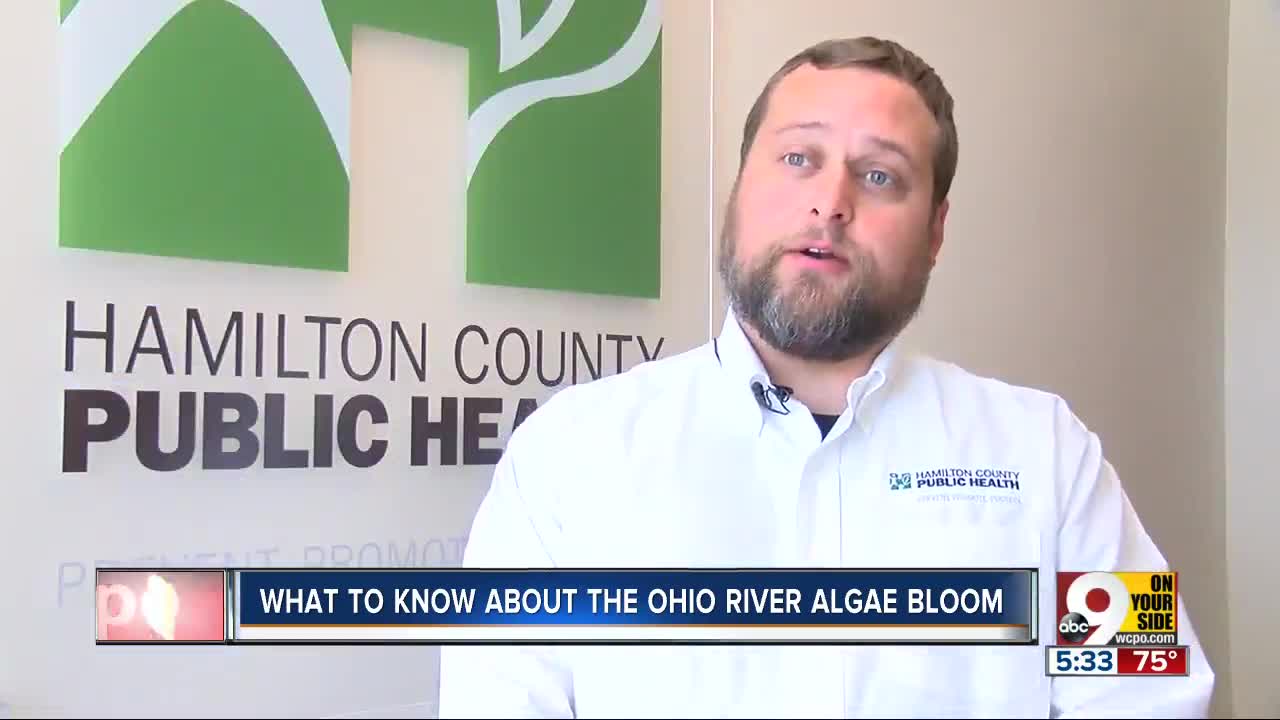 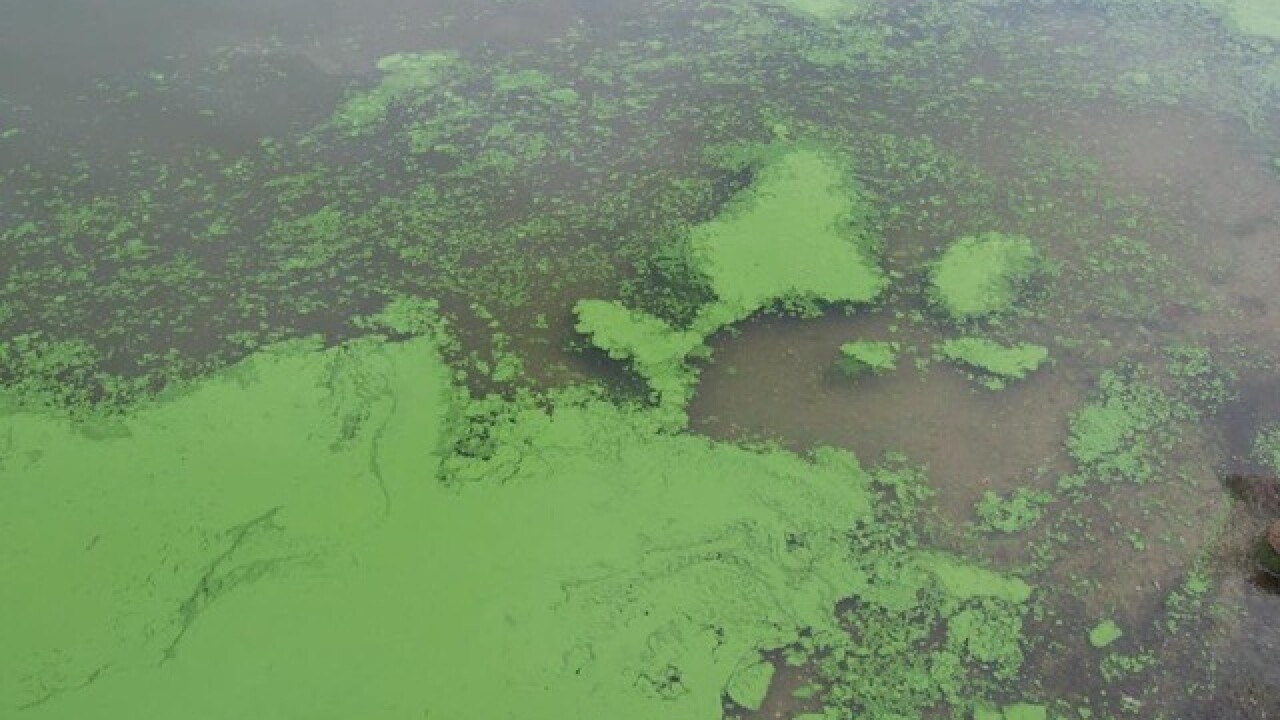 For anyone peering closely at portions of the Ohio River, the cloudy greenish- or blueish-looking colors in the water haven't just been a trick of the light; the algal bloom in the river has just gotten bigger.

"It gets real strong at times," said John Bucalo, a camper at the KOI Ski Club in North Bend. "It's all up and down the river...it's just some kind of growth."

Depending on the angle it's viewed from, the bloom can look green or blue, and it doesn't look too great.

The health risks surrounding an algal bloom like this are significant, and Greg Kesterman, assistant health commissioner with Hamilton County Public Health, said it can certainly make both people and pets sick.

"Cincinnati Water Works is monitoring the situation and they test daily to make sure they're not having any impact to the drinking water," said Kesterman.

Hamilton Public Health officials said the harmful bacteria in the algae can make people and animals sick if they swim in it, drink from the river or get any of the water on them while doing recreational activities like fishing.

But why is an algal bloom, something more consistently heard of developing in lakes and ponds, plaguing the Ohio River?

Cincinnati's record-breaking high temperatures toward the end of summer and a lack of rain certainly had their parts to play.

However, there's good news on the horizon for Ohio River recreation fans: As cooler weather rolls in, and rain picks back up, the algae will be unable to survive for long.