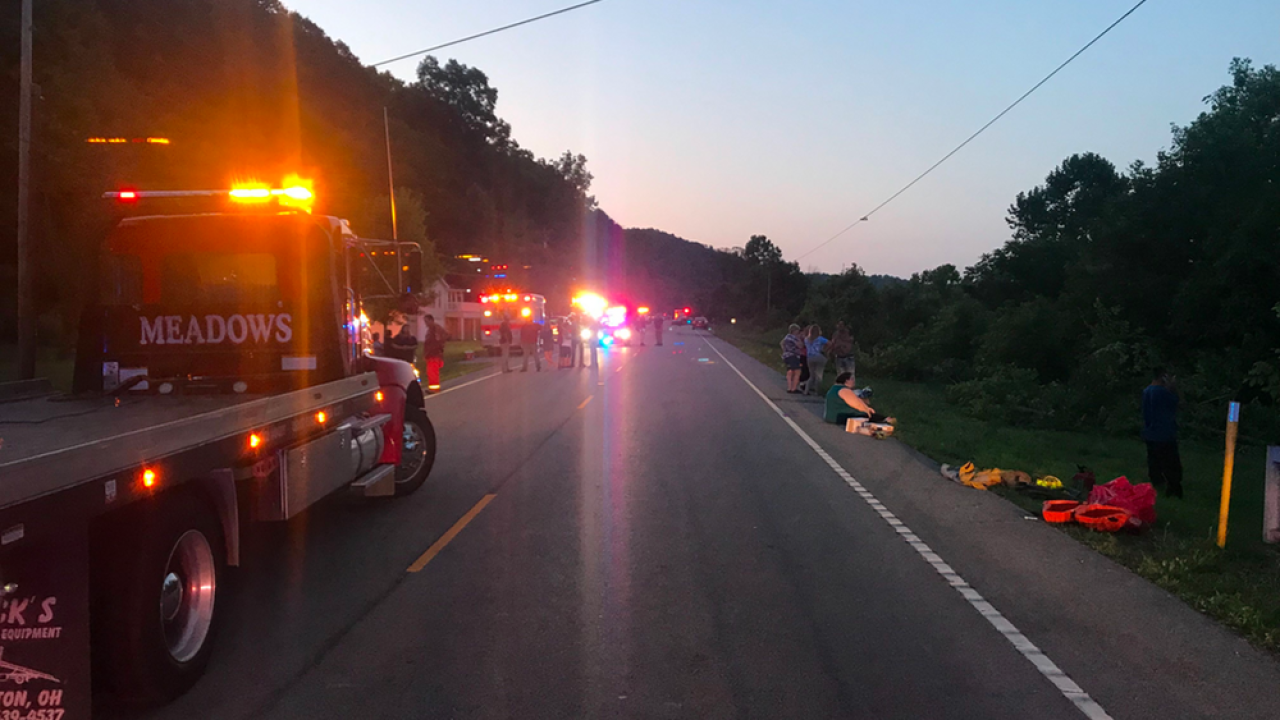 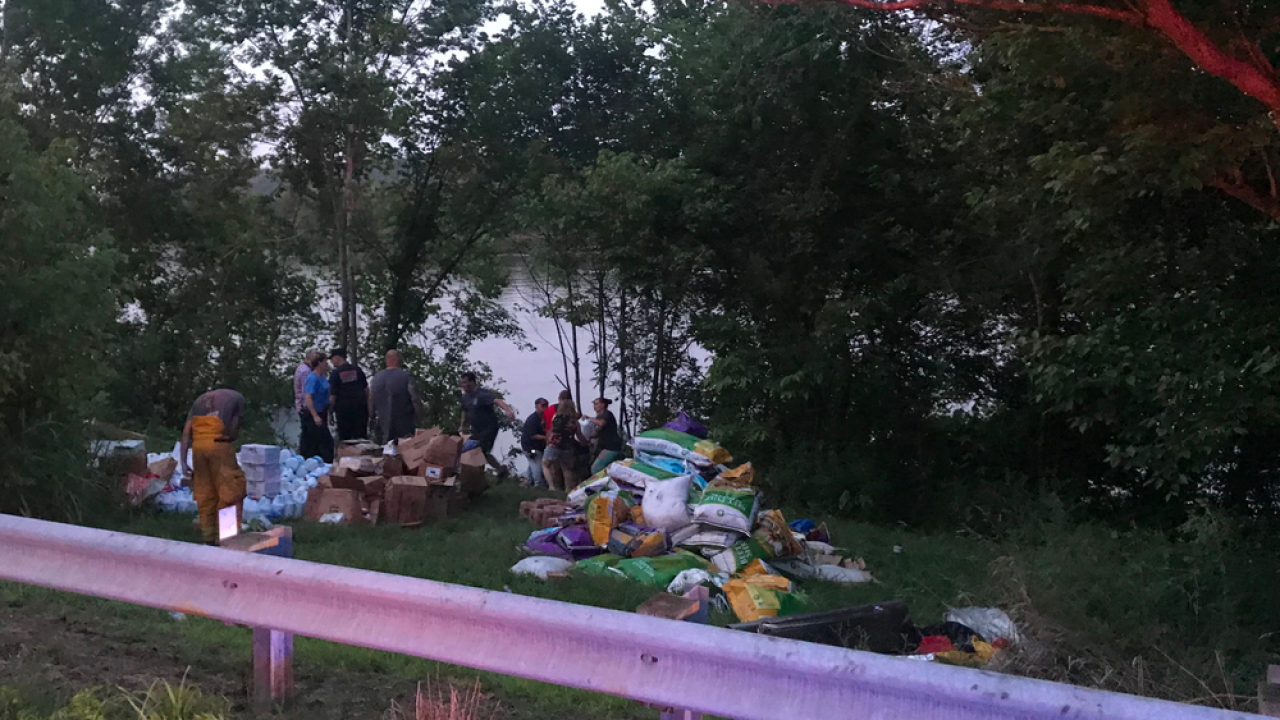 WINCHESTER, Ohio — A wrong-way crash Wednesday night on U.S. Route 52 sent a semitrailer barreling over the center line and into the Ohio River, killing the driver in the process.

Ohio State Highway Patrol officers said the semi driver, 59-year-old Brent Markwell, had been driving westbound on 52 when an eastbound Honda Civic passed into his lane and struck his vehicle head-on.

Officers said the impact shunted the semi into the opposite lane, where it struck a third vehicle, off the road and into the water.

Markwell died on the scene. Four other people — the drivers of the other two vehicles and a pair of passengers — were injured.

The ruined Honda Civic, its windshield shattered and its left side hanging open, sat in the road as officers worked to remove the semi from the river.