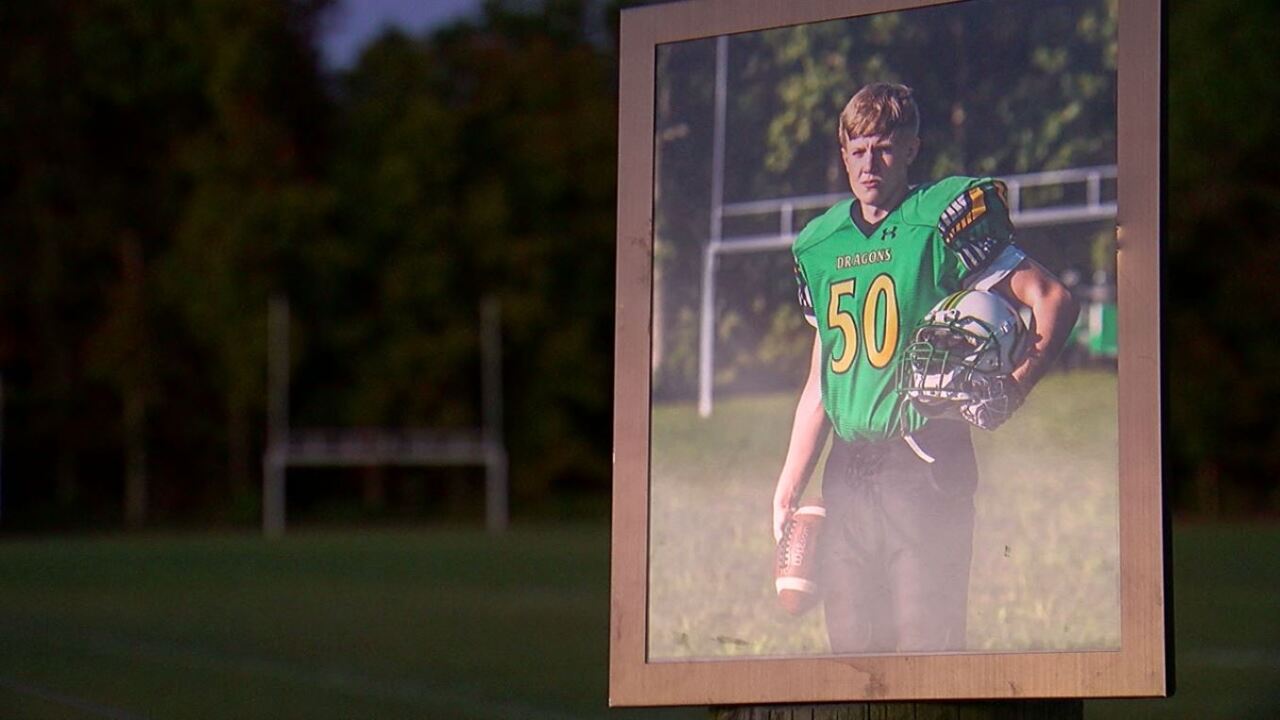 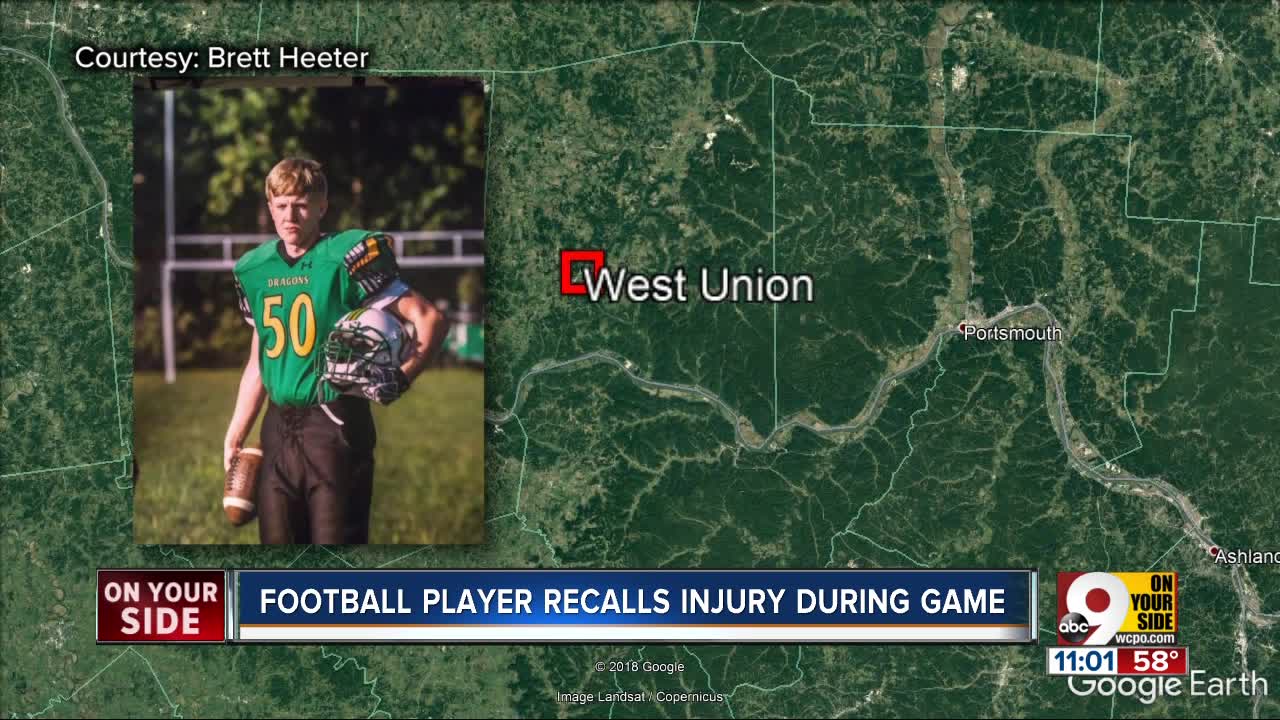 Down 32-0, West Union kicked off to Southern Buckeye to start the second half, and Heater ran down the field hoping to make a tackle like he had so many times in the past. Something hit him, then. Hard.

"Got a helmet to the rib," Heater said. "Knocked the wind out of me for a good 10 seconds."

His dad, Brett Heater, could tell something was wrong from the stands.

"I knew he was hurt," Brett Heater said. "He rolled around. He usually gets up."

A nurse in the stands checked Trent out, but he couldn't talk and couldn't breathe.

"The coaches were asking me if I was all right," he said. "I knew that one second my ribs are done. I can't hardly breathe. It hurts so bad."

Trent was eventually moved into an ambulance, where he was given IVs and medicines to keep him calm until the nearest medical helicopter could complete the 60-mile journey to Koehler Field.

"It takes a little bit of time for anyone to get to us," Brett Heater said. "You have the wait factor. You don't know what to do. There's no doctor sitting on the field. It's different. It is. It's not like playing at Ursuline, Saint Xavier, Norwood, down there where you're close to where you're at. It's a rural community. You don't have that stuff here."

Heater said the next few hours were nerve-wracking. Trent Heater was transported to the University of Cincinnati Medical Center, where doctors discovered a fractured rib and bruised organs but no internal bleeding. They expect him to make a full recovery.

The community rallied around Trent after hearing about his injury. Several players from the North Adams and Georgetown wrote 50, Trent's number, on their wrist tape to show support.

"We don't know all those kids on those teams," Brett Heater said. "That means a lot that those kids have the moral values, sense of sportsmanship and respect."

Trent is on the mend, and should be back to full health in two to four weeks. He'll sit out the remainder of football season but said he plans to return to the team for his senior year.

The Heater family plans to start a GoFundMe account to help offset the cost of the medical helicopter and overnight hospital stay.

"I'm not a rich man," Brett Heater said. "I have a job, a good job. We also have four kids in the house. The bills will be a little cumbersome for us. All we can do is make do with what we've got."