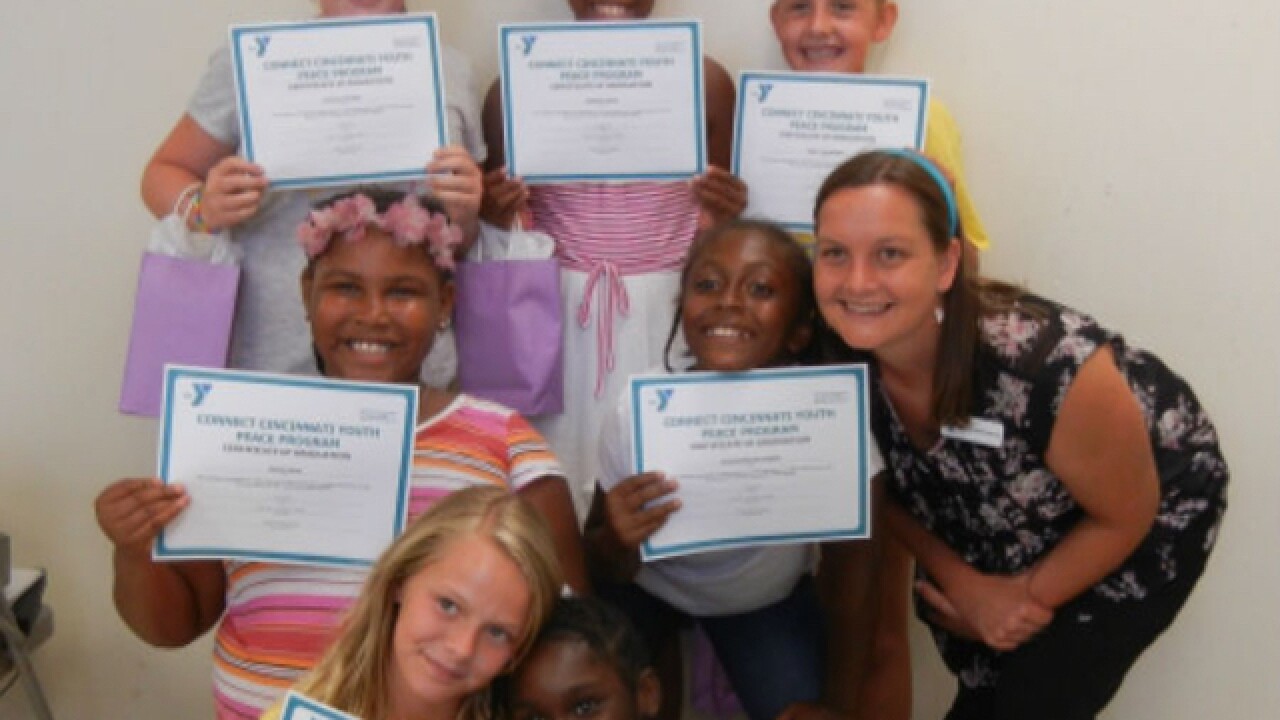 The idea for the program took root exactly a year ago, when senior program director Kristi Rohrkasse was at a global leadership conference called Roots for Reconciliation in Georgia, a country at the intersection of Europe and Asia.

As Rohrkasse interacted with people from Georgia, Ukraine, Armenia, Russia and America, she was struck by two things: how the world seeks similarities to connect and how the conference attendees believe that America is “the promised land” that has already accomplished that goal.

After days of having limited internet connection, Rohrkasse, 29, eagerly scanned her Facebook account upon her return stateside and found the news feed choked by coverage of the fatal shooting of Samuel DuBose by a University of Cincinnati police officer.

“I was on this high and I came home to this and to me, it was a stark reminder of the work we have to do,” said Rohrkasse.

The racial tensions in neighborhoods across the country haunted her so much that she decided change was essential.

So Rohrkasse, who has worked in various positions for the Y for six years now, created the three-week pilot program and planned to select a group of young girls of different races from different neighborhoods in Cincinnati to “build relationships, explore cultural identities and strengthen leadership skills.”

The leadership of the YMCA approved of the program and made some time and cost sacrifices to fund it. Instead of hiring a bus driver, for example, Rohrkasse drove the campers around daily. The program would have cost $610 per person for three weeks.

It took a year to work out the logistics and screen candidates. Rohrkasse, who has two teaching degrees from Wright State University, a bachelor’s and a master’s, did lots of research along the way.

She had the potential candidates take an implicit racial bias test created by Stanford University and participate in other quizzes to determine where the girls were in terms of knowledge and biases.

The girls spent the first week of the program at a YMCA resident camp called Camp Ernst in Burlington, Kentucky. Their activities were all centered around both friendship and relationship building and included canoeing, zip lining and climbing. These activities were paired with lessons that helped the girls explore concepts of culture and other topics related to race.

Olivia Cartmell, 10, had had very little interaction with black girls before this camp. When asked what she had expected them to be like, Cartmell was honest.

“I thought they would be loud. And you are loud,” Cartmell said with a smile to her new best friend, Jaleia Neal, 9, who is black and giggled amicably at her friend’s observation.

The two girls said that they were not really aware of stereotypes and racial differences before. During the program, they also learned about the differences in food and vocabulary of the two races.

“I loved meeting the girls. They are all awesome. And I didn’t know white girls like to do their hair as much as black girls do,” Neal said.

They said they learned a lot about their country and race during their camp while making friends, creating crafts and participating in different activities.

“If our country takes one race and the other race, puts them together, then we will be joined like rainbows and unicorns,” Cartmell said.

“We are like two heart-shaped parts of two doughnuts. One part is glazed and the other is chocolate. If we combine them, then we will have one heart-shaped doughnut,” Neal said.

“And we can put sprinkles on it and it will be like a rainbow,” added Cartmell.

Olivia’s mother, Becky Cartmell, a manager at Fidelity Investments, said that the program helps to promote awareness and build bridges between communities.

“The program has given Olivia the chance to interact with children that are a different race and culture. This has given her exposures and experiences she would not have had. She noticed the differences and accepts that she is different from the girls she has newly met,” said Becky Cartmell, who added that her daughter is now interested in activities that include diverse people and wants to keep in touch with those she met at camp.

Becky Cartmell said that Olivia has asked a lot of questions about current events in the news but doesn't fully understand how people feel “when they are targets because of how they look or the jobs they have.”

Acknowledging that this is a “tough topic,” Cartmell admitted to her daughter that she has the same struggles.

“I let her know what she is doing with her peace camp is very important and she needs to use her life story to show love and acceptance, and be a leader on how to accept others and embrace the differences,” Cartmell said.

At the graduation ceremony for the Connect Cincinnati Youth Peace Program, participants were given a certificate and a necklace with the inscription, “Be the change you wish to see in the world,” a famous quote from Mahatma Gandhi.

Rohrkasse hopes to grow the program to include more children and more neighborhoods.

“It’s timely to have this camp, given the recent tragic events. We had an ugly week with the shootings of black men and the police officers. We need peace,” said Rohrkasse. “And we have to start by knowing and understanding each other.”

Donations to support this program can be made at www.myy.org/give. Gifts should be designated to Camp Ernst and made in honor of the “Youth Peace Program.”