Yep, Mount Washington has a poet laureate, and he's an accomplished and down-to-earth writer 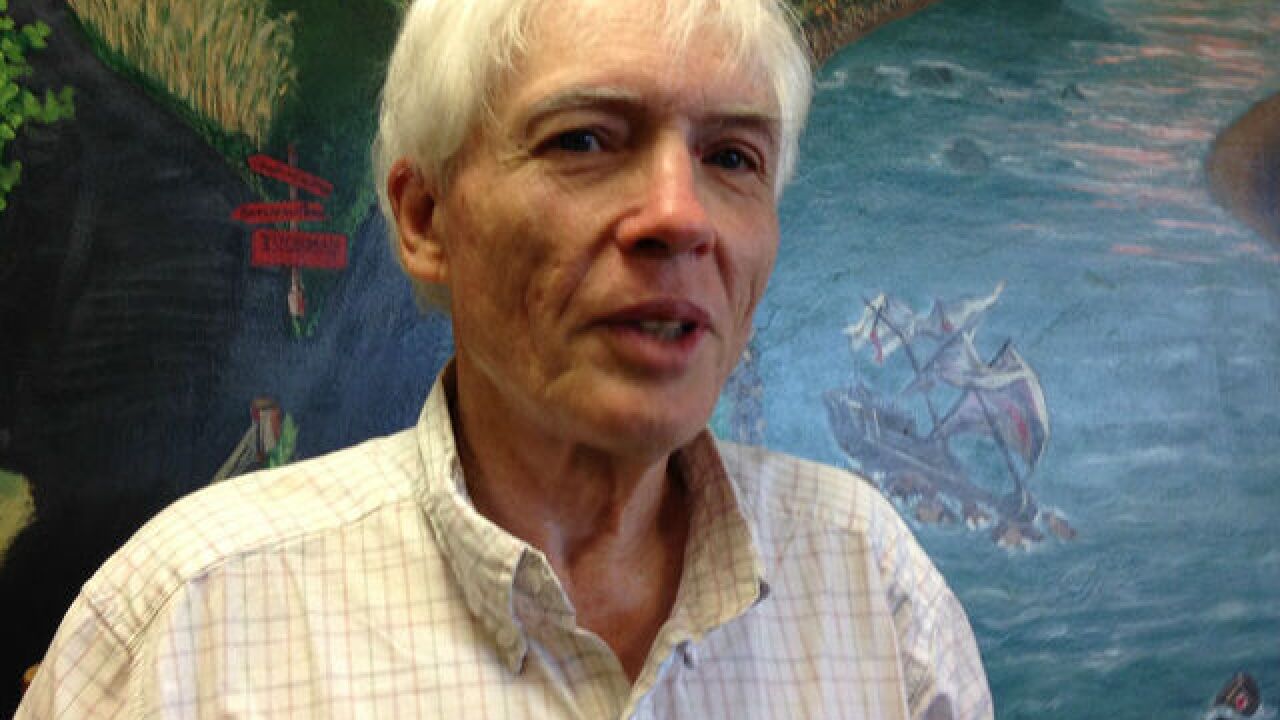 Jenny Burman | WCPO Contributor
<p>Michael Henson is in his third year as poet laureate of Mount Washington. He’s a former union shop steward and drug counselor, as well as an accomplished writer.</p>

CINCINNATI — In the short story “Maggie Boylan,” a police officer named James Carpenter, who’s on involuntary leave from his job, gets snookered into driving a junkie into town. He may not know what kind of errand he’s running, but he does know he’s making a mistake.

As for the addict, is she making a mistake? What’s the nature of her history with Carpenter? These are questions that glide through a reader’s mind in this compassionate, skillfully told story.

Maggie Boylan is the title character in a series of linked short stories by Michael Henson, an award-winning poet, fiction writer and essayist, who in the midst of an unusual life has earned an unusual title: He is now in his third year as poet laureate of Mount Washington.

Jo Ann Kavanaugh of the Mount Washington Community Council said the position of poet laureate was created for Henson, who has lived in the neighborhood for about 15 years: “There was a (council) group several years ago that focused on the sense of place in Mount Washington, and … in addition to highlighting the assets of the community, we also decided why not focus on the people that live here, the talents of the people that live here?"

The human resources, so to speak.

“We started with Mike because he is well recognized in the city … because of his experience, his recognition and the awards that he’s received, … (his) powerful voice from a very soft-spoken person.”

It’s an open-ended appointment, with no assigned duties other than participating in a community-sponsored poetry reading once a year. But it makes a statement: Henson is a pillar of his community. An irony that would not be lost on this intense, though soft-spoken writer is that he reached this status through his identification with some of the city’s most fragile denizens.

Addiction is something Henson knows well. Even as he has been an acclaimed writer for many years, Henson’s day job for decades was as a drug and alcohol counselor for Talbert House.

Poverty and addiction and the well-being of the people of Appalachia have long been subjects for Henson, in his writing and in advocacy: In the 1970s he was one of the founders of the nonprofit Urban Appalachian Council.

“I’m very concerned about the opiate epidemic, so I’m trying to find ways to advocate around that issue. I’ve had a lifelong interest and concern about poverty,” he said over coffee at the Luckman Coffee house in Mount Washington as Lazarus lizards scurried in the parking lot and trucks roared past on Beechmont Avenue.

Recently, Henson, who is the author of several books, retired from counseling to write full-time. “I feel like I did my time in individual counseling. … I did it pretty well, and I think I made a contribution to the field as a counselor and as a trainer. I was able to create programs, and I am much more interested in more globally working now — writing and advocating.”

He said his work as a counselor gave him insight, and material. “It pays not to have great expectations” of clients, he said, “because you’ll get disappointed over and over. But as a writer, it’s a great resource. There’s all this drama, and there’s great richness of language among addicts and alcoholics.

“I think people who suffer look for ways to express themselves. If your life is just moving along smoothly, you don’t feel as much of a need to generate power in your language as if you’re in pain.”

Donna Minkowitz, whose most recent memoir is “Growing Up Golem: How I Survived My Mother, Brooklyn and Some Really Bad Dates,” recalled getting to know Henson when both were teaching at the World Fellowship Center’s Mount Chocorua writing workshops in New Hampshire.

Henson, Minkowitz said, “was teaching a poetry class … and I really admired how he gave himself to his students. He was really warm and energetic and gentle and seemed to be really pulling the best poetry he could out of them.

“I love his work so much, his poetry — this lyrical compassion for everybody who’s poor and suffering — people on skid row, sex workers, drug users,” she said. “The way he writes about poor people and suffering people is not above or from the perspective of an other. It’s from someone else (a narrator) who maybe is low-income also.”

Henson was raised in Sidney, Ohio, amid an extended family of farmers and factory workers. He said he decided to become a writer when he was in third grade.

“I was a pretty unhappy child,” he said. “I was short, and I was kind of pudgy, and I was not athletic at all. I didn’t have much self-confidence. But I remember I loved to read, and I remember that Sister Ludmilla asked us to write a complex sentence, and I composed the sentence, ‘Every day when I come home from school, my dog Sparkles comes to greet me.’ And she thought that was such a good example of a complex sentence she had me write it on the blackboard. I didn’t have anything else going for me, so this writing thing seemed like a pretty good deal. It was the only time I’d had anybody publicly praise anything I did. So I think, ‘I’m gonna ride this.’ I owe it all to Sister Ludmilla.”

He came to Cincinnati as a Xavier student, graduating in 1969 with a degree in English.

After Xavier, he said, “I left (Cincinnati), but I didn’t go far and I didn’t stay away for very long. I graduated 1969 and I went out to Adams County and taught school for a year, and then I went from there to (the University of) Chicago and took a master’s degree in English.

“I got accepted into their doctoral program, which would have meant a career as an English professor somewhere, but my wife got pregnant and that was the end of my academic career. I tell my daughter she’s my Ph.D. She’s a wonderful daughter, so I think it worked out OK.”

Three more children and one more marriage followed, as did work in community organizing; three years of work in a paper bag factory in Ludlow, Kentucky, where he became a union shop steward; adjunct teaching at Xavier, where he created a class on literature and poverty; and, for a long stretch, counseling at Talbert House.

Henson’s life in Mount Washington is pastoral for an urban residence: He and his wife live in an old farmhouse and keep 11 chickens.

“I lived quite a few years in Over-the-Rhine,” he said. “And when I got with my wife now, we lived in Mount Auburn. We decided at one point that we wanted to live in a place that had access to woods.

“We just own an acre and a half, but there’s 500 acres of woods behind us. We’re city in front and country behind.”