Whimsy, wisdom and Wyzerr: A Covington company tries to take the hate out of online surveys 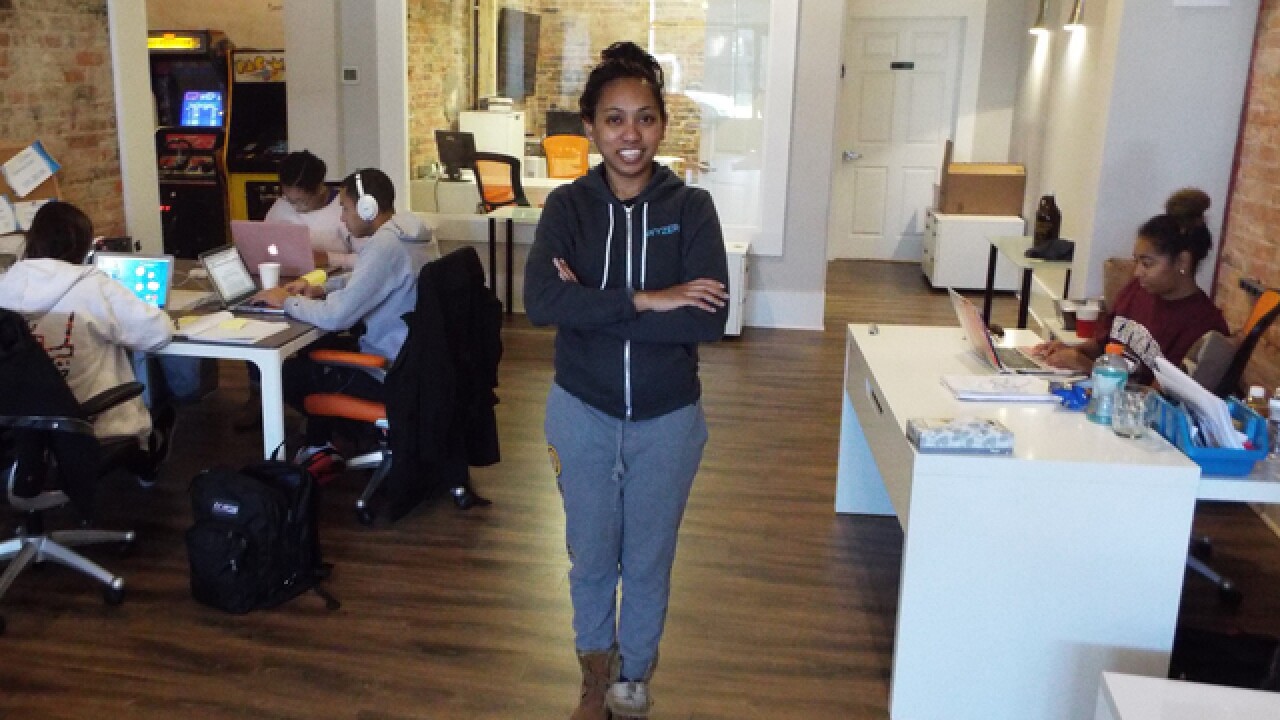 COVINGTON, Ky. -- In the startup world, failure’s often just a step on the stairway to success.

A prime example is Natasia Malaihollo, the CEO of Covington-based Wyzerr (pronounced “wiser”), which creates surveys designed to be so fun that people will want to take them -- or at least, be more fun than most surveys, which no one wants to complete.

Wyzerr’s doing well, with 14 employees, more than $1 million in funding and big clients such as Wal-Mart. Malaihollo hopes that next year, it will begin making a profit, and it just moved into new digs at 1 Innovation Alley in Covington.

But before she made Wyzerr a success, Malaihollo spent a lot of time and energy trying to make a success of Sooligan, short for “social hooligan,” an app designed to share things about your city with people you are not friends with.

Malaihollo said she spent two and half years working on Sooligan before it ran out of money and she abandoned the project.

Looking back, she said, she realized that one reason she couldn't make Sooligan a success was that she wasn’t receiving timely feedback from customers she could have used to fix it. She found that she didn’t like any of the feedback platforms that currently existed, she said, which prompted her to start Wyzerr.

As co-founder, she recruited Stedmon Harper, whom she had met when Sooligan participated in a business accelerator in Arkansas. He introduced her to the third co-founder, Bjorn Simmons.

They created a survey, which they call a smart form, that owes as much to game design as it does marketing theory. For example, some questions ask users to drag their responses to questions into the proper boxes.

Wyzerr also sets strict limits on the number of characters a survey question can have, and saves open-ended questions, which require more thought, for the end of the survey. “People hate thinking,” Malaihollo said, but they’re more willing to do so if you first warm up their minds with some multiple-choice questions.

The company is in the Tri-State region because it was accepted into The Brandery, an Over-the-Rhine business accelerator, in 2015. Upon graduation in October 2015, it received a $50,000 investment from The Brandery, which introduced management to Brad Zapp, founder of Covington-based investment firm Connetic Ventures.

Two minutes into Malaihollo and company’s pitch, Zapp asked them to stop because he’d heard enough -- he loved the idea.

Completing a survey is one of the world’s most awful experiences, Zapp said, but nearly every business wants customers to fill out one. The smart form that Wyzerr showed him was more like a game, he said, and we all like playing games.

“It’s colorful, it’s graphical, it’s super fun, it draws you into the mobile app and it’s cool,” he said. “I thought, ‘Oh my God, they could really change the industry.’”

With his firm serving as lead investor, Zapp organized a round of investment that raised $1.5 million from several investors, Malaihollo said, including Kentucky-based firms Northern Kentucky Growth Fund, K-Tech Capital in Bellevue and Marshal Ventures in Owensboro.

Now, even though it has never done any marketing, Wyzerr has more business than it can handle. “The threshold to become a client is really high,” Malaihollo said. “We turn down a lot of work.”

Most of Wyzerr’s customers are large enterprises that can afford Wyzerr’s fee of $5,000 to $25,000 per campaign, Malaihollo said, so the company’s now working on a self-serve model that smaller companies can subscribe to use for $49 a month. The company plans to roll out that model Jan. 3, but more than 50 customers have already signed up for and paid for the service, at a discounted price.

The pace of growth has surprised her and energized her.

“In the past, we’ve been a little fearful to attack really big problems,” she said. “Now, we like to say we’re revolutionizing market research. … We’re changing the way it will be done in the next five years.”

“You can’t copy their creative engineering,” Zapp said. “There is a huge market potential. … All they have to do, to be successful, is to execute.”