Would you save a pet in a hot car? Kentucky might make it legal for you to do so

Ky. House is weighing such a law 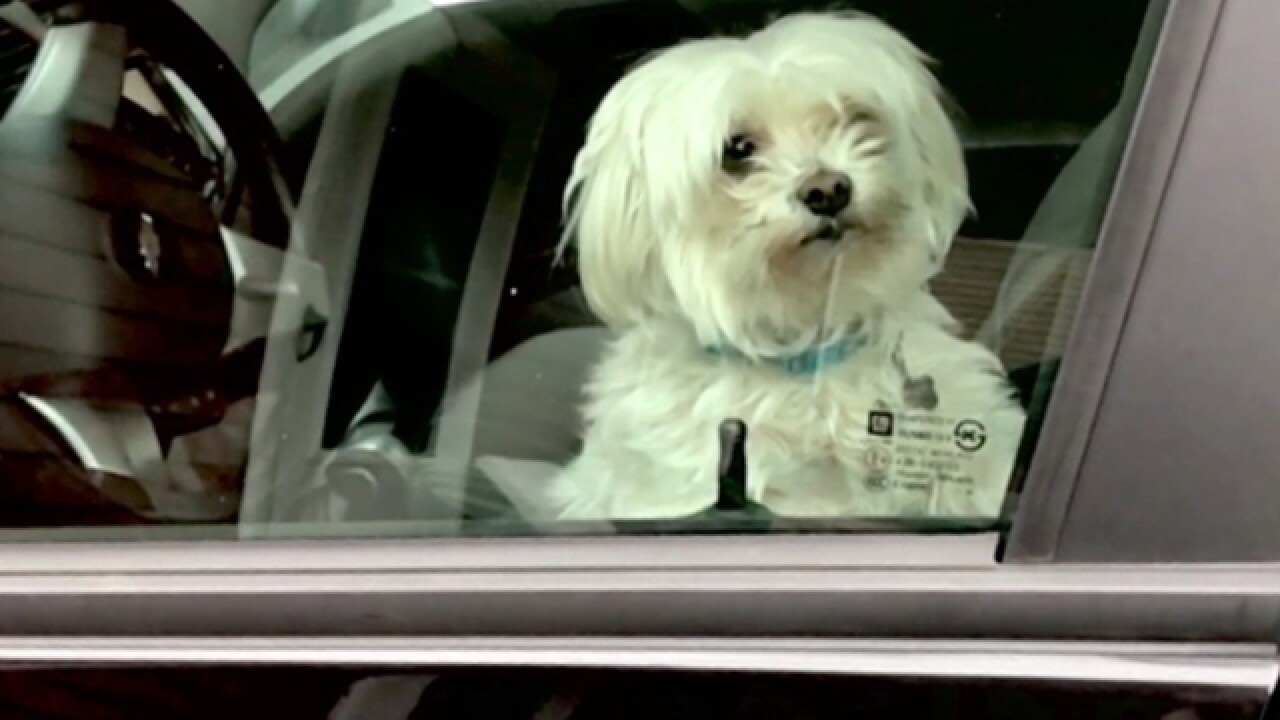 Copyright 2018 Scripps Media, Inc. All rights reserved. This material may not be published, broadcast, rewritten, or redistributed.
Vickie Ashwill | WCPO contributor
<p>Vickie Ashwill's dog, Xoe, hangs out in her car. (No pet was harmed in the making of this photo -- in 40-degree temps.)</p>

If you see a dog suffering in a hot car this summer, you might have the option of breaking into the vehicle to rescue the pet and not have to pay damages if a proposed bill passes the Kentucky House.

If Senate Bill 8 is approved by the House, it will expand an existing law allowing people to break into a car to rescue a child without any civil liabilities. The Senate approved the bill Jan. 17.

This doesn't mean there won't still be a gray area, however. A Good Samaritan must first try to locate the owner and contact police. Only then can he or she break into the car and then -- and Senate Bill 8 is clear on this -- only if a dog or cat is "in immediate danger of death if not removed."

It's also not a free pass to take the pet home. Good Samaritans must stay with the pet in a cooler spot or leave a note on the vehicle saying where the pet was taken for treatment.

And, nope, you still can't rescue that pet guinea pig or ferret -- at least not free of liability.

The law is tricky.

People have to be sure an animal is really in distress, said Colleen Bray, director of the Boone County Animal Care and Control. Boone County laws already make it illegal to leave an animal unattended, but people still run into the store and leave their pets in the car.

"That doesn't mean that law enforcement is going to remove your animal unless there are exigent circumstances," Bray said.

Bray said if an animal is in distress, she prefers that people call Boone County Animal Care and Control directly, since they have sworn police officers.

"Nine times out of ten, the animal is fine," she said. If an animal is in distress and in need of assistance, "I would want someone else to make that decision."

Many Northern Kentucky residents are torn as to whether they would break into someone's car or not.

Jim Henline of Fort Thomas said he would opt to rescue the pet regardless of the law.

"Legal or not, if I saw an animal in distress I would prefer to have to defend myself in court and have the animal alive than to have not broken the law but allowed the animal to die," he said.

For Henline, it's about doing the right thing "when a life is on the line."

It's challenging to decide when a dog is in distress, noted several folks on social media. Debby Manning of Fort Thomas said dogs pant and bark for a lot of reasons, including just getting excited when they see other people.

"It doesn't mean they're in distress," she said.

And several people have experienced circumstances when a stranger was ready to break into a car even though temperatures were mild and the windows or sunroof were partially open.

Manning said her dog once was lying down in the car and sat up unexpectedly, at least to a stranger in a parking lot who started yelling that the dog was in distress when it was not.

"She just sat up to make sure what she heard was me," Manning said.

Lt. Chris Sangman of the Newport Police Department said officers check on animals when they are called by a concerned observer.

"Any time you think a dog or an animal is suffering, you should get help," he said.

Newport officers walk around the car with their body camera recording, he said, and if needed, they will go looking for the owner, usually in a nearby store.

"More times than not the dog is fine, the animal is fine."

Ultimately, though, he is appreciative of the bill.

"I prefer (people) call us first," he said. "If someone calls us, we're happy to come out. We're the best witnesses."

The rescuer could still end up in court, and it's those courts that will ultimately decide who was right and wrong, he added.

"Animals are property in the state of Kentucky, no matter how the bill is written," said Bray. "It's a sticky area if it goes all the way through."