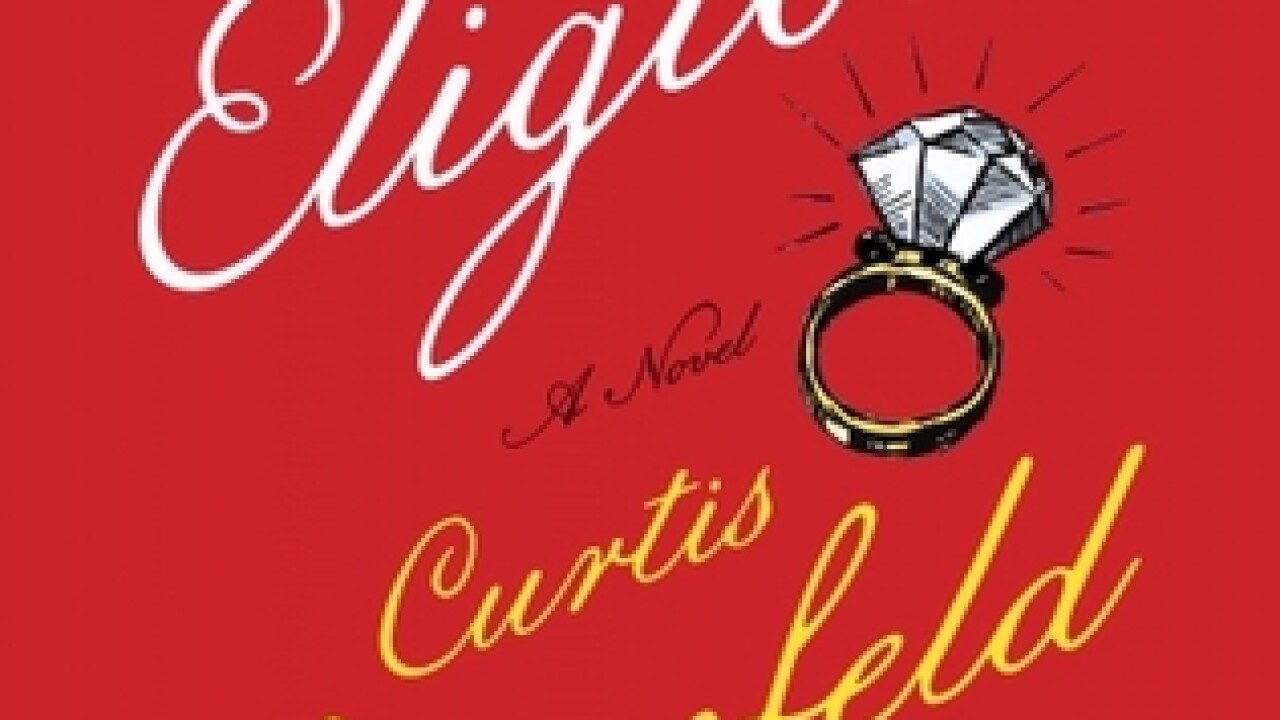 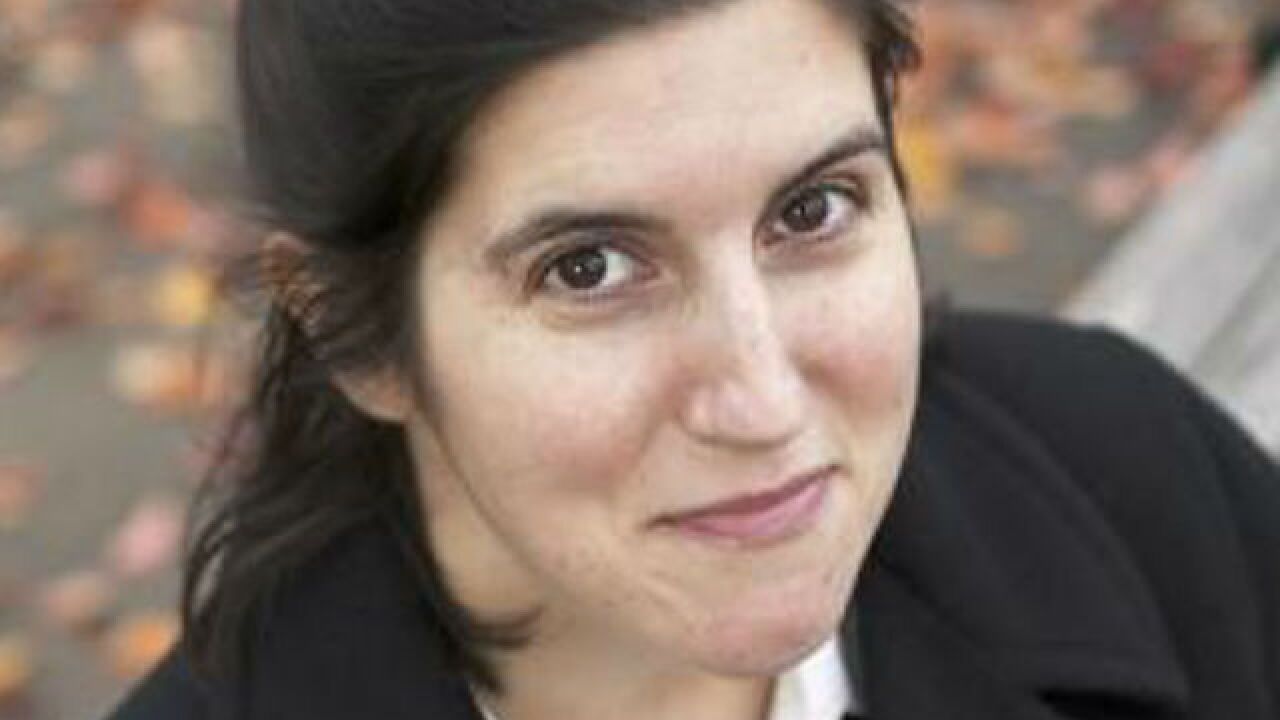 CINCINNATI -- Cincinnati’s been a star on the big screen lately, but now it’s a star on bookshelves, too. Queen City native Curtis Sittenfeld’s “Eligible” is a retelling of Jane Austen’s “Pride & Prejudice” set in modern-day Cincinnati.

If you’ve read the original or seen the BBC miniseries (or even “Bridget Jones’ Diary”), the storyline will be familiar. Liz and Jane, the eldest sisters of the Bennet clan, return to their childhood home in Cincinnati from New York after their father falls ill, only to find their family in shambles. Their three younger sisters are obsessing over CrossFit or mysteriously disappearing on Tuesday nights. Their mother is in denial about the state of the family finances but all too keen to marry off her eldest as Jane approaches 40. The most likely candidate she sees is Chip Bingley, a doctor who appeared on a “Bachelor”-esque reality show called “Eligible.” But it’s Chip’s friend, Fitzwilliam Darcy, who seems to always be causing trouble.

Sittenfeld grew up in Walnut Hills but hasn’t lived in the city since her teen years, so she took to Twitter with her brother, City Councilman P.G. Sittenfeld, to crowdsource some details for the book last summer. WCPO chatted with Sittenfeld about her favorite Skyline, “The Bachelor” and “Eligible,” which comes out today.

WCPO: Do you have an emotional connection to the Oakley Skyline featured repeatedly in “Eligible”?

Sittenfeld: (Laughing) Yes, I have an emotional connection to all Skylines. That is the one that my family went to when I was growing up. So we used to eat our Skyline and go across the street and eat Aglamesis ice cream. Definitely in general we were a Graeter's family, and sometimes we would drive from Skyline to Graeter's. But, yes, I’ve eaten many meals there.

WCPO: Did Skyline underwrite the book?

Sittenfeld: (Laughing) No, I wish!

WCPO: When you were writing “Eligible,” you took to Twitter to find out what’s changed since you lived here before college. How did that idea come about?

Sittenfeld: I think that we live in an age of social media, so it was irresistible. I took my research as far I could on my own, looking on Yelp for where would people go on a date? Or what’s this bar like? One question remains unanswered for me. I wanted to know: Are there lights on poles in the parking lot of Madison Bowl? I still don’t know the answer to that question. [Our reporter investigated and determined that there are not.]

WCPO: The book is very east side Cincinnati. How much draws on your own experiences?

Sittenfeld: The book’s main inspiration is definitely “Pride & Prejudice” – it’s not an autobiographical novel. There are elements of the Cincinnati that I’m familiar with in the book, but as with any novel, it’s mostly made up.

WCPO: I did read that your father fell ill a few years ago and you and your siblings all came back to the city for a little bit.

Sittenfeld: (Laughing) Where did you read that?

WCPO: I found it in an old issue of Cincinnati Magazine.

Sittenfeld: Oh my god. Um, yes, there was a summer where my father was sick. But it’s funny because I do not consider this to be an autobiographical novel. It’s not the only novel where the patriarch falls ill, and the family gathers together – that’s almost a clichéd premise for a novel. But yes, in the summer of 2004 my father was in the hospital for a few weeks and my sisters and I came home.

WCPO: This book is one of a series of reimaginings of Jane Austen novels from your publisher. How did that come about?

Sittenfeld: The British division of Harper Collins initiated this project and reached out to me, asking, “Would you be interested in participating and reimagining ‘Pride & Prejudice’?” I don’t think I would have come up with the idea on my own, but it just seemed totally irresistible.

WCPO: How long did it take you to write?

Sittenfeld: They approached me in December 2011, and because I was in the middle of writing another book, two years passed before I started writing “Eligible.” And it was marinating in my brain for a while before I began typing. I’d file things away in my imagination to bring out later.

WCPO: Would that include watching “The Bachelor”?

Sittenfeld: I had seen bits and pieces of “The Bachelor” earlier, but I had never watched an entire season. I watched Chris Soules’ season, and I totally have a new appreciation for how addicting and entertaining it is. I turned in the book like midway through his season, but by that point I was hooked. It’s like an actor who starts smoking for a role but then can’t quit.

WCPO: Are you working on anything new?

Sittenfeld: I have about two pages of a new novel, but it feels too early to describe it. Writing “Eligible” was so much fun, but I’m not sure I’ll ever do something like this again, where I borrow the architecture from another book. But it was a really engaging experiment and it made me use my brain in a new way. Instead of trying to build a novel out of thin air, I was saying, “The structure of this novel exists, but how can I update it? How can I create a parallel to what would have happened in the early 1800s?”

WCPO: I could see “Eligible” being turned into a movie. Do you think that might happen? Who would you cast?

Sittenfeld: There’s been some interest, but nothing has become official. Because Liz and Jane are about 40, I think it would be awesome to have some actresses in their 40s like Amy Poehler and Tina Fey. It would be really great to have five awesomely talented women playing their actual ages.

Sittenfeld:(Laughing) Oh my god, that would be awesome. She would be perfect.

You can hear Sittenfeld speak at 7 p.m. Wednesday, May 4, at the Mercantile Library (which also stars in “Eligible”). The event is free, but registration is requested.