Kasich the only Republican who can beat Clinton? 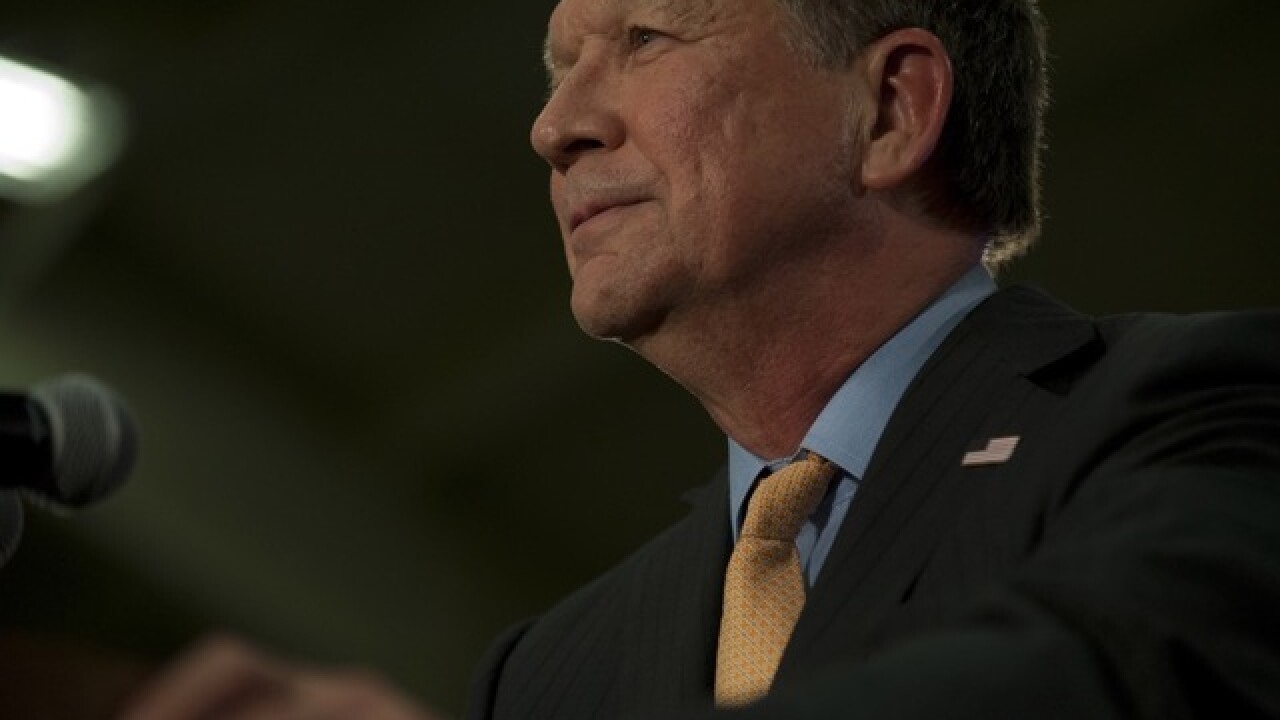 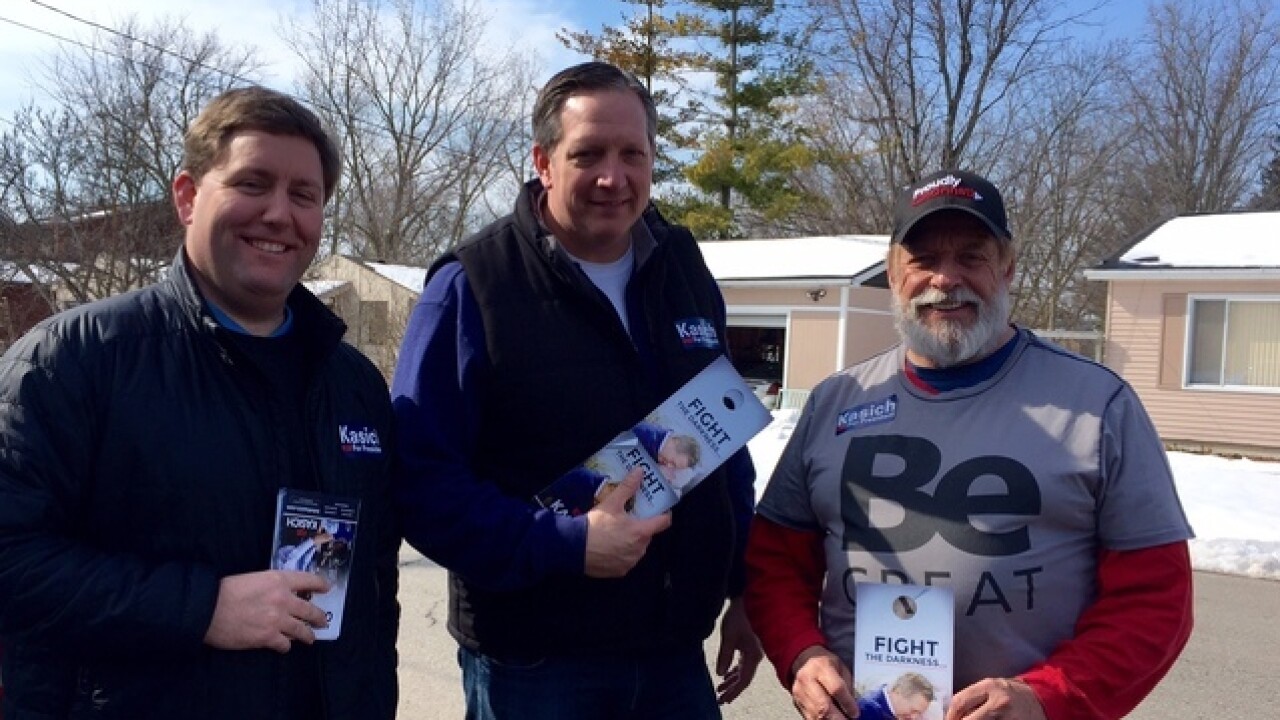 It’s been an unusual vacation season for Gary Cates.

He spent two weeks in New Hampshire in the dead of winter, followed by a long weekend in Michigan in early March and on Friday he’s headed to Milwaukee, where weekend snow showers are expected.

Cates, a West Chester Township resident and former Ohio representative, is a devoted member of John Kasich’s volunteer ground game. With two primaries and hundreds of voter conversations under his belt, he will arrive just ahead of Wisconsin’s Tuesday primary, ready to do it all over again.

Yet Cates may have a tougher sell to voters this time.

Kasich is polling last of the three remaining GOP candidates in Wisconsin. It is now statistically impossible for him to win enough delegates for the nomination. His only chance to become the Republican nominee for president is through a long-shot contested convention in July.

Not to be discouraged, Cates already has his pitch rehearsed.

"I think a vote for Donald Trump and Ted Cruz is a vote for Hillary Clinton,” said Cates, referring to numerous polls that show Kasich as the only Republican who could beat Clinton in the November general election.

“He’s only one of three people left in the race right now which is heckuva tribute to him,” Cates said. “It’s quite a testament to his strategy and its paid off that he’s still alive.”

Cates is hoping that Kasich’s strategy to starve Trump of enough delegates to win the nomination actually pays off. And he’s not alone.

“I’m optimistic for him,” said Tim Derekson, a Butler County Republican and State Representative for Ohio’s 53rd District. He is traveling to Wisconsin this weekend to campaign for Kasich.

“I know the numbers don’t fall in his favor based on delegate counts, but I also know that as folks learn more about candidates and their experience, as time goes on, I think that could change.”

The Kasich campaign is taking a very strategic approach to Wisconsin. An outright win is unlikely, so Kasich is narrowly focusing on a few urban areas where he could win a handful of delegates.

Cates and Derekson will knock on doors in Milwaukee County, a district that includes the state’s largest city and its nearby suburbs.

“It looks a lot like the typical congressional districts where the governor has performed well,” said Jared Kamrass, a political consultant at Rivertown Strategies.

“The rest of the districts in the state are more socially conservative and fertile ground for Cruz and Trump,” Kamrass said.

Wisconsin awards its 42 delegates in a hybrid fashion. This means some delegates are allotted on a winner-take-all basis, and others are awarded proportionally based on the winners of each congressional district.

“He knows he’s not going to win the state,” said Sean Comer, Xavier University’s director of government relations. “He’s trying to play the spoiler because every delegate counts to keep Trump from the nomination”

A successful ground game in Wisconsin could give Kasich a boost, especially since the state usually doesn’t get much attention during primary season, Kamrass said.

This week Kasich won the endorsement of Wisconsin’s largest newspaper, the Milwaukee Journal Sentinel. The paper’s editorial board, which noted that it doesn’t usually endorse, wrote, “Kasich appears to be the only Republican left in the race who actually could govern if he does win.”

What Happens After Wisconsin?

A long shot win in Wisconsin would be “magic” for Kasich, but even a second place showing would really bolster his campaign, said Ohio State University political science professor Paul Beck.

“If Trump gets first, and Kasich is second, I think he gets a second look from a lot of people,” Beck said. “It signals that he is a real possibility.”

“Cruz is the alternative that people think about if they don’t want Trump,” Beck said. “What Kasich has to do is get them think about him as alternative, and he hasn’t been so good at that.”

Even if Kasich finishes third in Wisconsin, as polls predict, experts say it is unlikely he will drop from the race. Especially since the primary map becomes more favorable to him going forward.

A new poll gives Trump a big lead in the New York primary on April 19, with Kasich and Cruz in a virtual tie for second.

The latest poll gives Trump a slight lead over Kasich in Pennsylvania, Kasich’s birth state with a population very similar to Ohio. Experts say that Kasich could win there.

“I think every state is an new opportunity for him to gain credibility as a candidate,” Niven said. “In most every state we’ve seen so far, that opportunity has not materialized for him.”

If Kasich had come into the race with the high hopes attached to political royals such as Jeb Bush, he would have been forced out long ago, Niven said.

Instead, Kasich’s modest triumphs are magnified because he carries such low expectations, Niven said.

“His campaign is pretty adept at turning modest results into a winning storyline,” Niven said. “He’s like the little engine who really can’t, but nonetheless still does.”