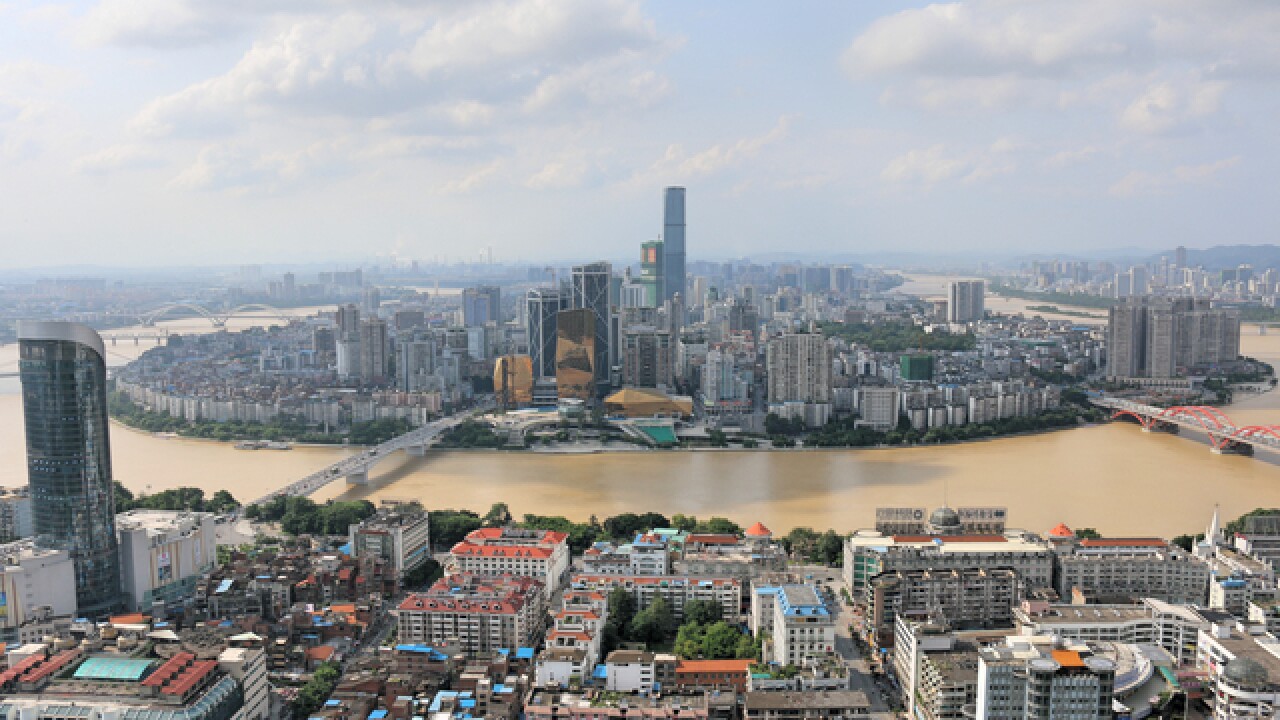 Copyright 2017 Scripps Media, Inc. All rights reserved. This material may not be published, broadcast, rewritten, or redistributed.
Provided
<p>The city of Liuzhou, China, one of Cincinnati's sister cities.</p> 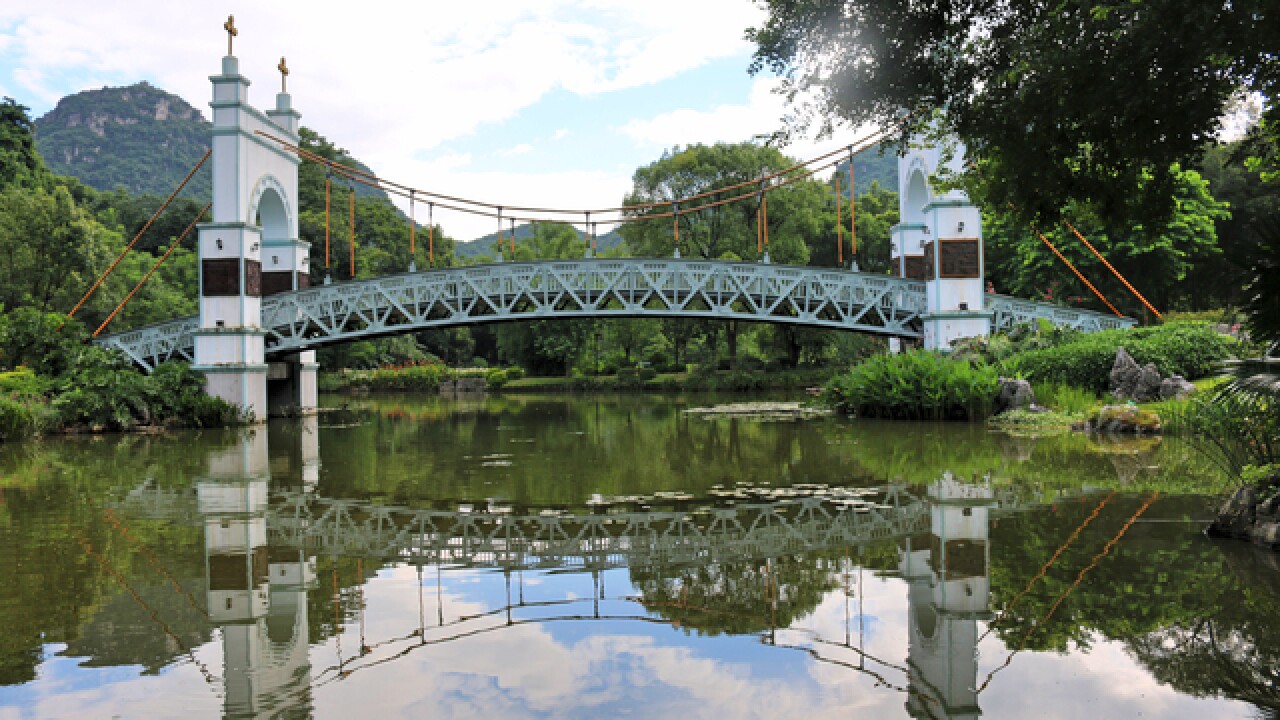 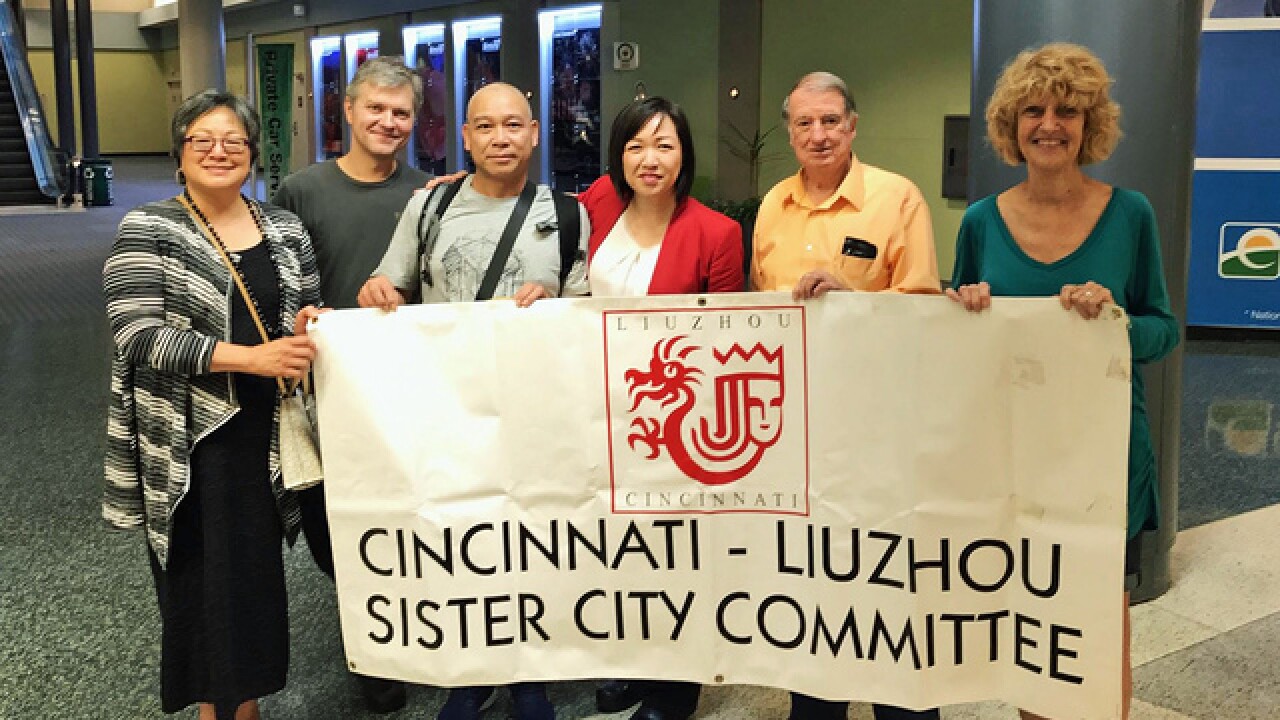 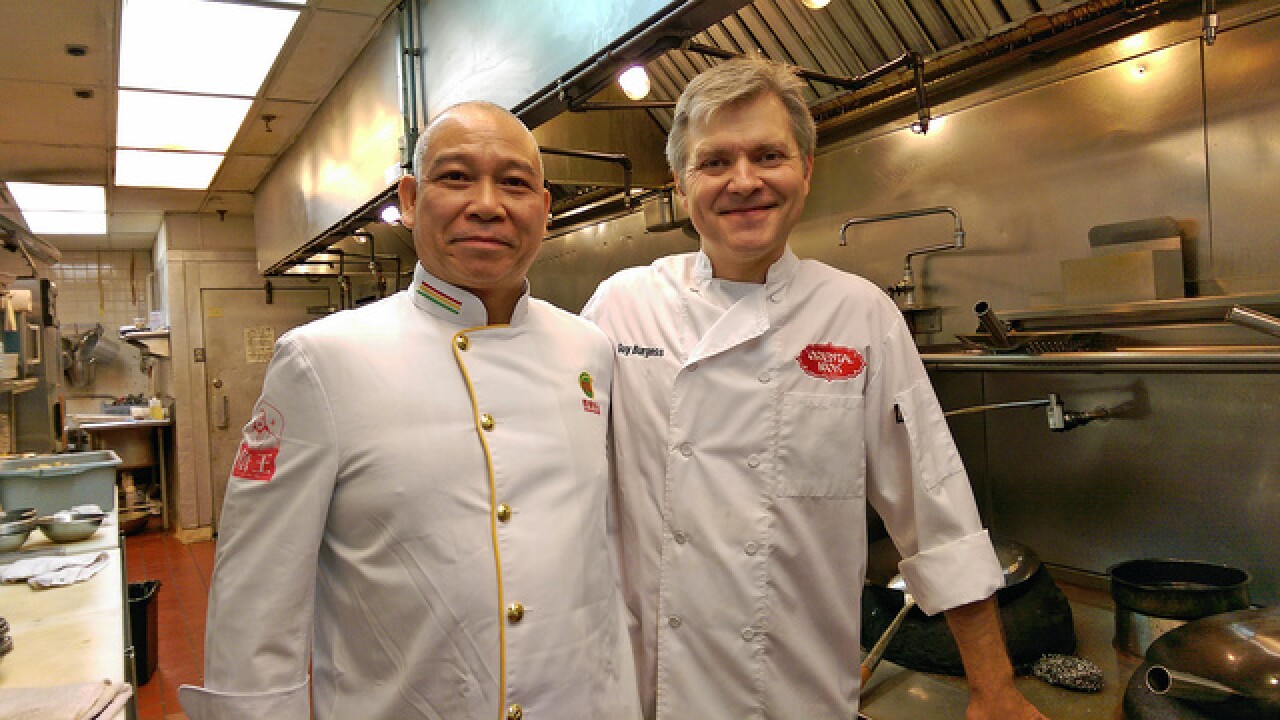 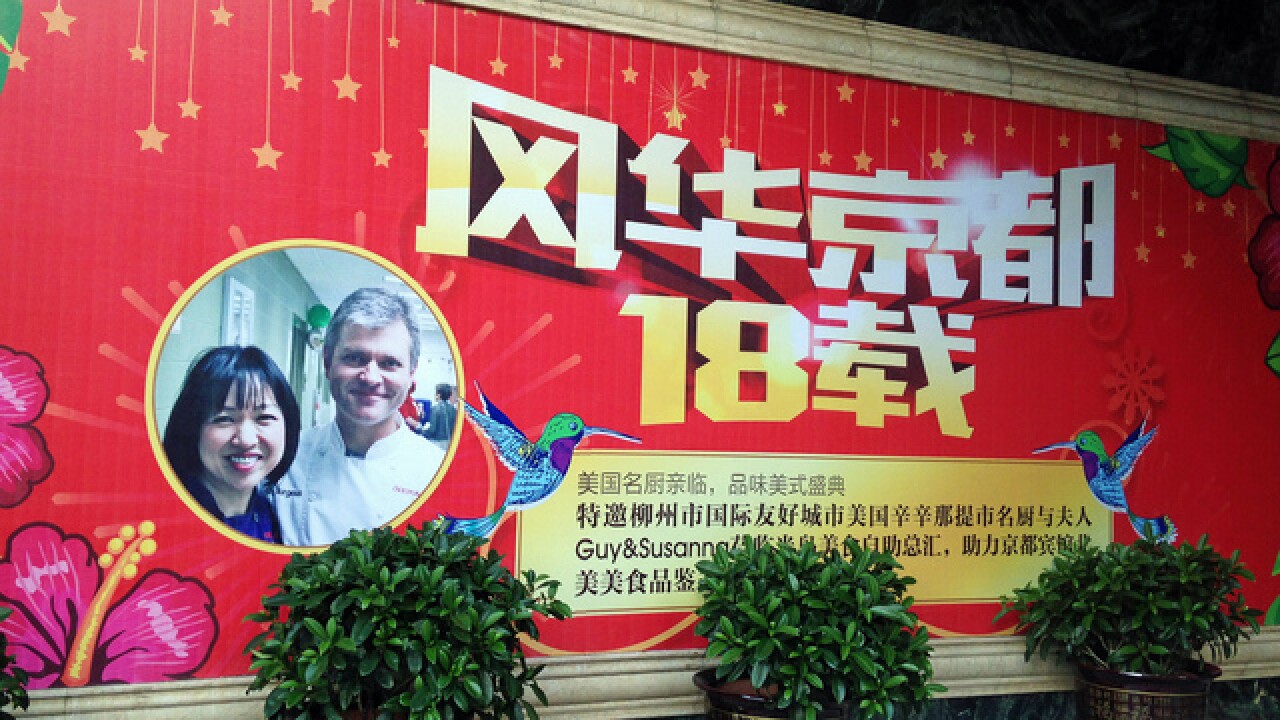 CINCINNATI -- When chef Andy Huang arrived in Cincinnati from China on Sept. 14, he completed a journey a decade in the making.

Huang is the first chef from Cincinnati's sister city, Liuzhou, China, to visit the Queen City on a chefs exchange. The seed for his trip was planted more than 10 years ago when the Liuzhou Foreign Affairs Office asked Elizabeth Tu Hoffman, founding president and co-chair of the Cincinnati-Liuzhou Sister City Committee, to find a restaurant to kick off the exchange.

"Ten years ago, we weren't ready. We didn't have any restaurant that was interested," she said.

A lot changed in the ensuing years.

Guy Burgess and Susanna Wong, who operate the family-owned Oriental Wok, started the exchange when they traveled to Liuzhou in 2015.

Burgess, who also serves as Oriental Wok's executive chef, said when he visited Liuzhou, he knew little to nothing about the city. Then he met Huang.

"I walked into his kitchen and he said, 'Here's my kitchen, let's go and have fun,' " he recalled.

Burgess looks forward to repaying the hospitality of his former host. The two chefs have not just become friends -- they've embraced each other as brothers. That Huang spoke no English and Burgess spoke no Chinese didn't pose a problem, Burgess said.

"We both speak food."

Huang, who is the executive chef at Jingdu Hotel, has been cooking professionally for 32 years. He leads the hotel's dining operation, which includes Chinese fine dining and a high-end international buffet. The chef said he hopes to broaden his culinary perspective and pick up a few skills while he's in Cincinnati.

Wong has lined up a program that will give Huang a taste of Cincinnati food and culture. They'll make the rounds at places like Great American Ball Park, Eli's BBQ and even the Cincinnati Observatory. The chef also will experience a range of cuisine, from high- to low-brow.

Founded in 1988, Liuzhou is Cincinnati's first sister city. The Cincinnati Sister City Association builds bridges through exchanges that range from economic to educational to cultural, and Cincinnati now has nine sister cities around the world.

Hoffman said the Cincinnati-Liuzhou sister cities make at least two exchanges a year, including the "most popular" teachers exchange, which aims to improve the Chinese teachers' English-speaking and teaching skills. More than 75 people have come to Cincinnati under the teachers exchange, typically in groups of 10 for 21 weeks.

Hoffman estimated that every time Cincinnati hosts a group as part of the teachers exchange, the local economy experiences an uptick of more than $100,000, due to expenditures of visiting teachers and host families on items like groceries, dining, gas and entertainment. With the completion of the first chefs exchange, Hoffman thinks it could "have its own life," ultimately influencing the culinary evolution of both cities.

From Sept. 20-23, Oriental Wok will donate 20 percent of its dinner proceeds to the next chefs exchange in 2018. Burgess and Huang said they will add some Liuzhou specialties to the menu, allowing their collaboration to lead them to the dishes.

"We're going to go to the markets to see what's available and we're going to go back to the kitchen and play around," Burgess said. However, because of its popularity, Wong hinted the menu likely will feature Luo Si Fen, a Liuzhou signature noodle dish traditionally served in a spicy stock of snails, pigs feet, duck feet and peanuts.

Huang said Americans already have left an impression on him since his arrival.

"They are very kind, friendly and well-mannered," he said.

"I would like him to see that Cincinnati is as friendly as Liuzhou was to us," Burgess added.

What: Oriental Wok will donate 20 percent of the dinner check to the next Cincinnati-Liuzhou chefs exchange. Liuzhou cuisine is available in the Hyde Park location only.