With new kiosk, bar patrons can order food from the restaurant across the street 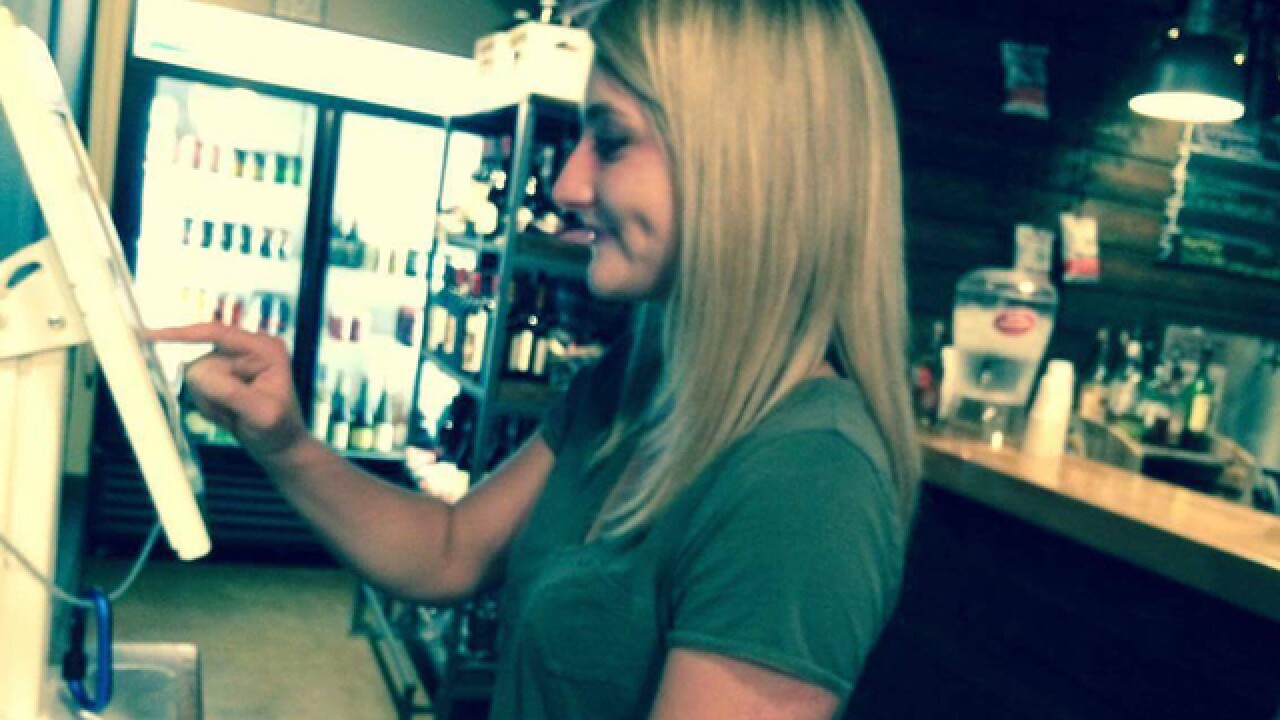 CINCINNATI -- Technology is making it easier than ever to get noshes at your favorite kitchenless brewery or bar.

Online ordering has extended to new wall-mounted kiosks in East Walnut Hills. A handful of businesses in this Cincinnati neighborhood are now digitally linked, and they say it's a trend that could catch on at other places as well.

For months, patrons of The Growler House have been able to order directly from neighboring restaurants using the system, built on an online app called Pico.

Lou Ginocchio, co-founder of O Pie O on Madison Road, said the eatery already was using Pico but wanted to take it a step further. Although his restaurant is right across the street from The Growler House, it wasn't capturing those customers as he expected, so O Pie O and The Growler House worked together to install the kiosk -- basically an iPad behind a case -- near the taproom bar, linking the two businesses to each other. Patrons can scroll, select from the menu and pay. A ticket prints at the O Pie O kitchen, and boom. No smartphone app -- and certainly no (gasp) telephone call -- required.

Although many bars and breweries are, of course, open to outside food, even delivery, so far this is the only known food-sharing kiosk in the city. (Another was installed in March at popular Over-the-Rhine bar Rhinehaus, but it has since been removed.)

"It's pretty awesome, actually, and mutually beneficial for us both," Ginocchio said. "They get a full menu. There's no additional labor for them and, theoretically, it keeps people in the seats, drinking beer. For us, it's an increase in orders."

Mark Farris, general manager at The Growler House, said the kiosk has been a welcome addition -- they have no room for a kitchen add-on, and their previous attempt at sandwiches only caused backups at the bar.

"It's a nice team effort," Farris said. "If you're enjoying the beer selection here, and there's a game on, and you'd rather not go anywhere else, it's a perfect solution. But to me, it really frees up staff to engage with our customers and focus on what we do best, which is beer."

At O Pie O, Ginocchio says they have full access to the back end of the app, which means they can bump up wait times if the restaurant gets busy or add/subtract menu items -- like empanadas, chili, chicken pot pie and desserts. Pico's rate is nominal compared to other online ordering systems such as ChowNow, OrderUp or UberEATS, he said.

Perhaps the only con: missed alcohol sales, Ginocchio said, from patrons who would actually cross the street. But that's offset by the increase in carryout orders, which he said has tripled.

"There's really no down sides," Ginocchio said. "It's available when we're available. It's affordable, it's really easy to use. And we can deliver a really good product really quickly to a neighboring business that we have a really good relationship with.

"I don't see how it couldn't expand into other places," he added.

It hasn't worked everywhere, though. Rhinehaus, the East 12th Street corner sports bar in Over-the-Rhine, installed a similar kiosk in March, an idea that won the hearts of many a Facebook fan ("life changing," "game changing" and "huge!" they said). But the system was removed after "a day or two," according to co-owner Aaron Kohlhepp.

"Gomez became too overwhelmed with orders," he said. "They asked us to remove it until we could have another conversation on how to make it work with their staff."