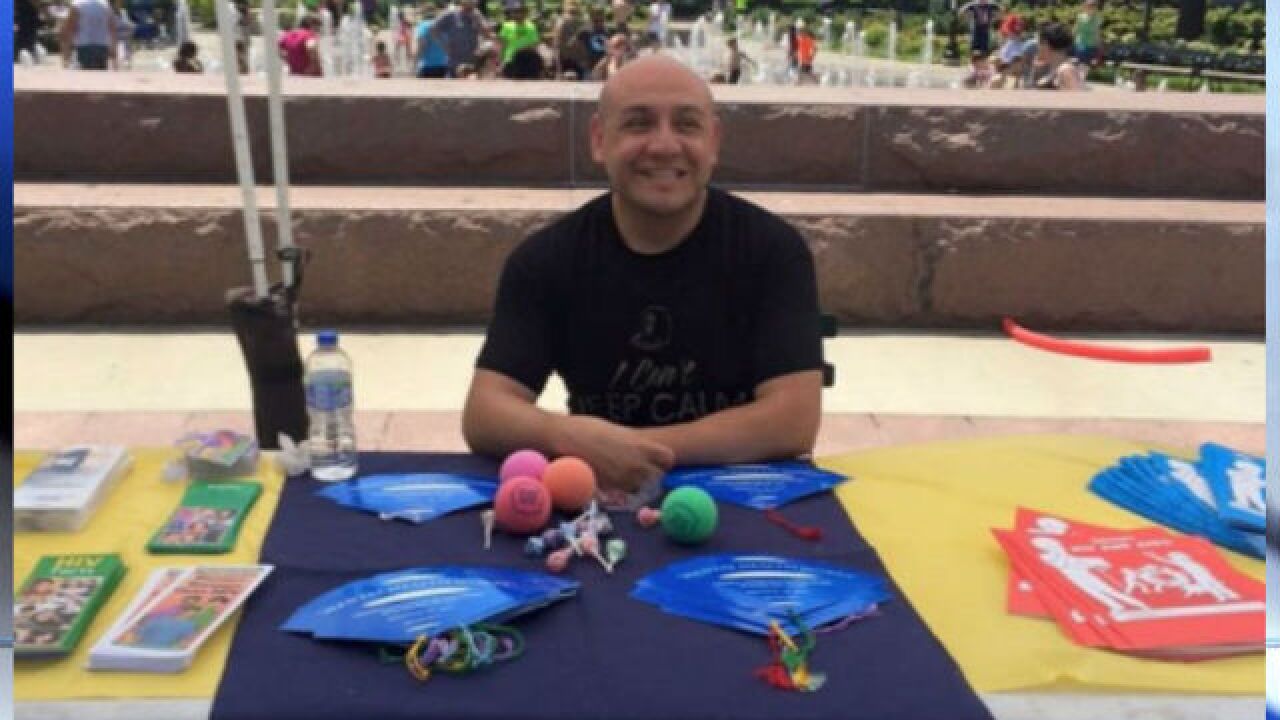 CINCINNATI -- When Central Community Health Board (CCHB) bilingual health educator and counselor Marco Trujillo took to the airways just over a year ago, the response was far greater than he’d hoped.

Trujillo’s show allows listeners to call in or email questions about topics ranging from pregnancy to sexual disease prevention, transmission, testing and treatment. It airs at 10 a.m. on the first Tuesday of each month on 97.7 La Mega FM.

“For those 30 minutes, I’m able to reach more people, letting them know about HIV, about STDs, about how to talk to kids about sex,” he said. “Because right now we have kids with HIV who are 14 years old, and we have pregnant teenagers who are 12 or 13 years old.”

As part of CCHB’s Early Prevention and Intervention Program (EPIP), Trujillo visits schools, community organizations and churches speaking about practicing safe sex and testing. He offers counseling to those diagnosed with HIV along with support and education for family members. Trujillo also takes his one-man crusade to the streets, passing out safe sex kits and informational pamphlets. He said he’s become a recognizable figure throughout neighborhoods including Price Hill, Springdale, Fairfield, Norwood, Forest Park and Over-the-Rhine; someone people trust regardless of the language they speak.

“Basically my position is bilingual health educator, and of course I speak Spanish, and I was focusing more on the Hispanic population,” he said. “But now there are people there who speak English who are trying to reach me because they trust and feel comfortable talking with me and I can direct them to the right place for help.”

According to Hamilton County Public Health assistant health commissioner Craig Davidson, community outreach and increased testing are vital to reducing infection rates. Although Hamilton County was once the leader in newly reported cases of HIV and STDs, Davidson said officials have seen numbers declining across the board. In 2014, the county led Ohio with 282 cases of syphilis, but recently-released fourth-quarter figures show a decrease of 39 cases during 2015. Columbus now leads the state.

“We’re happy to report additional progress year after year,” he said. “The last couple of years, we’re showing the overall rates to be trending downward.”

The 2015 HIV fourth-quarter report showed an overall decrease of eight cases, down from the 147 reported during 2014. The greatest increase occurred in December, with 20 new reported cases. Health officials in Hamilton County worry that the 2015 data, coupled with the sharp increase in newly reported cases of hepatitis C, could indicate increased IV drug use in the Tri-State.

“That is a definite concern and keeps us up at night,” Davidson said. “We don’t want to see what happened over in Scott County, Ind., happen over here. We’re very vigilant and aware in reviewing the data on the cases that we interview and investigate. We track those sort of risk behaviors and trends and monitor that very carefully.”

“We’re seeing increased numbers of tests every year, in addition to our boots on the ground work where we go out and do the contact, tracing and make sure people get tested and treated,” he said.

In the Hispanic community, Trujillo said, there are a number of factors keeping people from coming forward for testing. Besides the cultural stigma surrounding speaking openly about sex, he said, both language barriers and fears of being reported as undocumented keep people in the shadows.

“In the Hispanic community, there’s an extra barrier due to the language and lack of information on how everything works,” she said. “We do case management with the families to see if they need help to see a doctor or with an appointment, to make sure they know their rights – they have the right to have an interpreter. It needs to be a professional interpreter and not just a family member.”

The nonprofit offers a full range of free STD, pregnancy, glucose and mammogram screenings, along with a comprehensive list of family services to address legal, health and safety needs.

“We have a good relationship here with the Hispanic community,” Schemmel said. “We are very helpful with what we provide. If we present information, we make sure that the information is reliable and they are getting good resources and not somebody who might take advantage of them.”

To demonstrate the need for HIV and STD education in the Hispanic community, Trujillo reflected on some of the calls he’s received while on air. He said he frequently gets questions about contracting STDs or getting pregnant from swimming in public pools. Recently through the radio show, he was able to help the wife of one of his former clients who died of HIV complications. No one knew the reason for her husband’s death, he said, and people in the Central American country where she lived mistakenly believed it to be Ebola and refuse to treat her. Since he intervened, he said, she’s getting the care she needs for HIV.

“I’m the voice of those who have no voice because it’s something they don’t want to talk about,” Trujillo said. “And they ask me, ‘Are you positive or are you negative?’ And I tell them I’m negative, but you don’t have to test positive to support this cause. “