With a nimble nature and a mission behind its madcap culture, Oodle is a digital marketing force 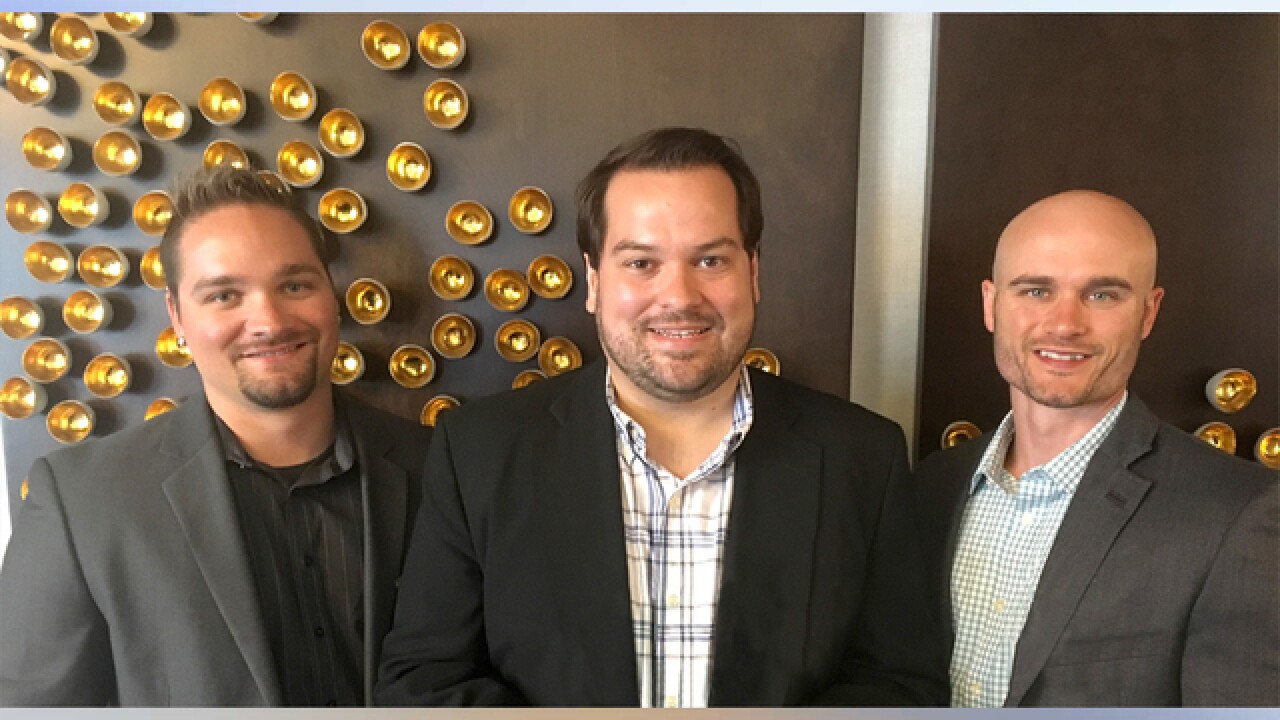 LOVELAND, Ohio -- It would seem that cracking a prestigious industry list would give a company a serious case of seriousness.

Then again, maybe you just remember your name is "Oodle."

In August, the digital marketing company, which reported having 480 percent growth in sales revenue over the past three years, broke into the Inc. 5000 list of America’s fastest-growing companies for the first time, at No. 856.

When it announced the honor on its blog, the company posted a humorous series of graphics to illustrate its growth. This caption underlines a drawing of some coffee cups: “Our coffee consumption has increased by 1,300 percent, based on our rough, Starbucks-stained napkin math.”

A drawing of people and dog shapes explains that the company had five employees in 2013 and 21 in 2016, plus five alternating office dogs. The number of dogs is “subject to increase at any time. In fact, it probably already has.”

A floor-plan illustration shows that the company quadrupled its floor space to 4,000 square feet by moving into a new space in Loveland, where the partners built a new Ikea kitchen themselves.

The caption? “They may or may not have had the proper permits at the time.”

The owners of Oodle aren’t afraid to goof around on their website either. This is from the “Our Culture” section: “Never use the word ‘killer’ around (co-owner Ryan Hughes) or prepare yourself for his ‘How to Hide a Body in a Concrete Floor’ monologue delivered with a disturbing nonchalance.

“Now where is the intern no one has seen for months?”

“We’d rather not come to work if we can’t have fun,” he said.

What does Oodle do?

“If it lives on a screen, it’s in our wheelhouse,” Mark said.

Who started the business?

Mark, Ryan and co-owner Jon Rhoads grew up in the same neighborhood. As teenagers, Mark and Jon started their first business, building websites, in 1999. That inspired Ryan to start a similar business.

After a few years in the corporate world, they came together in 2009 to form Oodle.

How big is the business?

They have bootstrapped the business without any venture capital money, and proudly say they’re a debt-free company.

To what do they attribute their success?

The aforementioned culture, for one. It’s a great hiring tool, Rhoads said.

Another plus, Mark said, is that the owners didn’t come from an ad agency background, so they approach problems from a business perspective.

They’ve intentionally built a team like themselves, of “entrepreneurs that are now intrepreneurs,” Mark said. Eight of the team members have owned their own business.

“That’s unique,” he added. “When you sit across from the client, all of a sudden, the questions are about influencing the business outcome.”

The owners also place great importance on their quarterly, weekend retreats when they step back, think about the business and plan for the next 18 months.

“We’re not afraid to pivot … if something’s not going according to plan,” Rhoads said.

Adding at least half a dozen employees this year and about the same amount next year.

One big growth area for digital will be one-to-one marketing, Mark said, because companies know enough about individual shoppers’ online buying habits to market to them directly.

And more widely available tools such as livestreaming have “completely changed the game of how brands can connect with customers and share something important,” Ryan said.