Bring it, winter: Tri-State crews gear up for the season's worst with new technology and flexibility 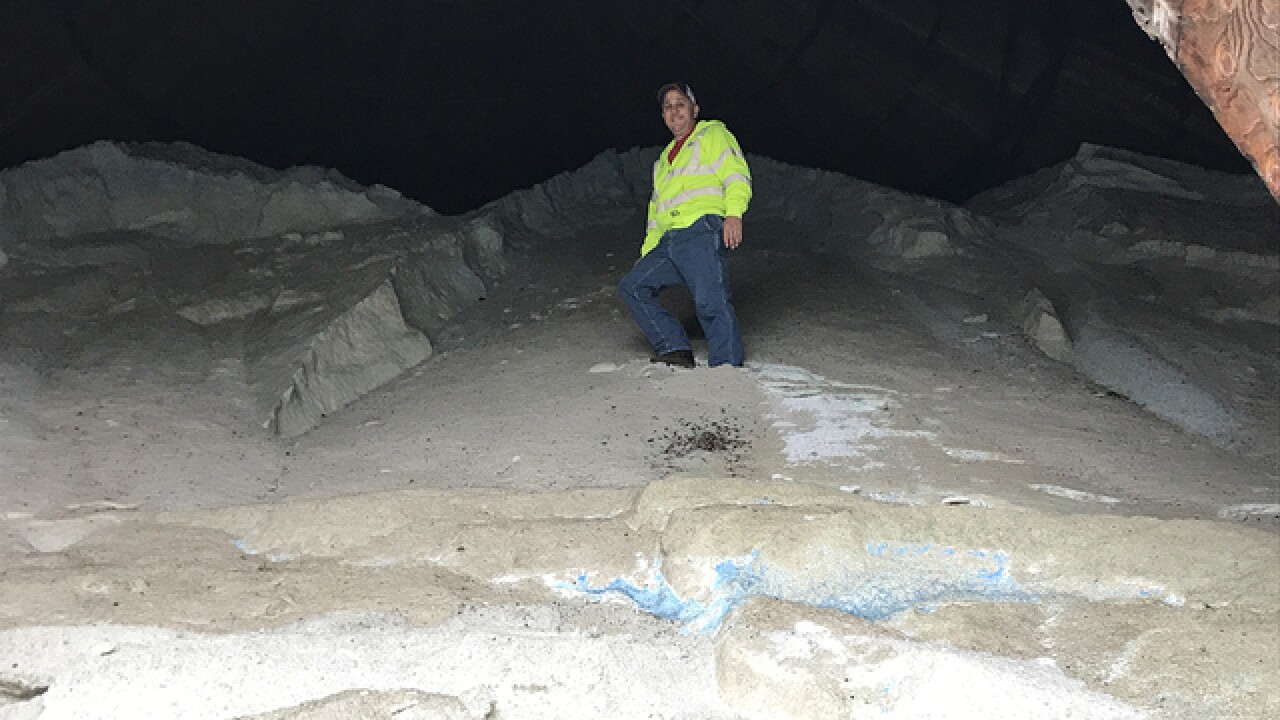 CINCINNATI -- Digital dashboards, snowplow web trackers and new equipment are part of the arsenal Cincinnati and other communities are amassing to get ready for clearing snow-covered roads.

The National Weather Service in Wilmington, Ohio, is predicting a slightly warmer than normal winter for now, but that doesn’t mean there won’t be snow, ice or freezing temperatures.

You might be asking what normal is. Know that the NWS considers last year -- when trees were blooming and tulips came up in February -- an “abnormal” winter, so snow and ice are probable.

Cities are ready either way. In fact, most are just topping off salt stock that’s left from last year and hoping they won’t have to reorder much more.

Remember the salt shortage of 2014-15? Salt domes were already facing problems in October 2014, and prices were hitting $104 per ton.

That’s not a problem this year, said Dave Neff from the Boone County Public Works Department. “Our salt on hand is sufficient and we’re ready to go, and suppliers have salt on hand” if they need to reorder, he said.

Prices vary according to supplier and range from about $55 per ton to $70, according to a mix of city and county officials.

Cities and counties also may use liquid de-icers such as calcium chloride, beet juice or a salt brine, which can be used in advance of a storm in some conditions.

Cincinnati added 10 dump trucks to be used in the winter. Another plus, a new digital tracking service, will let residents see in real time where the trucks are, according to the Department of Public Services. The tracker will be operable during bad weather at CincyInsights’ website .

Most local governments had some kind of training in the last month, including a snow plow rodeo that happened in October in Ohio. Trucks across Greater Cincinnati are in various stages of being calibrated for salt or liquid de-ice applications.

Mason trains staff from other departments to help during a storm crisis. "We're trying to get everyone in the city involved in snow and ice," said David Riggs, public works director. The city has been training staff from engineering, utilities and parks who can't do their jobs in bad weather as part of their winter crews.

"It's a command structure that also trains us for other emergencies like a tornado," he said.

Kenton County concluded training -- mostly a walk-through for veteran road workers -- on Nov. 3. The county clears about 275 lane miles of road, including Thomas More Parkway that leads to St. Elizabeth in Edgewood, as part of their contract work for Crestview Hills.

Cincinnati has the most lane miles to clear at more than 3,000. It has 81 pieces of winter snow equipment, including the 10 new trucks.

Mason is using some of its trucks to pick up leaves right now, said Riggs. Those trucks have to be switched back to snow if winter weather hits.

It may be a while before a snowplow-worthy storm hits the area, but Wilson and others are already reminding people to have a plan to get their cars off the streets.

"It makes clearing roads so much faster," she said.