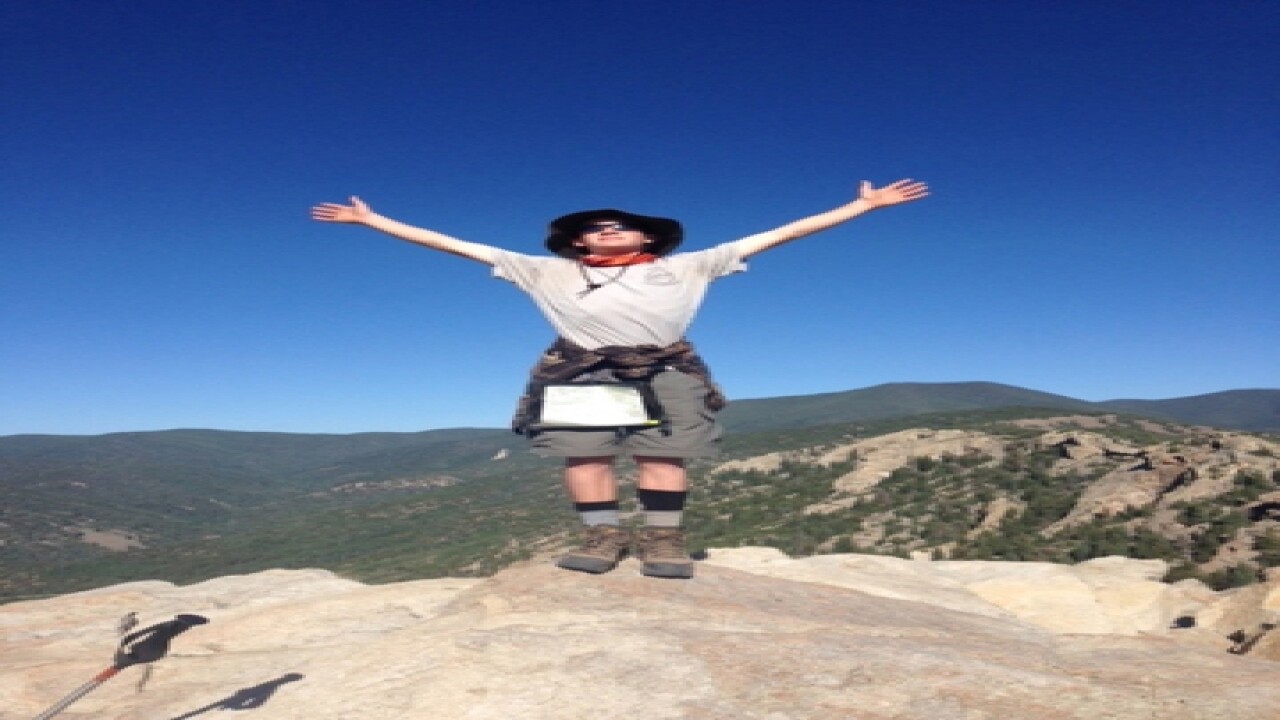 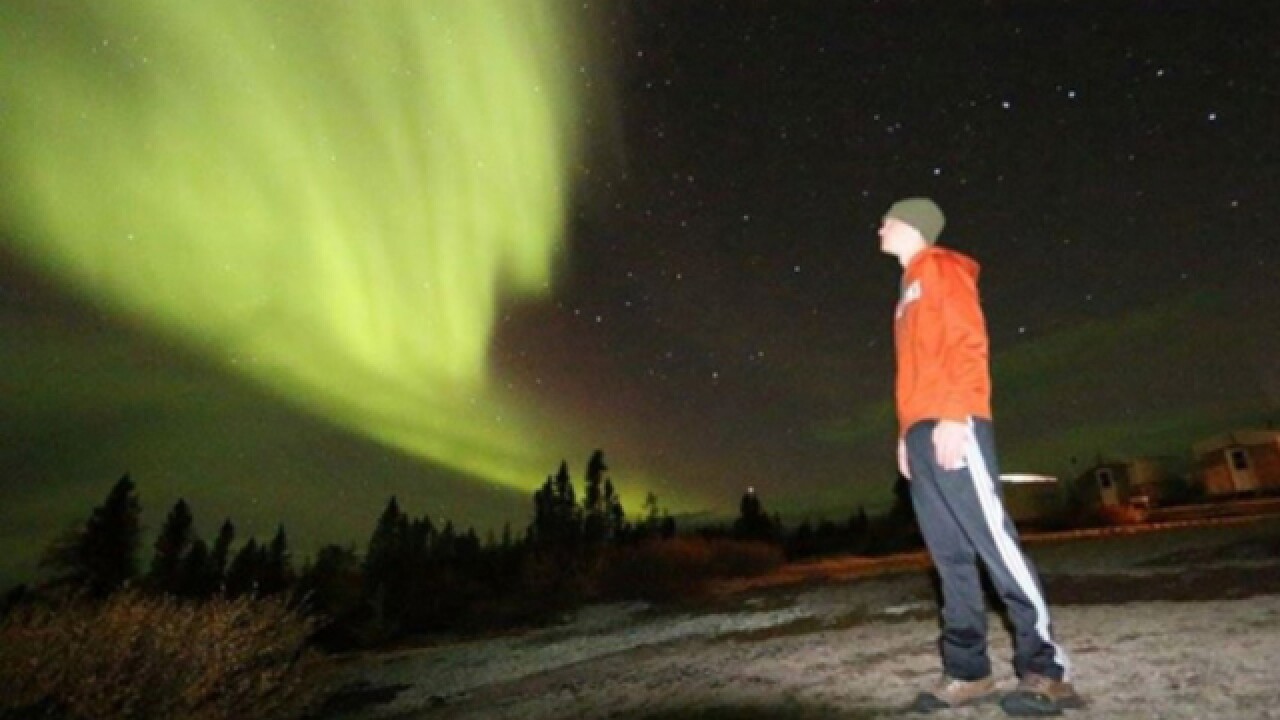 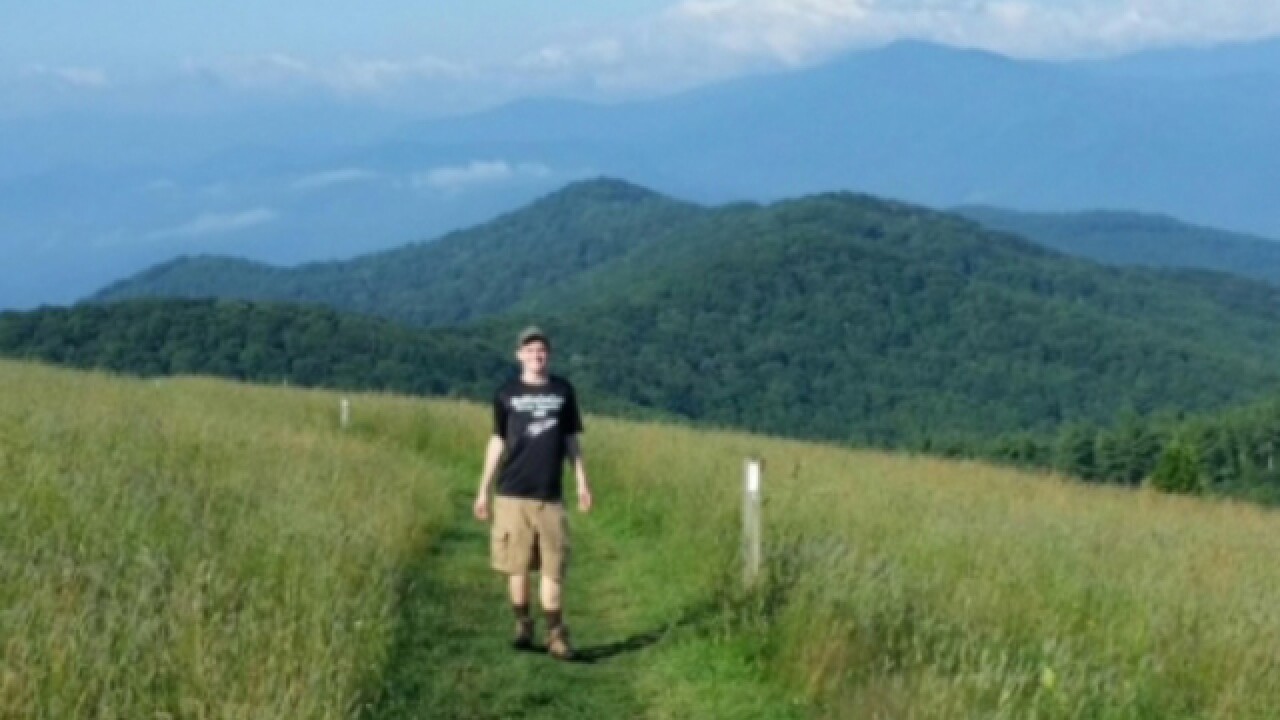 McNicholas High School seniors who graduated May 22 will likely begin their summer attending graduation parties, working summer jobs and planning for college. But for 18-year-old William Babb, graduation will mark the beginning of a five-month solo hike through 14 states along the famed Appalachian Trail.

Babb, an Eagle Scout from Milford, embarked on his adventure a few days after graduating from McNicholas to fulfill a longtime dream to hike the entire 2,189 miles from Springer Mountain in Georgia to Mount Katahdin in Maine.

Inspired by stories his uncle told him about his own hike on the Appalachian Trail — dubbed “the A.T.” — Babb read a few books on the topic and realized he wanted to take on the trail someday as well.

“Freshman year in high school I decided I really wanted to do it and I’ve been planning since then. I’ve been counting down the years and now it’s finally here,” Babb said.

“I wanted to do it before college, a job or family would pull me away,” he said. “I knew the dream was not going away, so I may as well do it when I know I can.”

In addition to a childhood spent camping, hunting and fishing with his family, Babb’s training as a Boy Scout has taught him first aid and wilderness skills that will help prepare him for a long backpacking trip.

From an early age in Scouts, Babb’s former Scoutmaster, Jim Kopcha, recognized Babb’s energy, passion, confidence and innate leadership ability. Kopcha saw that Babb was naturally taking on a leadership role among the boys, so he encouraged Babb to become senior patrol leader for the group.

When Babb started high school and began having other interests, he wavered in his commitment to continuing with the Boy Scouts. He expressed concern that the scout group was doing mostly car campouts where they would drive to a camp site and set up tents, Kopcha said. Babb was seeking something more adventurous.

Kopcha encouraged Babb to stick with scouting and gave him the freedom to plan a survival campout — five items per person — and also take on the role of junior assistant scoutmaster. On subsequent camping trips in rugged terrain in Minnesota and New Mexico, Babb acted as a leader, Kopcha said.

“He really took these two major outings and gave the young men a kind of an adventure they may not have had without his leadership,” Kopcha said. “He’s just a remarkable young man as far as being willing to help, not having to ask to help, willing to carry loads that were well in excess of recommended weight levels of backpacks just to help get things accomplished and done.”

“He’s always had an interest in the outdoors. Our family has always been camping, hiking and outdoor-oriented. Our kids have been camping since they were two years old,” Betsy said.

Upon returning from a two-week scout trip hiking in remote portions of New Mexico, Babb told his mother how much he liked the quiet of the wilderness. That experience led him to disconnect from Facebook, Betsy said.

Babb is taking a “gap year” – deferring college for a year after high school, popularized recently in a White House announcement about Malia Obama – to hike the A.T., but he plans to attend Ohio State University in the fall of 2017 to study environmental engineering.

He anticipates that it will take him several months after the hike to acclimate to his former lifestyle.

“I will be living out in the woods and will be used to a simple lifestyle so it will take me three to six months to get back into a routine, readjusting my diet again and having running water,” Babb said. “It will be a big adjustment not being outdoors all the time and I will probably be craving some adventure and time out in the woods.”

To prepare for the nearly half-year trek, Babb has been reading various websites and at least a dozen books on what it’s like to hike the Appalachian Trail, including how to mentally prepare for being out in the woods on such a long hiking journey in mostly mountainous terrain.

Babb won a contest that supplied his gear for the trip from Roads, Rivers and Trails, an adventure outfitter in Milford whose owners also helped Babb plan and organize his trip.

He will carry everything he needs on his back including a tent, sleeping bag, sleeping pad, water filtration, cooking system and a head lamp, among other things. He will carry a few days’ supply of food and water at a time for a total pack weight of about 30 pounds. The rest of his food will be picked at mail drops – he’s mailed food ahead to himself -- or bought in the towns flanking the trail. He’ll have a cell phone – more than 90 percent of the trail gets cell reception – to check in with his family or for emergencies.

He said it has been a challenge to plan his food. He needs to find the right balance of nutrients and calories with food that doesn’t weigh much but will fuel him for the 17 to 18 miles he plans to walk each day.

Although Babb is hiking alone, he is sure he will meet up with some of the many other hikers that tackle the A.T. each year. Babb will start the trail walking with his parents the first day. After eight or nine miles, his mother and father will turn and head back to their car while their son heads north. Although she supports her son’s endeavor, Betsy Babb admits when they hike their separate ways on the trail “that will probably be when I start crying.”

Babb’s primary worry is not making it to the mountains of Maine at the end of the trail before it is closed due to snow. He has some concerns about ticks and Lyme disease or getting injured, but he isn’t fearful of bears. He knows to keep his food away from his tent at night in a special bag, plus he’s already stared down a charging bear on a caribou hunting trip with his dad in Manitoba -- and lived to tell the tale.

“When you get to understand William, being outdoors is his comfort zone," Kopcha said. “He has the knowledge, the equipment, the determination and the tenacity to easily be successful on this adventure.”