Will Jay Bruce play or be traded? 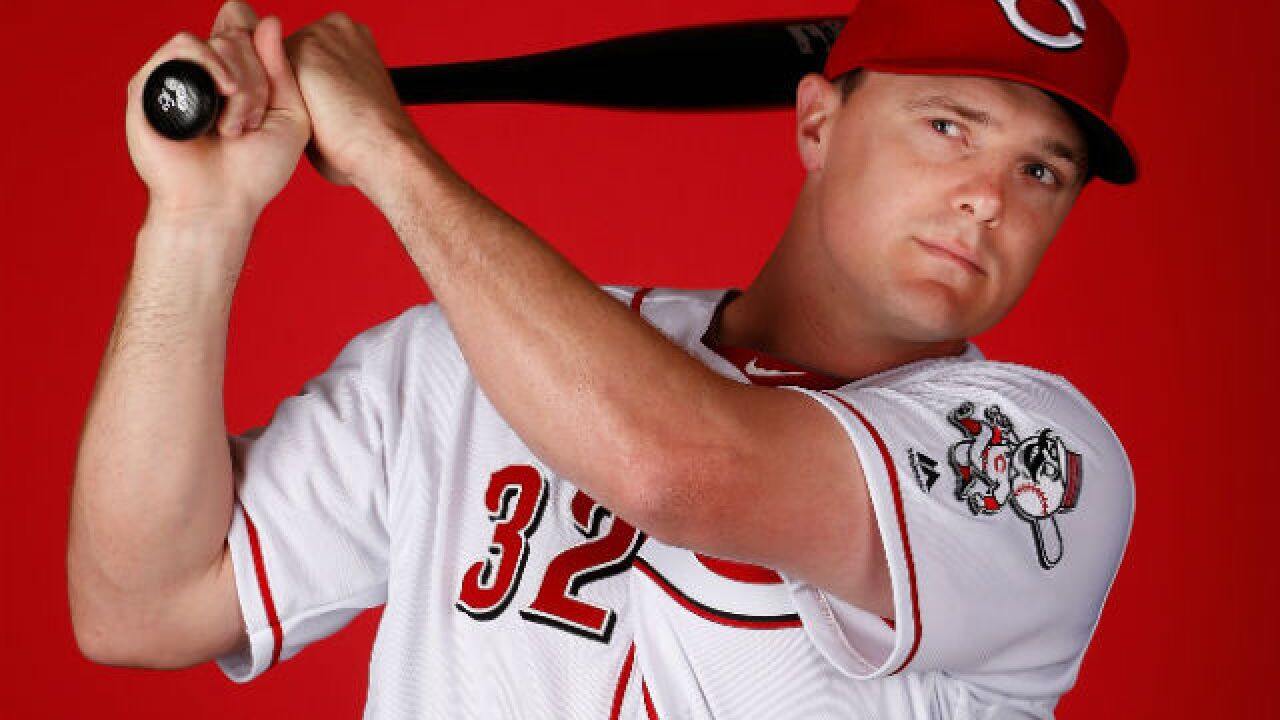 Longtime Reds beat writer John Fay is breaking down nine key questions about the Reds. A story addressing one of the questions will run each day between now and Opening Day.

Question 3: Will Jay Bruce remain a Red, and what can we expect from him at the plate?

A couple of days after Bruce showed up at Goodyear, Arizona, the club worked out a trade that would have sent him to the Toronto Blue Jays. The trade, of course, never happened, because one of the prospects the Reds were to get in return had a physical issue.

So Bruce remained a Red. For how long is uncertain. But at this point, it looks like he’ll be in the Opening Day lineup for the eighth straight year.

Bruce is under contract for this year, and the club holds a relatively inexpensive option ($12.5 million) for 2017.

There may be only one path for Bruce ever getting to 2017 as a Red. And it’s a long shot -- the kind of long shot on which a $2 bet earns you a couple of hundred bucks: Bruce would have to hit like he did in 2013, and the Reds would have to be in contention for the club not to trade Bruce before the Aug. 1 deadline.

No one outside of the Reds clubhouse expects them to contend. As far as Bruce hitting like he did in ’13, that’s a fairly long shot at this point as well. He hit .217 in 2014. That could be blamed on returning too quickly from knee surgery.

Bruce is still young. He turns 29 the day before Opening Day. He’s two seasons removed from winning back-to-back Silver Sluggers as the best-hitting right fielder in the National League. Bruce has hit more home runs than any right fielder over the past eight seasons. With power down throughout baseball, that has value.

There’s no reason he can’t be the hitter he was in 2012 and ’13 again. He’s talked about dropping his hands this spring to restore his power. He’s had a good spring. He went into Monday hitting .326 with a home run and 10 RBI in 46 at-bats.

Most encouraging? He had only seven strikeouts and five walks.

But a good run in Arizona isn’t going to mean a lot until Bruce does it in the regular season.

And, at this point, if he hits well in April and May and the club struggles as expected, it likely will mean the Reds get more for Bruce when they do trade him.

Wants To Be A Red

Bruce always has said he wants to be a Red for life. He won’t even talk about the possibility that that won’t happen. He says this feels like a regular spring.

“It would be different if I wasn’t here,” he said. “I feel at home here like I always have. I feel very good health-wise. I feel great. I don’t speculate any future plans until they happen.

“You try to help this team win. I try to get back to the player I was before 2014. Just be better than I ever have been.”

The irony, of course, if he does that, it will likely hasten his departure.