Will Cincinnati City Council give $7M from its rainy day fund for FC Cincinnati stadium project? 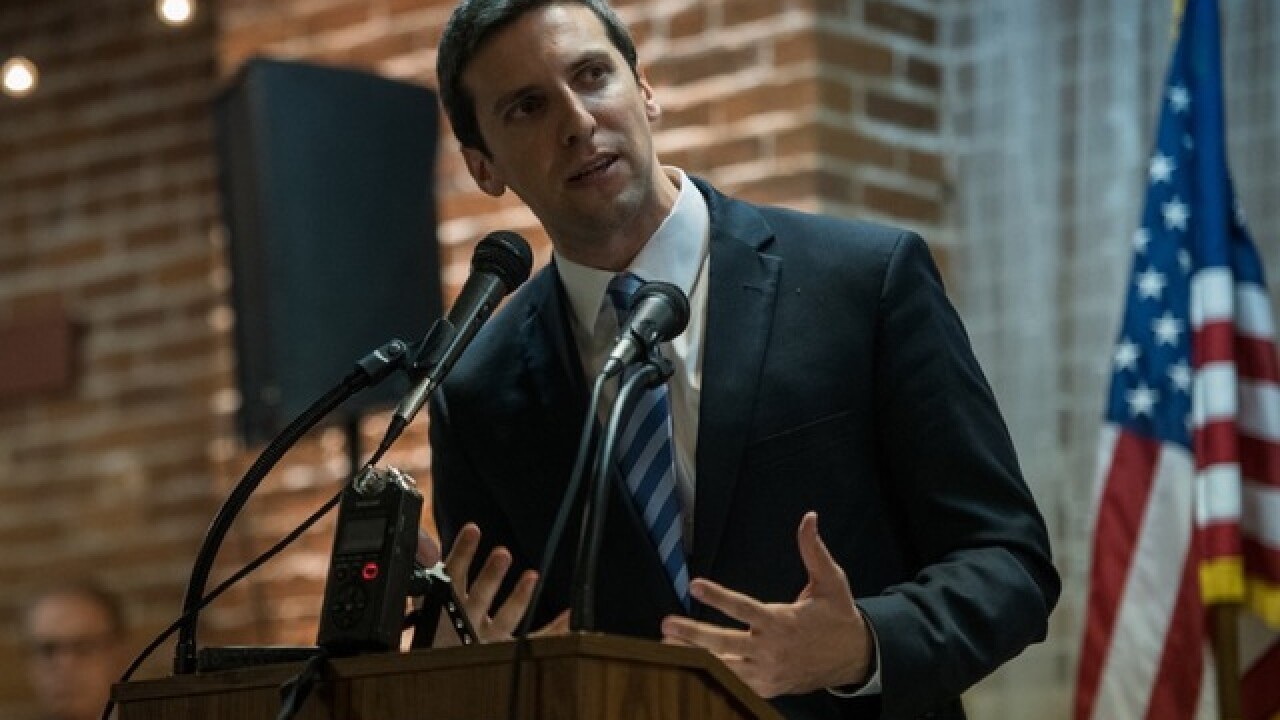 CINCINNATI -- The millions left from Cincinnati’s sale of Blue Ash Airport land were supposed to be tucked away in a rainy day fund to protect the city in case of an economic downturn.

But if Mayor John Cranley has his way, the $7.38 million that remains will instead pay for new roads, sewers and other infrastructure to support a 21,000-seat soccer stadium for FC Cincinnati in Oakley.

“Spending money is easy, saving money is harder,” Councilman P.G. Sittenfeld said in May, when he sponsored the motion to save the airport sale cash “to build up our safety net.”

On May 24, council members voted to save the last bit of airport money from the sale of 130 acres more than a decade ago. They earmarked it to a special reserve account to “protect the city’s ability to maintain needed vital infrastructure and public safety and deliver high-quality basic services, even in the event of a national economic downturn,” according to the motion.

Just six months later, that same council must now decide whether to use those savings for a stadium project.

Council will first take up the issue at a Budget and Finance Committee meeting on Nov. 27, and a final vote is expected at the Nov. 29 council meeting.

With the deadline approaching for FC to nail down plans for a soccer-specific stadium as part of its bid for a Major League Soccer franchise, city and county leaders have been rushing in the weeks after Election Day to come up with a financing plan that satisfies everyone.

Last Friday, Cranley unveiled his $62 million financing plan that is expected to cover $37 million worth of infrastructure for the stadium. The deal is contingent on the county paying for a $15 million parking garage.

Michael Jones, a University of Cincinnati economics professor, analyzed Cranley’s proposal and said it is “light years” ahead of a deal the county and city hatched in the late 1990s to pay for Great American Ball Park and Paul Brown Stadium.

But Jones was still critical of the plan -- mostly the mayor's promise to hand over $7.38 million straight from the city’s coffers.

“I haven’t seen numbers that suggest this is the best return on investment,” Jones said. “If the city wants to give this money, they haven’t put out a single number to suggest why the money should go to FC Cincinnati instead of the (U.S. Bank Arena) or the convention center.”

Or the money could be used to lure Amazon to build its headquarters here, Jones said. Cincinnati is one of at least 100 U.S. cities vying for Amazon's second headquarters location.

“You’re spending it on entertainment vs. investment,” Jones said of the Blue Ash Airport money. “This is ($7.38) million less that could be going to Amazon.”

But Councilman Kevin Flynn believes the stadium project is a good use of the airport funds. Since this pot of money can only be used for capital projects, not city operations, it is best spent on a big project that boosts the entire city.

“This isn’t just benefiting Oakley, this is benefiting the city,” Flynn said. “In the past, we have just doled it out to preferred neighborhoods.”

Although Flynn admits he isn’t a soccer fan, he said he will likely support Cranley’s proposal to help FC Cincinnati.

Here's where the money comes from in Cranley's proposal:

Under Cranley's plan, the Greater Cincinnati Redevelopment Authority -- a government agency most people know as the Port Authority -- would own the team's stadium. That means the city, county or school system could not collect property taxes on the stadium, saving the team's owners roughly $5 million in tax payments every year, Hamilton County Auditor Dusty Rhodes told WCPO.

Yet there are still questions about exactly how much the city’s hotel tax will generate for the stadium.

Cranley has offered up to $1.5 million every year. But the hotel tax is complicated. The city and county collect the funds together and the money helps to pay for the upgrade and maintenance of two convention centers.

Any remaining dollars go to tourism projects that the county and city agreed to fund in a contract, which expires in 2019. So far 2017 has been a good year for hotel tax and, even so, the city will only have an extra $1.18 million on hand to fund those extra projects. In years past, the city has had as little as $900,000 on hand after paying for the convention center costs.

Jones said the team and city haven’t offered enough details to determine what type of return on investment the city will get for its multi-million dollar contribution. The job creation tax credits the city has already offered, for example, usually require the business to provide employment and salary data before approval. That data hasn’t been released to the public.

“It’s unusual when you think of other tax incentive deals -- you have to break down what’s the average salary going to be, how many jobs are you going take,” Jones said. “Why are they not holding this to the same type of standards?”

Cranley needs five of the nine city council members to vote for his plan. While Flynn is supportive, another council member, Chris Seelbach, has criticized it on social media.

“If they want public dollars, lets have the public benefit just as much the wealthy white guys,” Seelbach said in a Tweet on Nov. 17.

How about we give FCCincinnati the public dollars they want for infrastructure in exchange for partial ownership of the team, equal to our investment verse total costs? That's what this new stadium is about, the ability to increase value of team exponentially as an MSL franchise.

Sittenfeld did not return several requests for comment but posted on Facebook that he would not support Cranley’s plan.

Meanwhile, other council members are staying quiet about how they will vote. It’s expected to be close.

Flynn is optimistic the votes will shift in Cranley’s -- and FC Cincinnati’s -- favor.

“As an observer of politics I can only assume the mayor is not floating a plan that is doomed for defeat,” Flynn said.