Will Bengals agree to music venue near Paul Brown if tailgaters get game-day concerts? 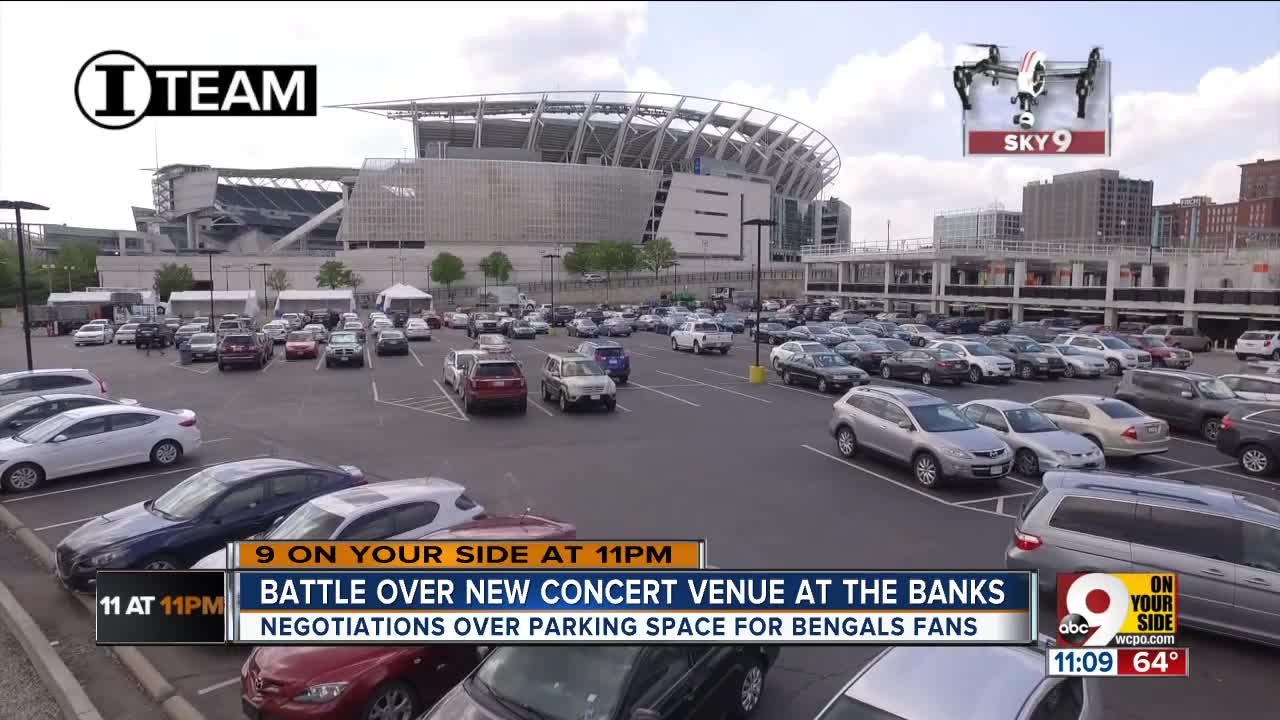 Hamilton County commissioners want a new riverfront concert venue built next to Paul Brown Stadium, but the Bengals' approval may not come cheap. Several bargaining chips are on the table: Stadium upgrades, extending the Bengals contract beyond 2026, game day concerts for tailgaters and building a new domed practice facility for the team. In an interview with WCPO , Hamilton County Commission President Todd Portune said negotiations with Bengals owners have been very positive and "are coming to a close," but the dispute over where to build the music venue has opened a broader discussion about the Bengals' future in Cincinnati. "We're taking advantage of this opportunity to raise a variety of issues with the Bengals," Portune said. 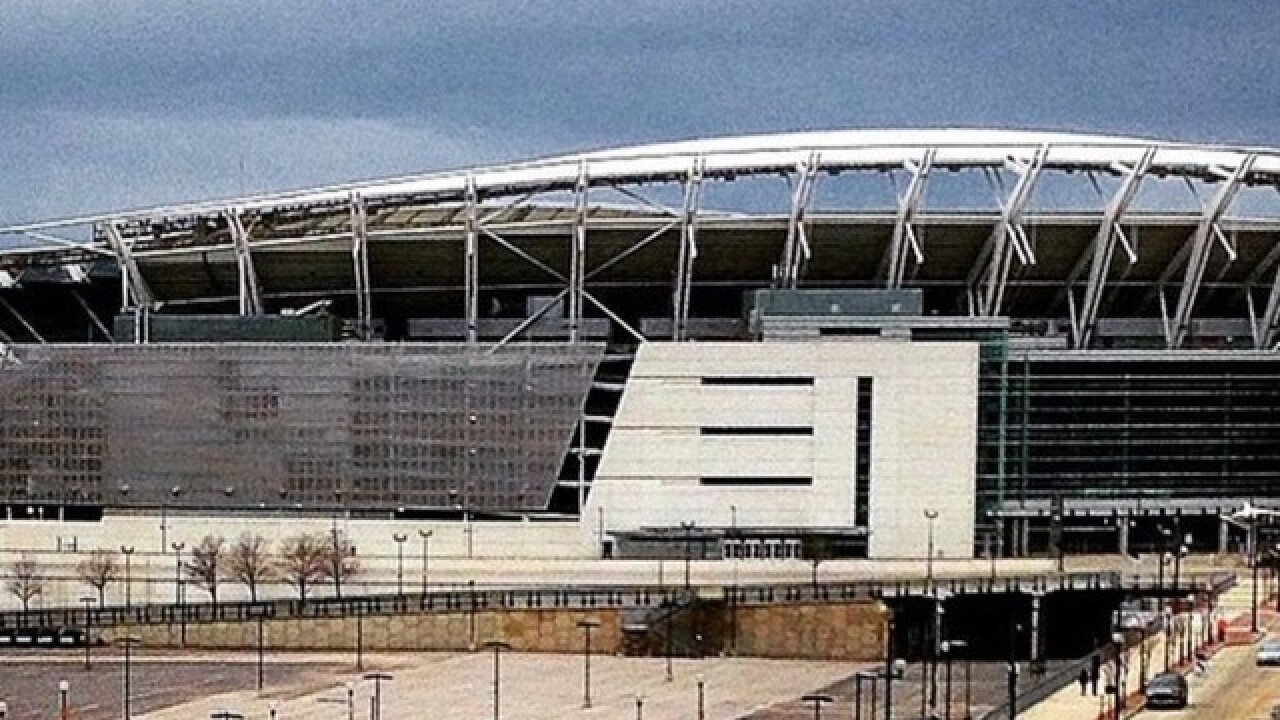 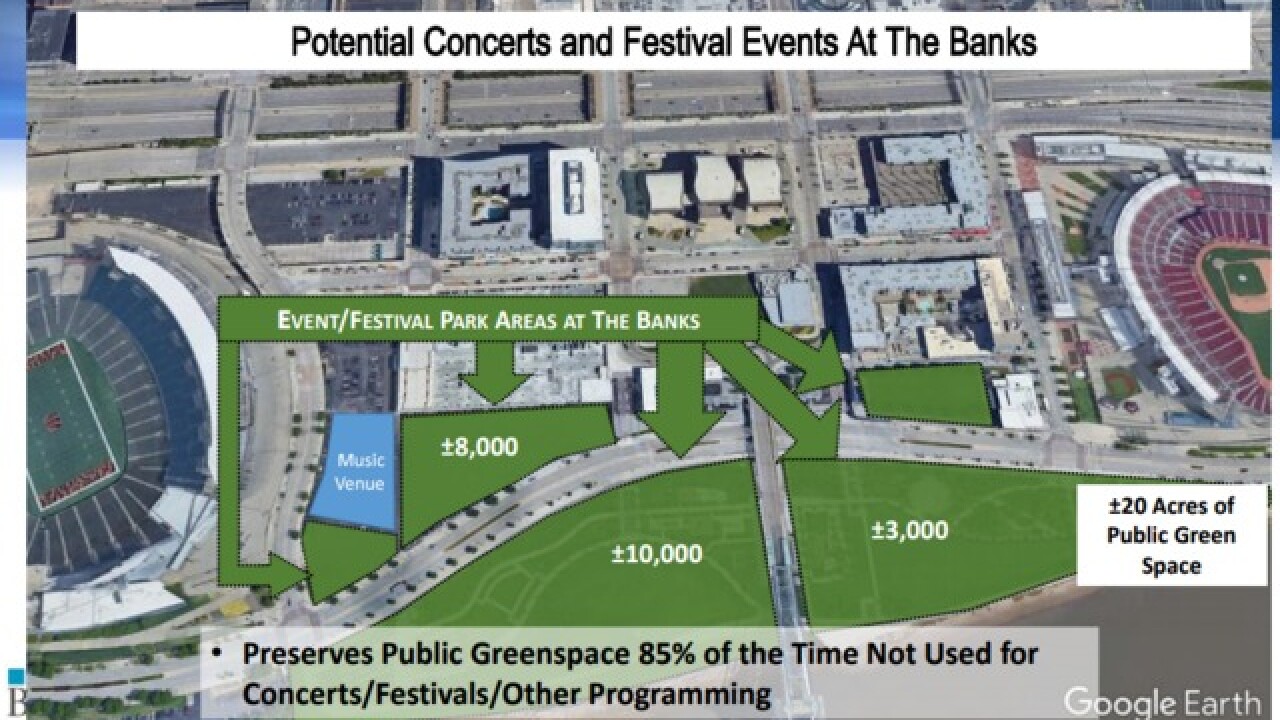 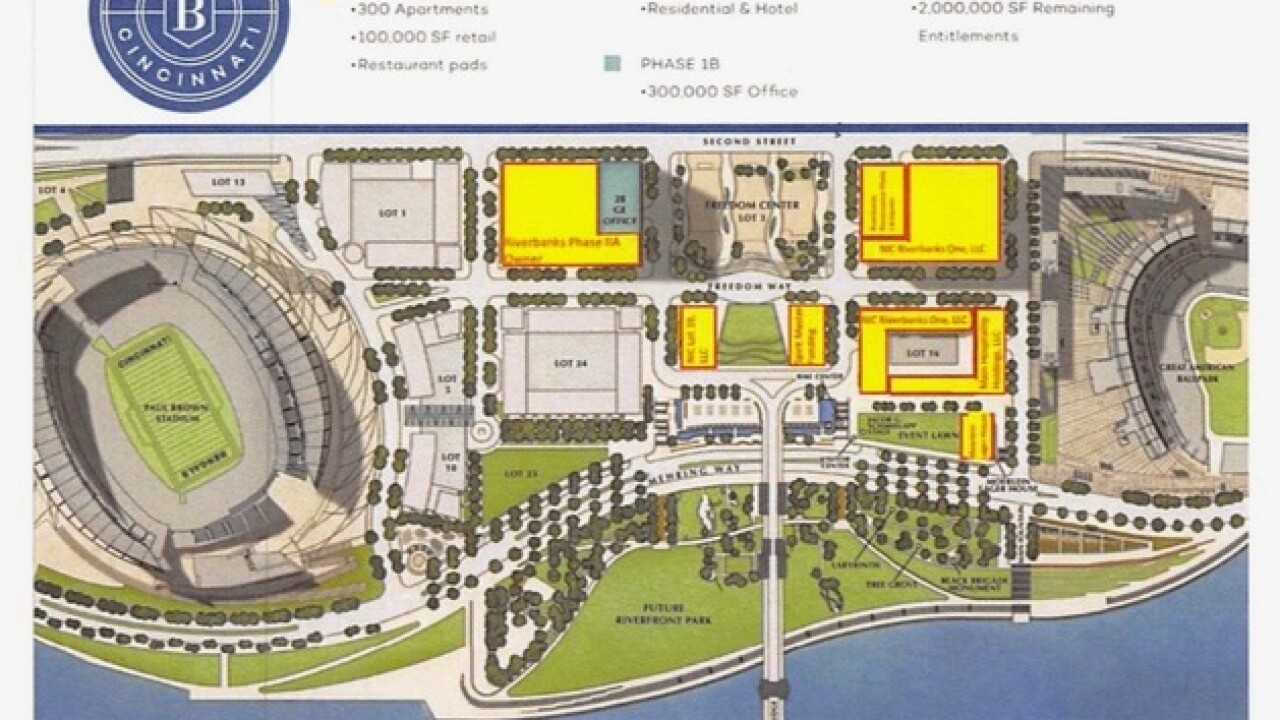 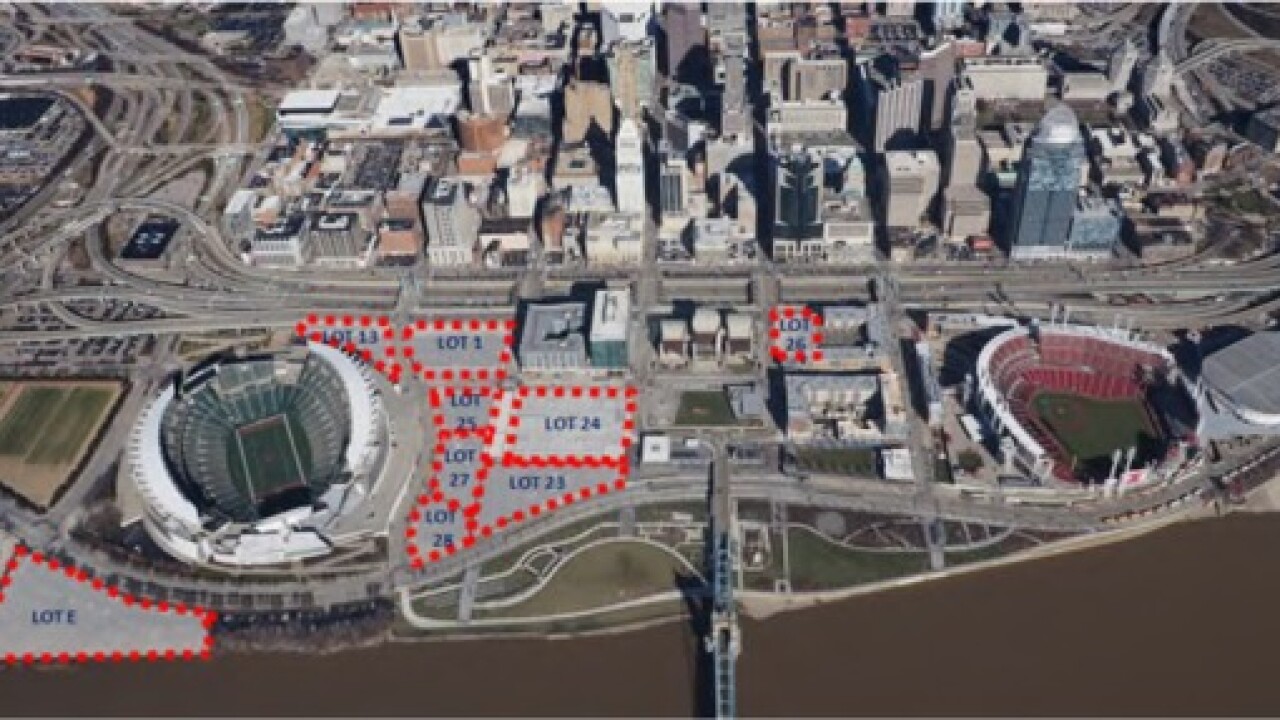 Several bargaining chips are on the table: Stadium upgrades, extending the Bengals contract beyond 2026, game day concerts for tailgaters and building a new domed practice facility for the team.

In an interview with WCPO , Hamilton County Commission President Todd Portune said negotiations with Bengals owners have been very positive and "are coming to a close," but the dispute over where to build the music venue has opened a broader discussion about the Bengals' future in Cincinnati.

"We're taking advantage of this opportunity to raise a variety of issues with the Bengals," Portune said.

The fight over the location of a new concert venue at The Banks began in June, when city and county leaders chose the Cincinnati Symphony Orchestra as the developer of a 4,000-seat music venue.

The CSO wants to build next to Paul Brown Stadium on Lot 27 and use parts of Lot 23 and 28, including green space near Smale Riverfront Park.

The Bengals want to keep that space open for pre-game tailgating, however, and city leaders said in June that the team threatened to veto the deal. Instead, the team wants the music venue built on Lot 24 -- a parcel further away from the stadium where a proposed residential and commercial development is to be built.

Representatives of the CSO and Bengals both declined interview requests.

Under a lease signed with the county 20 years ago, the Bengals can veto any building taller than three stories or an auditorium that seats more than 3,000 near the stadium, according to a June memo from Cincinnati Solicitor Paula Boggs Muething.

But Portune doesn't believe the Bengals have a "veto right," and county leaders refuse to change the location of the music venue.

"We are firm," he said. "The county is firm that we're going to build the music venue at the three lots in question: Lots 23, 27 and 28. We're not going to build it anywhere else. We're moving forward at that location."

Since negotiations began, the Bengals have warmed to the idea of a concert venue as a next-door neighbor, Portune said.

"That goes way beyond the kind of tailgating open-air experience that you can get with keeping some areas open for surface lot parking," Portune said.

The CSO and its subsidiary, MEMI, also offered the music venue to the Bengals for game day concerts, he said.

"They didn't know that they would be able to have access to the performance on game days," Portune said. "They were pleasantly surprised to learn of that benefit. "

If the Bengals agree to let the CSO build on their preferred site, development on Lot 24 can begin.

"The fantastic commercial development that can exist there will allow us to take advantage of a $10 million dollar state grant that we run the risk of losing," Portune said.

Portune wouldn't reveal details of the potential developer but said office towers and hotels with windows and balconies looking directly into a stadium are being built at other NFL cities.

"The Bengals have always talked about how they'd like a domed practice field," Portune said.

They may also get stadium upgrades out of the deal.

"That facility is here and we need to make sure that that facility remains a state-of-the-art, attractive facility, no matter who plays there," said Portune, who wants the stadium ready for a 2026 World Cup game.

Canada, Mexico and the United States will host the 2026 FIFA World Cup and Cincinnati is competing to be a host city. A total of 16 cities will be chosen to host games as part of the 80-match tournament, with sites announced in 2020.

The county's lease with the Bengals has been controversial since voters first agreed to build the football stadium and the Cincinnati Reds' stadium on the city's riverfront. Taxpayers have invested nearly $1 billion on the stadiums since voters approved a sales tax levy to construct them.

Under the lease, Hamilton County taxpayers were to begin paying $2.67 million in game-day costs this year. However, the cash-strapped county couldn't pay the Bengals because it faces a $29 million budget deficit.

That money will come from sales taxes the county puts aside every year to make upgrades to the stadium. The upgrades will include new security cameras, escalator renovations, updated sales registers and locker room maintenance.

Any future improvements related to The Banks riverfront development would not come from county coffers, Portune said.

Paul Brown Stadium has been open for 18 seasons. The current lease expires in 2026, but Portune wants the Bengals to commit to staying longer.

Until a deal with the Bengals is reached, the CSO can't break ground on the music venue. Although design and planning work is taking place now, the fall 2019 opening date may be delayed.