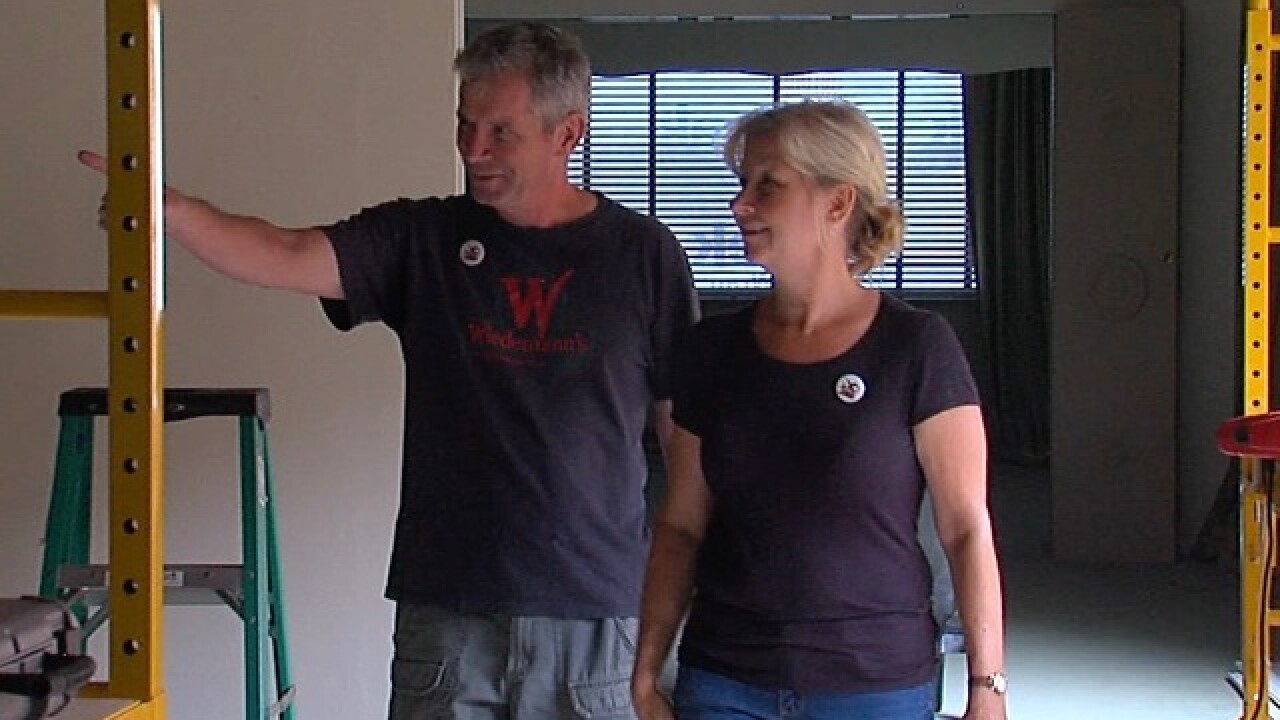 Copyright 2017 Scripps Media, Inc. All rights reserved. This material may not be published, broadcast, rewritten, or redistributed.
Scott Wegener | WCPO
<p>Jon and Betsy Newberry show off the future home of Wiedemann Brewery and tap room. </p> 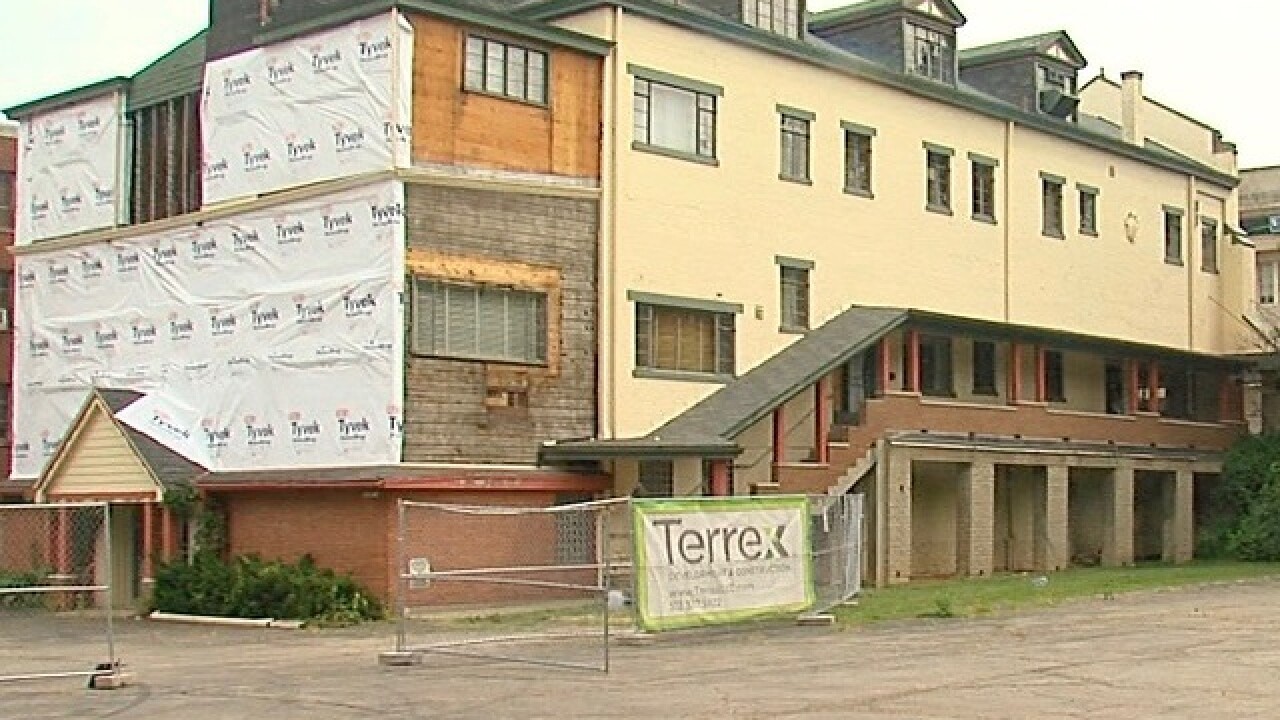 ST. BERNARD, Ohio -- Wiedemann, a once-proud beer brand looking for a resurgence, was searching for a new home.

St. Bernard, a proud “village” that lost its city status in the 2010 census, was looking for a business to pump new life into its old business district.

The match was made in beer heaven.

On Wednesday, it becomes official when Wiedemann breaks ground on a new brewing building and the renovation of a grand old funeral home.

The former Imwalle Funeral Home will be transformed into a three-story tap room, deck and special events center spread across 12,000 square feet.

A new 3,500-square-foot brewery will be built just behind the existing building with the capacity to brew 5,000 barrels a year. That would put Wiedemann in the middle of the pack of Greater Cincinnati's thriving craft brewing craze, larger than Streetside's 3,000-barrel capacity and Brink's 1,500-barrel capacity, for example. But it is far smaller than Mad Tree, which produced 20,000 barrels a year before expanding in Oakley.

Plans call for a kitchen to be added soon to serve bar fare.

In the shadow of a Miami-Erie Canal retaining wall, a beer garden will be built where a crumbling parking lot now sits.

“I chose it because St. Bernard made us an offer we really couldn’t refuse,” said Jon Newberry, Wiedemann Brewing owner.

The project’s total cost is estimated just below $3 million, and it has been a long time coming.

Groundbreaking is a milestone for Newberry and his wife, Betsy, in a multi-year effort that began when Newberry snatched up the Wiedemann trademark in 2012 after the Pittsburgh Brewing Co. canceled its registration.

That same year, Newberry rolled out a new, craft-quality Wiedemann pilsner that was brewed on a contract basis in Wisconsin. The new beer was well received at Greater Cincinnati bars and supermarkets, but he stopped most production in 2015 to concentrate on developing his own brewery and tap room.

Through perseverance and with the help of an enthusiastic partner in St. Bernard, Newberry has pulled together the design and financing on the project to break ground with the goal of opening in March.

At 4811 Vine St. in St. Bernard, Wiedemann will be easily accessible from Interstate 75 and the Norwood Lateral in a business district that many people might not have thought to visit in recent years, Newberry said.

The masonry building was built in 1921 and has aged well.

“We’re going to give them a reason to come here with their families and give them some good times,” he said.

Paul Myers, St. Bernard building and planning director, was thrilled the project worked out. The village bought the old funeral home and property for $700,000 about three years ago, with the hope of luring a brew pub or other attraction.

Wiedemann exceeded expectations with its scale that required new construction.

To boost the brewery’s chances of success, St. Bernard sold the property to Newberry for $700,000, with the agreement that every dollar that Newberry puts into the project will be forgiven over five years.

“Essentially, after five years, you’ve gotten the building at potentially zero cost to you,” Myers said.

In return, St. Bernard gets a net gain of $2.3 million in new money pumped onto the site, he said.

“Hopefully, he’s going to bring all kinds of new people to the village,” Myers said. “On the business side, it will bring more people in spending dollars.”

In the heart of St. Bernard’s Vine Street business district -- its main street -- the anchor business should boost nearby property values, he predicted.

“As we expose more people to St. Bernard, you realize it’s a really well kept, orderly town right in the heart of everything,” Myers said.

Jon and Betsy Newberry didn’t have to be sold. They already live in the village.

“There’s been a lot going in here in the past few years, with streetscaping, moving utitlities underground on Vine Street,” Jon Newberry said. “At night it’s very inviting, very safe. The police station is right down the street. Some other new businesses have moved in in recent years.”

Newberry plans to distribute kegs, cans and bottles throughout the region once the brewery is up and running. He’ll add a variety of styles to the flagship pilsner, including some seasonal brews that have a little fun with the building’s history as a funeral home.

“People always are coming up with ideas,” Newberry said, laughing.