Who knew baby hippo cookies could sell so well? Busken did!

Bakery is known for its savvy marketing 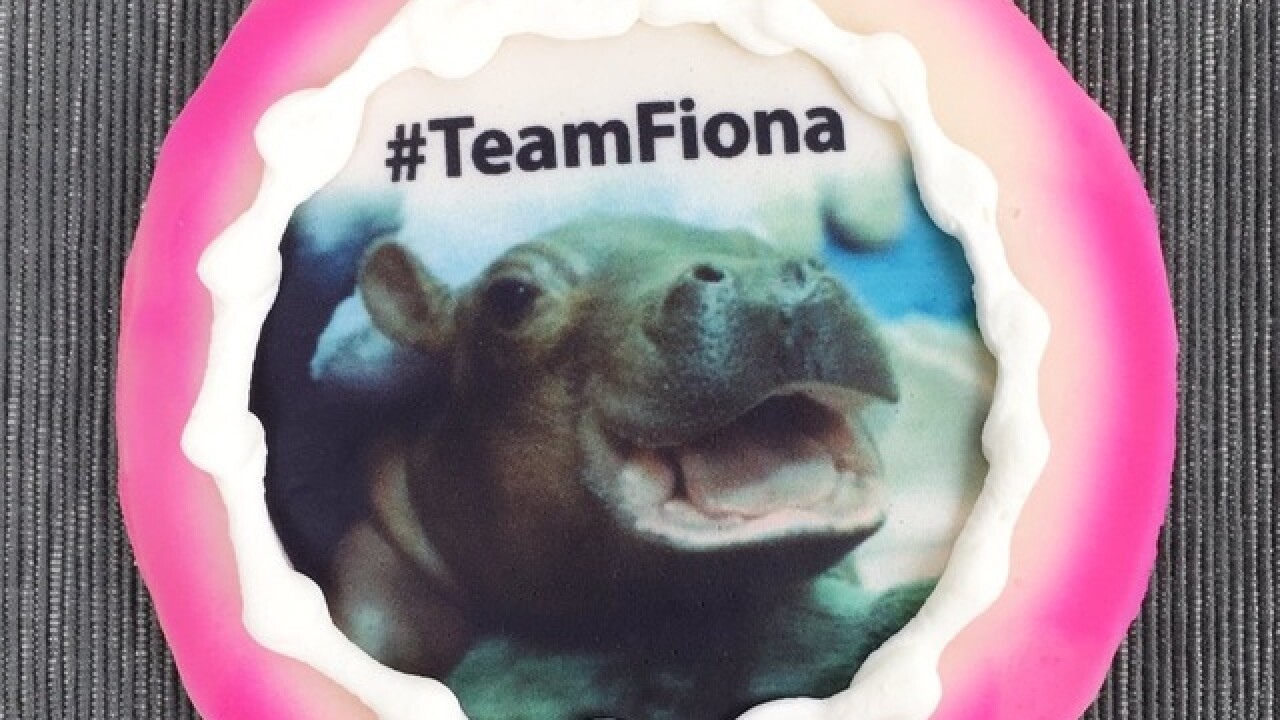 CINCINNATI -- Budding entrepreneurs, take heed. You can never find enough ways or occasions for customers to use your products.

You could do worse than to adopt Busken Bakery as your model for marketing. The independent baker's been in business since 1928, buoyed by its savvy marketing.

"If there's a chance to celebrate anything, we want to be a part of it," owner Page Busken said. "When people are celebrating, they don't think much about the calories they are eating. When it's time to celebrate something, people usually eat."

And that's a good thing for Busken, whose website urges readers to "have an iced day," a reference to the bakery's cookies covered with frosting.

A good example of Busken's eye for marketing opportunities followed the Jan. 24 birth of Fiona, the first hippo born at the Cincinnati Zoo & Botanical Gardens in 75 years. Born six weeks early, the hippo has been bottle-fed by zoo staff, which is providing round-the-clock care.

GALLERY: Get your #FionaFix here

Fiona captured the hearts of the employees at Busken, who in February sent a cake to her and her caregivers and posted a picture on the company's Facebook page and on Instagram. The cake photo elicited a lot of response on Facebook from people who wanted more Fiona products, Busken HR and Corporate Marketing Leader Alyssa Clark said.

"We wanted to find a way for that love to get back to the zoo," she said.

So the company created cookies with Fiona's photo on them, using a machine that looks like a printer but uses edible ink and sugar. Busken began selling the cookies Feb. 22, donating $1 of the proceeds from each cookie sale to the zoo.

The cookies sold out within hours the next day. As of Feb. 28, #TeamFiona cookie sales had raised $20,844 for the zoo.

It wasn't the ideal time for Busken to introduce a new product, what with the company baking dozens of king cakes and paczkis (filled doughnuts) for Fat Tuesday, the day that precedes the fasting season of Lent.

One reason Busken could produce #TeamFiona cookies so quickly was because in September, the company, which had previously relied a lot on ad agencies, moved its marketing almost entirely in-house, Clark said.

"Now that everything's in-house, we can jump on things … find things that are trending, and go with it," she said.

It also helps that Busken is a small, family-owned company. The marketing department consists of just Clark and two other people, she said.

Busken has long been known for its marketing savvy. Its good-natured "war" with Frisch's restaurants over who has the best pumpkin pie even caught the attention of the Wall Street Journal in 2012.

The company's any-excuse-for-a-pastry philosophy has led it to find marketing opportunities in the most unlikely of events.

It even found a way to monetize the presidential campaign with its presidential cookie poll, in which it sells a cookie stamped with an image of the Republican candidate and one with the Democratic candidate. The cookie that sells the most wins the poll, and the company says that sales have matched the results of every presidential election since it began the promotion in 1984.

January is usually the slowest month of the year for sales, Busken said, so in the late '80s, the bakery began selling cookies with images of the teams competing in the Super Bowl. It sold 60,000 Cincinnati Bengals-striped cookies, versus only 1,500 San Francisco 49ers cookies, when the teams met in January 1989.

It also sold a lot of sticky buns named for Bengals running back Ickey Woods, as well as 49ers apple turnovers. The resulting sales were "like Christmas all over," Busken said.

Busken takes some of its ideas from bakers in other cities, such as the king cake from New Orleans for Mardi Gras and the packzi, which is popular with the Polish community in Detroit. They weren't popular here until Busken began promoting them, Busken said.

Many of its promotions are done with fellow bakers in the Greater Cincinnati Retail Bakers Association, which Brian Busken served as president from 2015-17. Those include packzi-eating contests during halftime of local high school basketball games and an annual doughnut promotion in June on Fountain Square, said the association's secretary, Grace Gottenbusch.

"We look to (Busken) for creative ideas, because they never run out," she said.