Who are Ohio's delegates, super or otherwise? 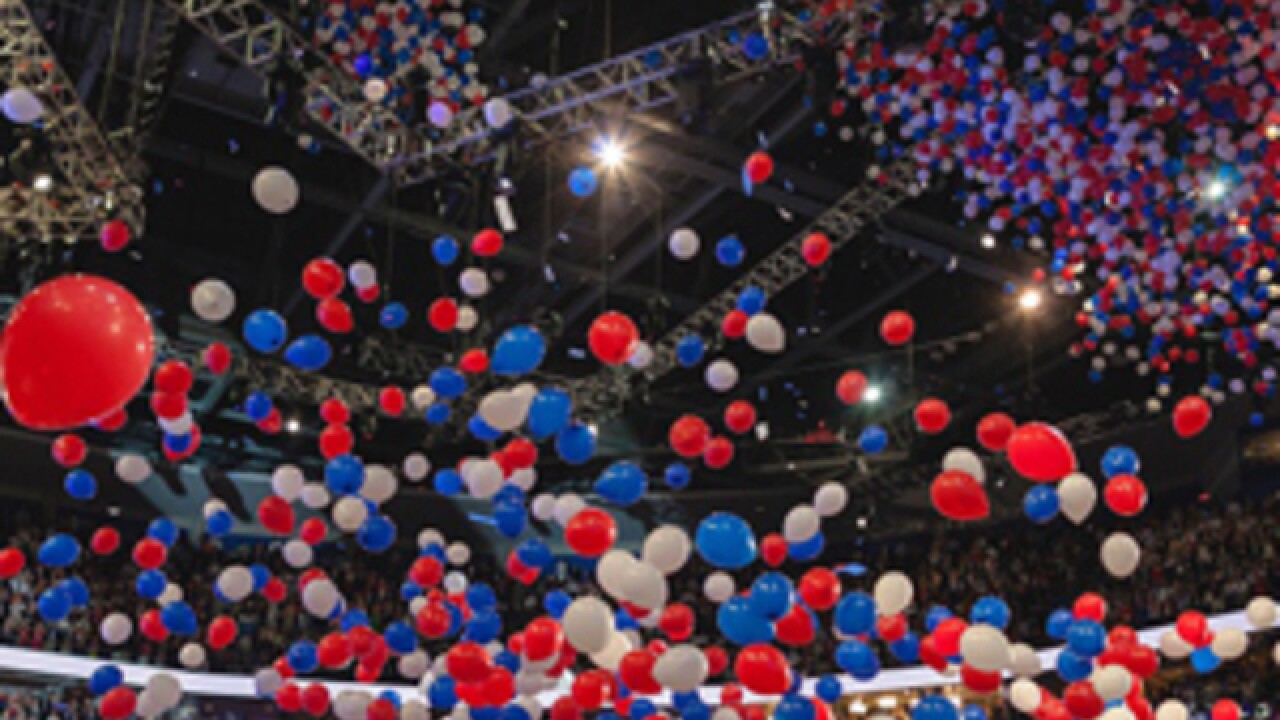 Getty Images/Zoran Milich
<p>Ohio is an important state in the presidential election process, which means Ohio delegates will be a critical factor in both parties' conventions this July.</p>

Which begs the question: If Ohio is such an important part of the presidential process, who are the state's delegates to the two national conventions and how did they get the gig?

The answer, unfortunately, like so many things in this reality-show White House race, is a bit more complicated than just printing up a list of the party functionaries who will represent the winners from the March 15 Ohio primary.

As you've likely heard more than once, Ohio's Democratic party has both delegates and superdelegates. (Republicans have superdelegates, too, but nationally they account for less than half of the 15 percent of Dem supers.)

And while these pumped-up members of the official party apparatus have nothing to do with that terrible Marvel movie about superheroes finally facing off, these mysterious figures do have a kind of super power: they are not bound by the primary results and can switch from backing former Sec. of State Hillary Clinton to Vermont Sen. Bernie Sanders (or vice versa) anytime they choose.

"The Democratic National Committee doesn't allow for a winner-take-all primary, so all of ours are proportional (when it comes to) the at-large delegates," said Bill Demora, the director of delegate selection for the Ohio Democratic Party. After the state's primary, that left Clinton with a majority (81) of the 143 pledged delegates at stake, with Sanders taking a slightly smaller number (62).

A few of the names on the district delegate list for Clinton (52) will likely ring a bell for plugged-in voters. (At press time, Demora noted that Secretary of State John Husted had not yet given final certification of state voting totals in all districts, meaning the 93 at-large delegates chosen for each candidate at January's caucuses had not all been definitively notified about whether they are going to the big show.)

But, you must be asking, where does that leave the PLEOs? You know, the Pledged Leader/Elected Official delegates, which, like the at-large count, are determined by statewide vote percentage and are lumped into the 143? These 19 statewide elected officials, big city mayors, state legislative leaders and other state, county, local elected officials or party leaders (11 for Clinton, 8 for Sanders) are proportionally pledged to either Clinton or Sanders, based on the primary's outcome.

Add in 17 unpledged superdelegates, 14 of whom have committed to Clinton with one officially on Sanders' side, plus the still-neutral Chair and Vice Chair of the state party and you get a grand total of 160 delegates in the mix. That list is culled down from the more than 3,400 Democrats who turned out for 16 Jan. 5 caucuses across the state, where voters chose 93 delegates and 9 alternates for each candidate.

"In this case, the Clinton people are the most established party members and labor, while the Sanders delegates are younger people, including some for whom this is their first go-round," said Demora, who admitted that he was unfamiliar with a majority of the Sanders delegates — rare for someone with more than 20 years of political experience.

Demora was, however, able to list a few names of delegates who are definitely going to make that list.

[Editor's note: You can find a list of the district delegates here under, "Congratulations to our Sanders and Clinton district-level delegates!" — but no direct link to that list.]

Meanwhile, on the Republican side …

"We don’t have superdelegates; that's a creation of the Democrat party," explained Hamilton County Republican party Chairman Alex Triantafilou. "On the first ballot at our convention you are committed to the vote of the people who sent you to the convention."

Triantafilou — who is one of the 66 delegates the GOP is sending from Ohio — made the cut because of his position in the party and because when Gov. John Kasich filed to run for president, he put Triantafilou's name down as a supporter and potential delegate.

"I will count on the first ballot for Kasich no matter what I do," Triantafilou said, noting that if, after the first ballot in Cleveland (July 18-21) no candidate has gotten the 1,237 delegates needed to win outright, well, "everything changes."

If Kasich is not in the running at that point, the Ohio delegation is free on the second ballot (or third, or fourth … ) to cast their lot with another candidate. Back on Dec. 16, all the GOP candidates on the ballot in Ohio had to select 66 potential delegates to the convention.

And once they signed on the line for Cruz, or Kasich, or Trump, or Bush, they couldn't change their mind or switch teams … until the convention. Because Ohio is a winner-take-all state, Kasich's 66 delegates — who qualify as long as they are eligible to vote in Ohio and didn't pull a Democratic ballot in the last election — are going to the big show in Cleveland in July.

"It's usually someone in politics, or who is energized to support a particular candidate," Triantafilou said of the 66 chosen ones.

Among the delegates on Kasich's squad:

Shannon Jones: Member of the Ohio Senate, where she's focused on child and family safety issues, and former member of the Ohio House of Representatives (2007-2009). Has worked in the offices of Steve Chabot, Joe Deters and Mike DeWine.

Here is the full list from the Kasich campaign: